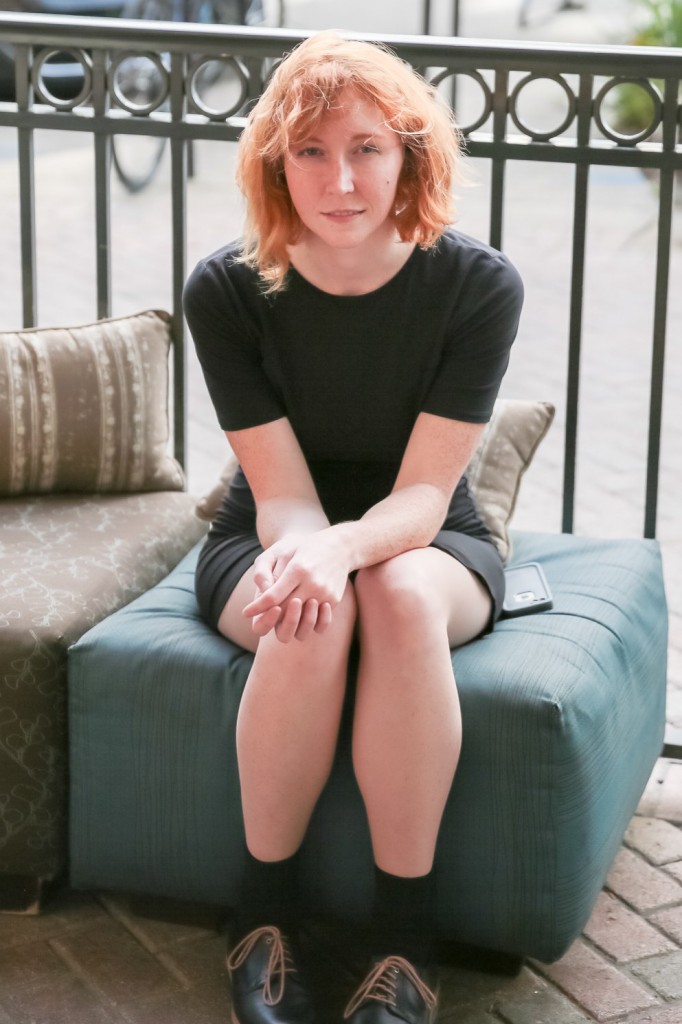 Sojournjones.com began as a resource for Jones to document her first trip to Berlin for a crash photojournalism course, and has since evolved to include her travels across Europe and the U.S., behind the scenes of professional theater and into the front lines of protest zones.

Jones recently graduated with two masters degrees, her Master of Business Administration and Master of Arts in International Management and Intercultural Communication that she earned simultaneously, around the globe, amid a pandemic.

Jones studied with American, German, Polish and Chinese peers in Cohort 19 of the University of North Florida’s GlobalMBA program.

Since the coronavirus became a pandemic, Jones worked with classmates (located in five countries) virtually, holding meetings accounting for the various time zones and utilizing applications such as Zoom and Skype.

Jones earned her Bachelor of Science in Journalism from the University of Florida, with specializations in theatre and photography.

Jones’s journey continues. Check back for the latest.

Jones photographed the March For Our Lives demonstration for tighter gun control in Washington, D.C. on March 24, 2018, which were also featured in the Gainesville Sun. Jones shot the protest for the Richard Spencer event on University of Florida campus on Thursday, Oct. 19, 2017. Jones shot the Rally for Consent in Jacksonville, Florida, in August 2016.

Jones’s most notable photojournalism work is covering the protest led by the Standing Rock Sioux Tribe of the North Dakota Access Pipeline in Autumn 2016, from a warm, sunlit Thanksgiving Day to the temperatures dropping to 17 below at night. Her photographs were featured in the Florida Times-Union, jacksonville.com and Folio Weekly.

Jones’s photojournalism has been exhibited in the Grune Family Gallery, the Hippodrome Theatre Art Gallery and Samuel P. Harn Museum of Art. Other journalistic works, including photographs, news stories and video updates, have been featured in the Washington Times, the Park Record, Broadway World, WUFT.org, the Fine Print, the Alligator and others.

Jones enjoys outreach in the community on a grassroots level at farmers markets and other community events, promotions with local businesses such as giveaways at trivia nights and on social media, and keeping an active online presence on popular platforms such as Facebook, Instagram and Twitter. As marketing director, Jones created customized email campaigns to Hippodrome Theatre patrons and led a team of exceptional, dedicated marketing intern students from the University of Florida and Santa Fe College.

Jones loves theatre photography and working with the media, and shot photos for A Doll’s House, Part 2, Every Christmas Story Ever Told (And Then Some!), A Christmas Carol, Let the Right One In and The Wolves for the 2018-19 season at the Hipp. Last season, she shot The Legend of Georgia McBride, A Year with Frog and Toad, A Christmas Carol, The Royale, Ripcord, The Christians and The Bikinis for the Hippodrome Theatre. Her photos were featured in the Gainesville Sun, WUFT.org, the Gainesville Downtown blog, Gainesville Lunch Out Blog, villages-news.com, and Ocala’s StarBanner.

For fun, Jones paddles white-water rivers in her Pyranha Prelude open boat. She paddled the Skykomish River in Washington at 12,000 CFS, in April 2017, the day she learned to never google the CFS and always go to americanwhitewater.org. She has paddled sections of the Ocoee, Nolichucky, Pigeon and Tellico in Tennessee, Rockcastle and Russell Fork in Kentucky, Gurley Creek and Locust in Alabama, and the French Broad, Laurel Creek, and Nantahala in North Carolina.

Jones professionally guided rafts along the French Broad, Nantahala and Pigeon Rivers, starting with Guide School through the Nantahala Outdoor Center in March 2011. She guided inflatable kayaks on the Skykomish River out of Index, Washington; and when the water levels dropped, rented tubes out and drove the shuttle (the Freedom Wagon) on the Wenatchee River out of Leavenworth, Washington.

Jones elevated and made epic guest experiences for the Ski and Snowboard School as a ski instructor at Park City Mountain Resort in Park City, Utah, from Dec. 2016 – April 2017. Jones loved sharing her knowledge and wonder of the mountains with children, teaching them safe techniques to keep for next time all while having fun. Jones personalized guests experiences for the Stevens Pass Ski and Snowboard School, at Stevens Pass, Washington, the previous winter. Jones trained in a Remote Emergency Medication Technician intensive with Remote Medical International in Leavenworth, Washington.

Jones volunteered as a deckhand on the Hawaiian Cheiftain, a historical educational tall ship vessel based out of Aberdeen, Washington, that provides educational sails to children and adults up and down the West Coast in Spring 2016. Jones taught classes in subjects such as the daily life of the sailor, knots, early trade in the Pacific Northwest and early sailing technology, along with hands-on line handling and educational sails.

Much like early sailors, Jones landed ashore and went to work backstage (theatrical rigging is based off of tall ship rigging) at the Players by the Sea theatre, in Jacksonville Beach, Florida. She donned blacks and worked on the deck crew for Memphis, deck head and prop master for Into the Woods, and dramaturge and onstage in the ensemble for American Idiot.

Jones could be seen acting in the 24 Hour Play Project at the Hippodrome Theatre in Spring 2018, and in Princess Revenge and Tesseract in the Homegrown Playwrights Festival at ART in Gainesville, Fla. in late 2017.

You may manage your subscription options from your profile.