We arrived jet-lagged and exhausted Friday morning. Some of us caught the Fourth of July fireworks from the window seat during our evening flight out of America. I nibbled on airplane “food” and watched movies in German in an attempt to prepare for the next six weeks.

I flew out of Jacksonville, touching down in Newark, Boston, and Frankfurt before finally catching the train to my destination. Mid-afternoon, just about 24 hours after leaving, I walked along the streets of Mannheim, regretting the amount of luggage I brought from Florida. Luckily, the walk to the University of Mannheim wasn’t too far from from the Hauptbahnhoff (“train station” auf Deutsch). 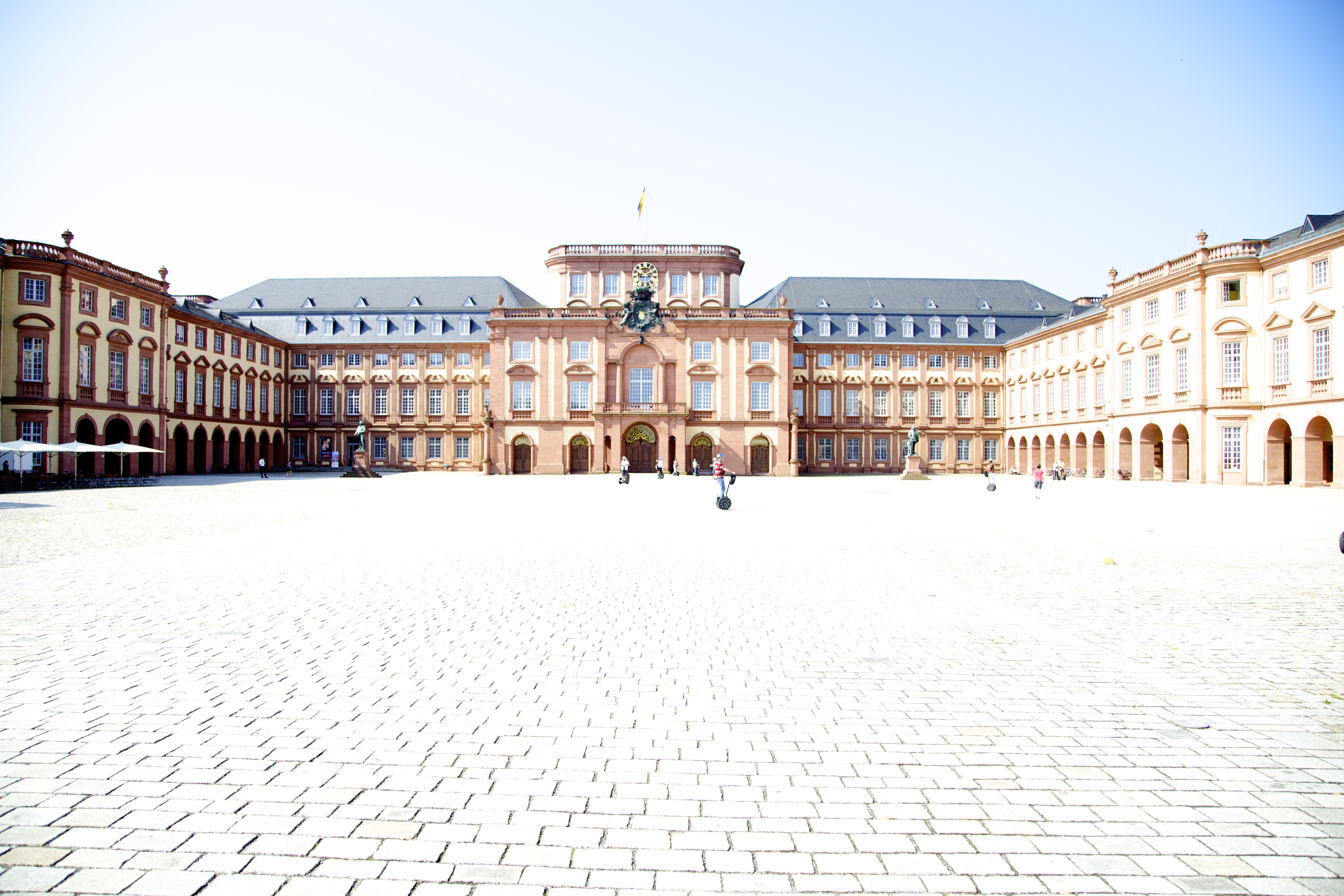 I hadn’t realized I’d be attending classes in a palace(!!!)…As soon as I saw it I was reminded of Versailles in France, and our tour guide on Saturday said that’s exactly what it was based off of.

There’s 18 of us, split into two dorms in the center of the city and two German languages classes in the Schloss (“palace”). We received regional transportation tickets for the trains and buses, and a few of us decided to go on a little adventure our first Saturday here.

The next train out of the Mannheim Hauptbahnhoff was headed for Lampertheim. We hopped on. None of us knew anything about Lampertheim, but it sounded swell. 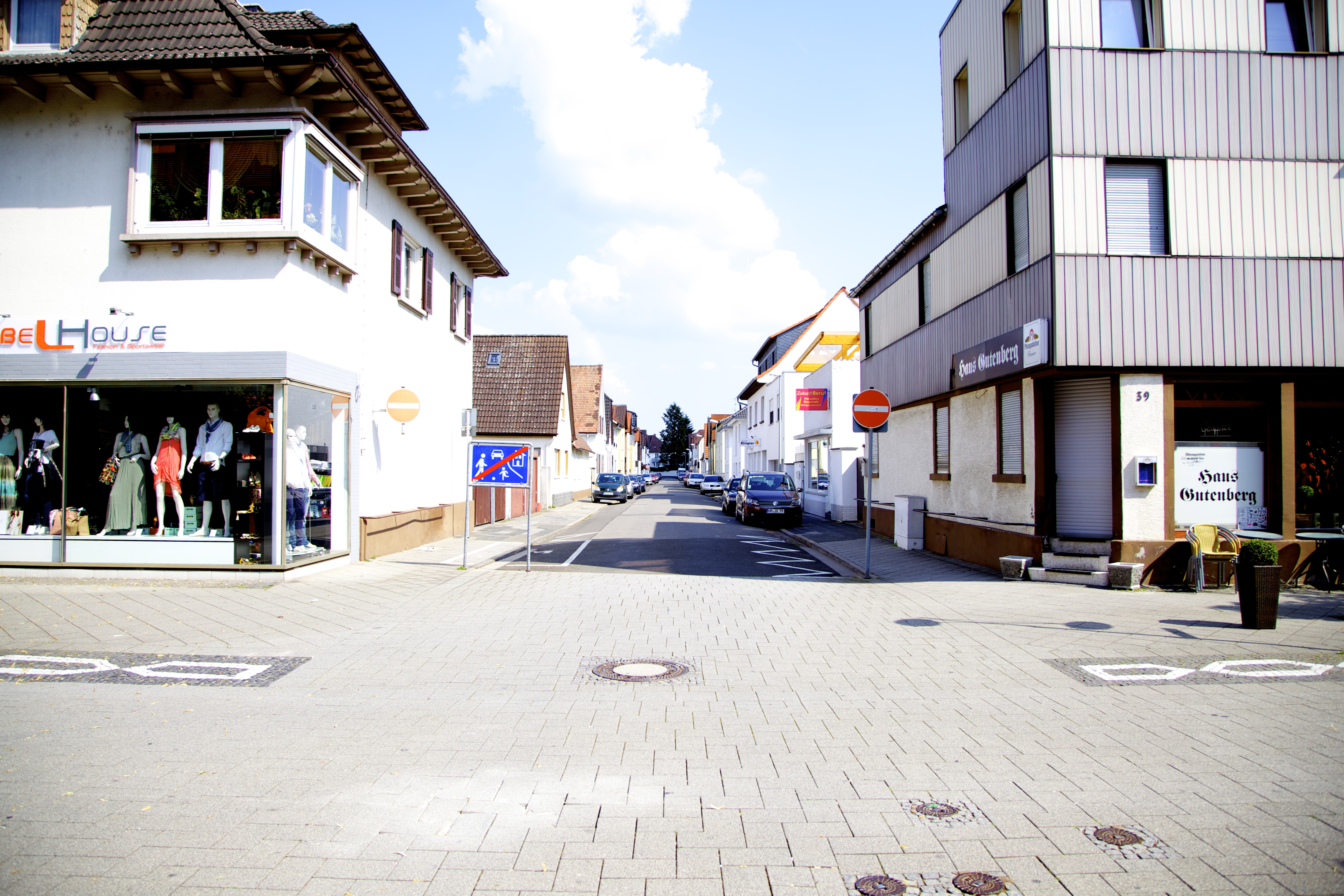 We got off the train and started walking.The streets were empty, bare of people and litter. It looked spacious even with the (huge) houses along 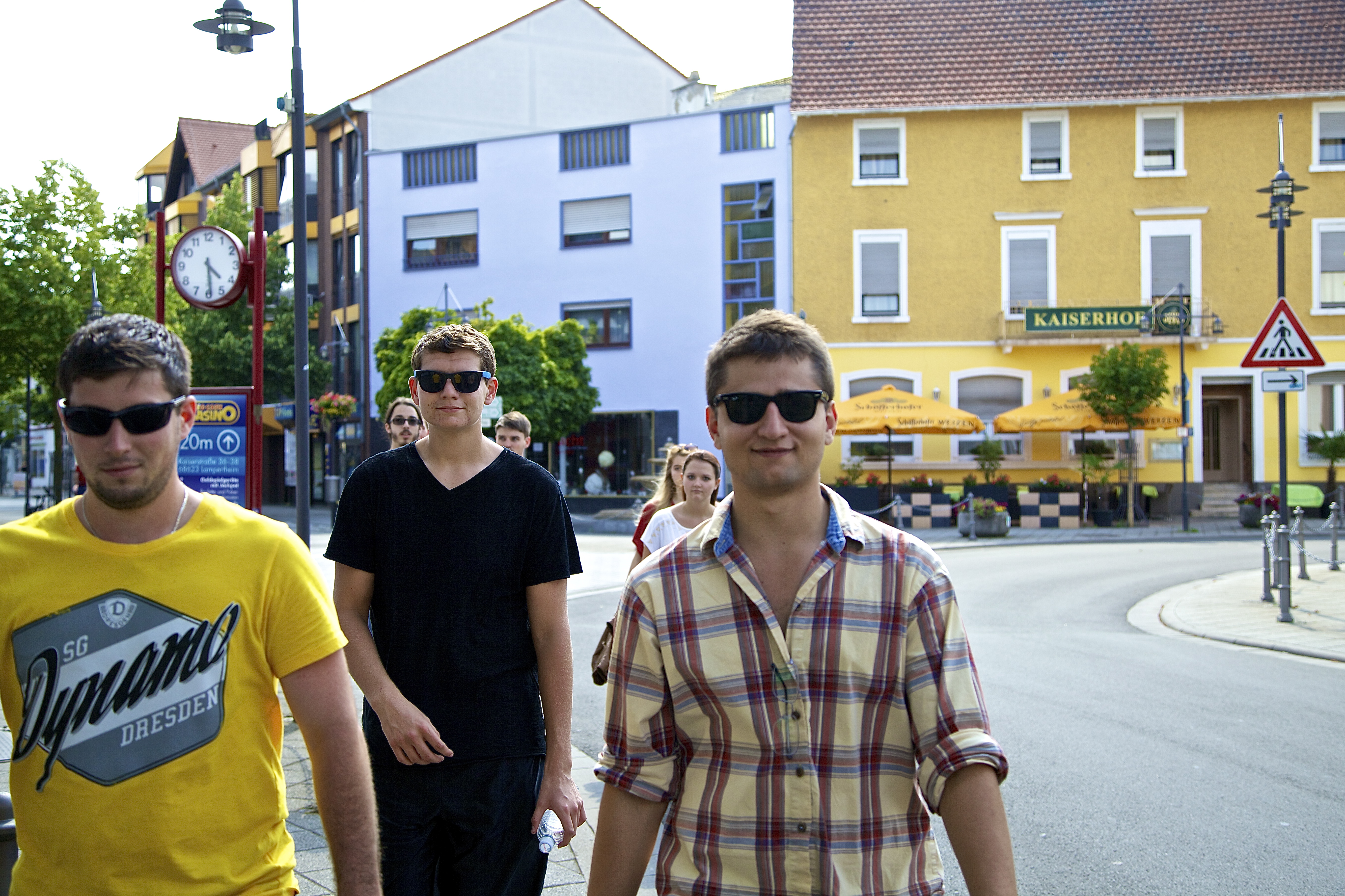 the sides. Perhaps it was the width of the road itself, or just the cleanliness, but something about walking through the streets of this town was so surreal.

Lampertheim is a little town just north of Mannheim. It was a Saturday evening and nearly everything was closed, the only hoppin’ place was the ice cream cafe. We said nichts to that, we might as well continue on to Heidelberg, as there’s a bit more going on there… 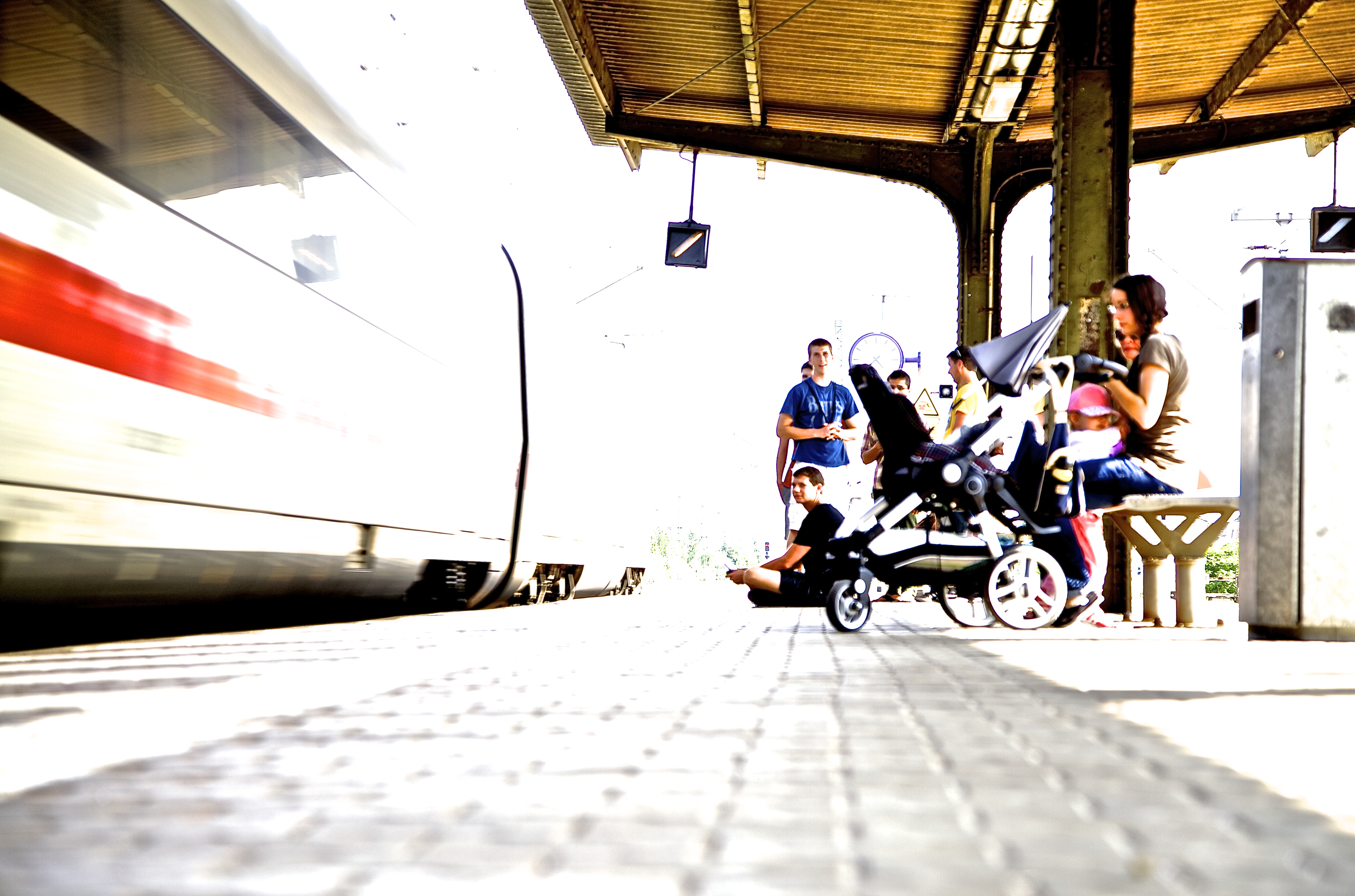 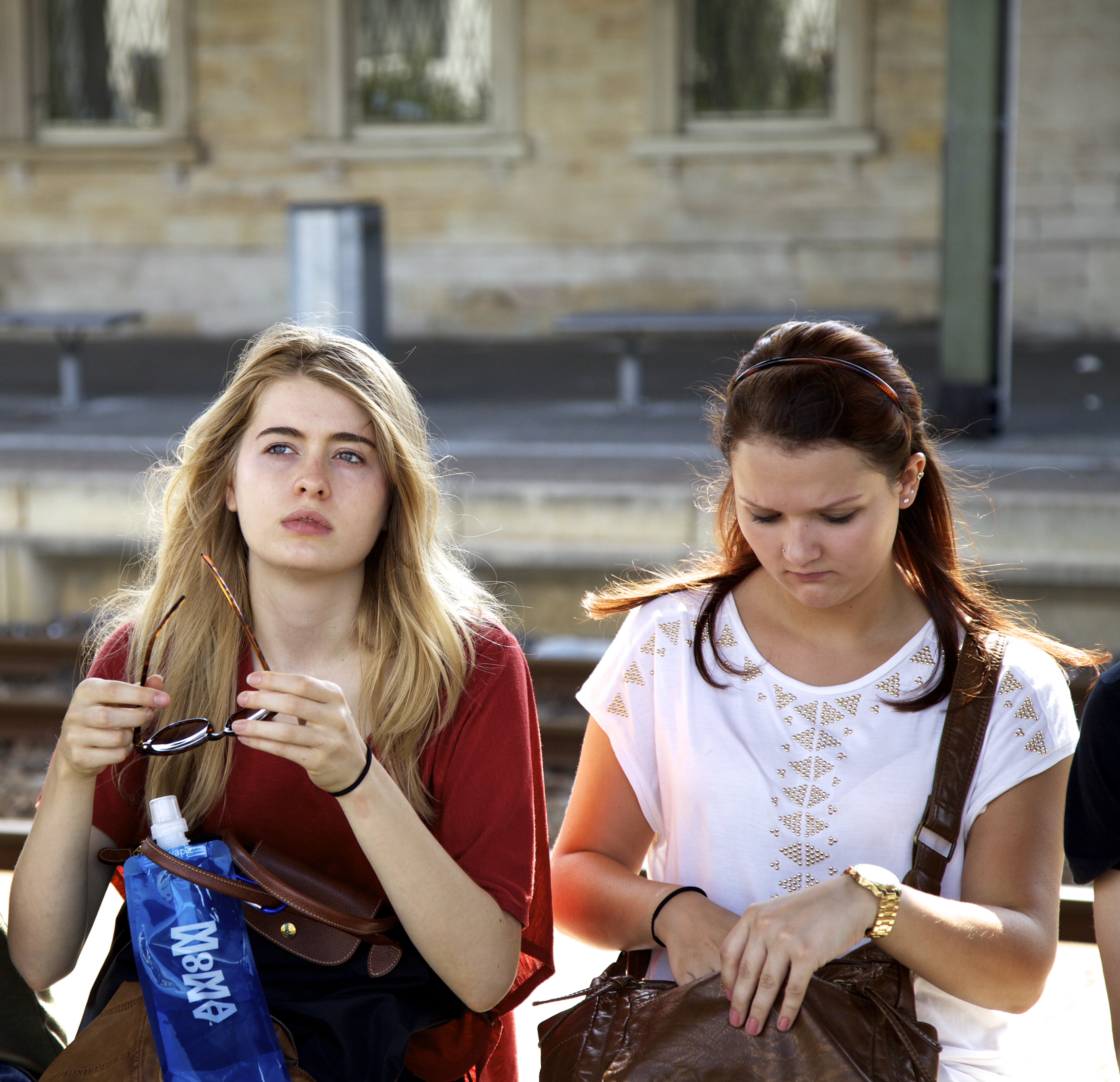 Heidelberg ist sehr schön (is very pretty). A beautiful river runs along it with the town on one side and mountains on the other, the trees seem greener there somehow. Mannheim has a much more urban-vibe and much more grey than green. 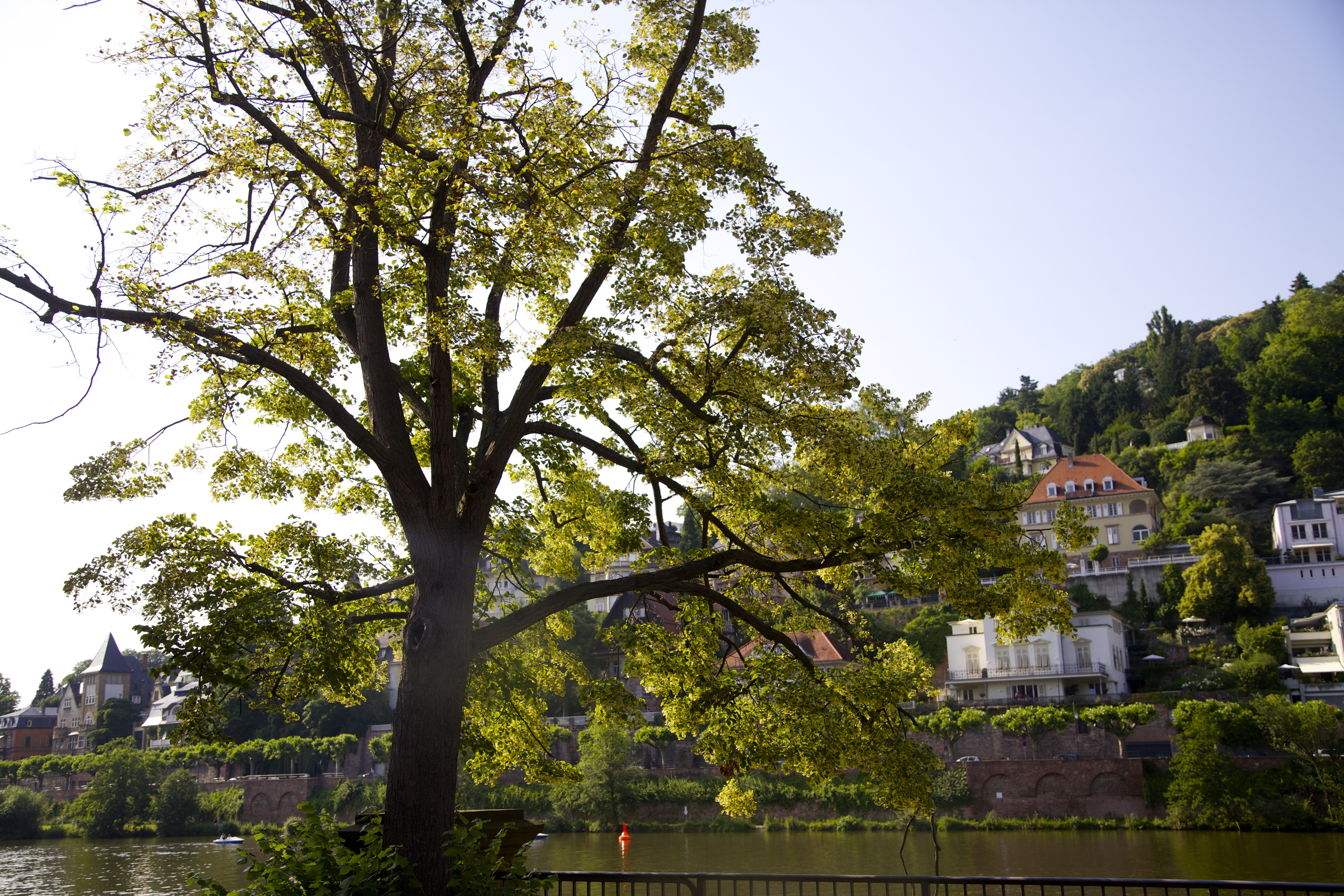 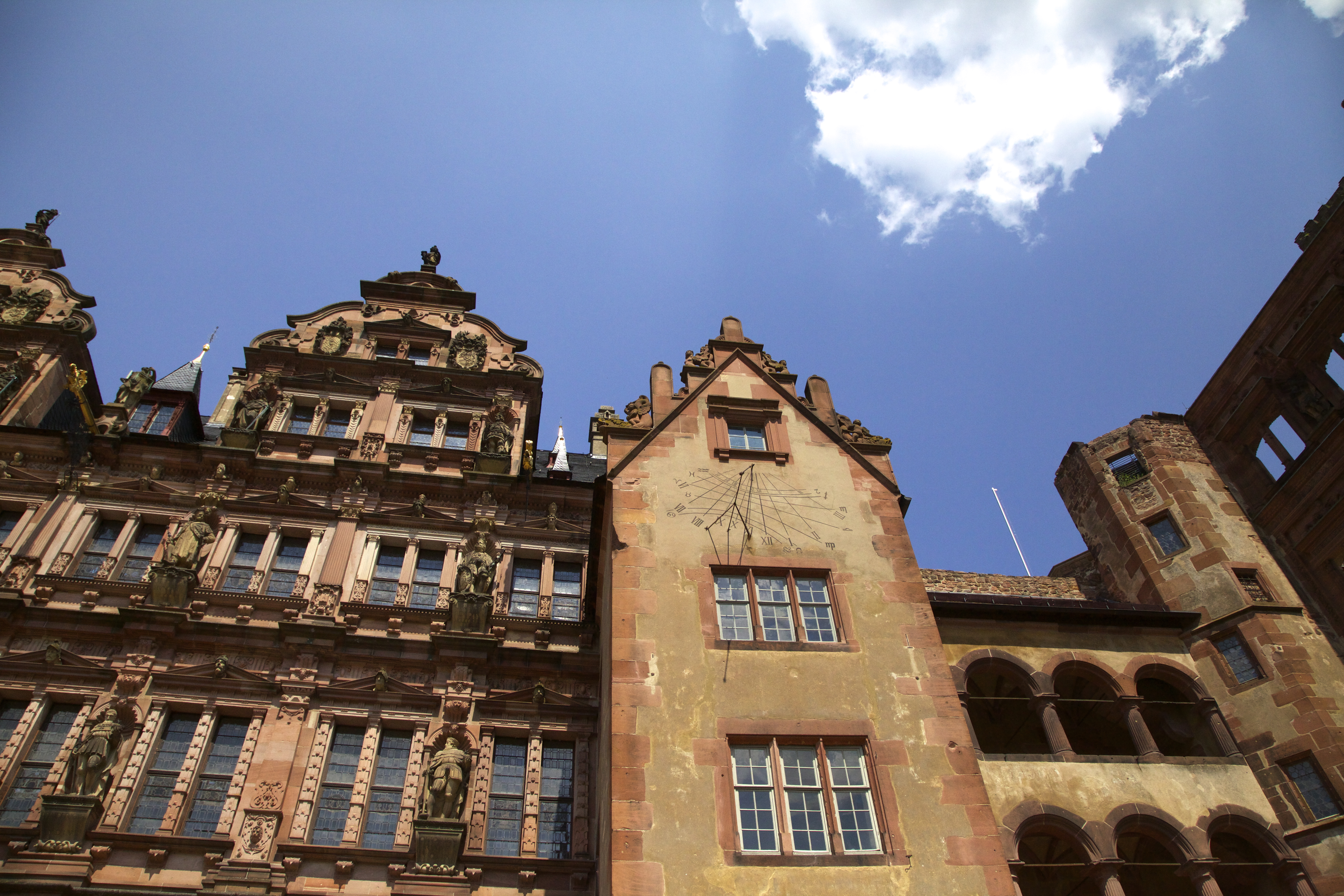 We got the train back to Mannheim, as we’d be returning for a tour of Heidelberg the next morning, anyway.

A few of us went out to check out the scene that night. Not too far from our Studentenwohnheim (student dormitory) we walked right into one of the coolest bar/pubs I’ve been in, called the Blau. They played old school Sixties music (the Yardbirds, Rolling Stones, etc.). I’d known the Beatles had played one of their earlier shows in Frankfurt (and gotten kicked out because George was too young to be allowed in the bar…), so of course Germany can rock’n’roll, but it was really neat to see that young people in this culture can still dig and dance to an era of great tunes like I can. 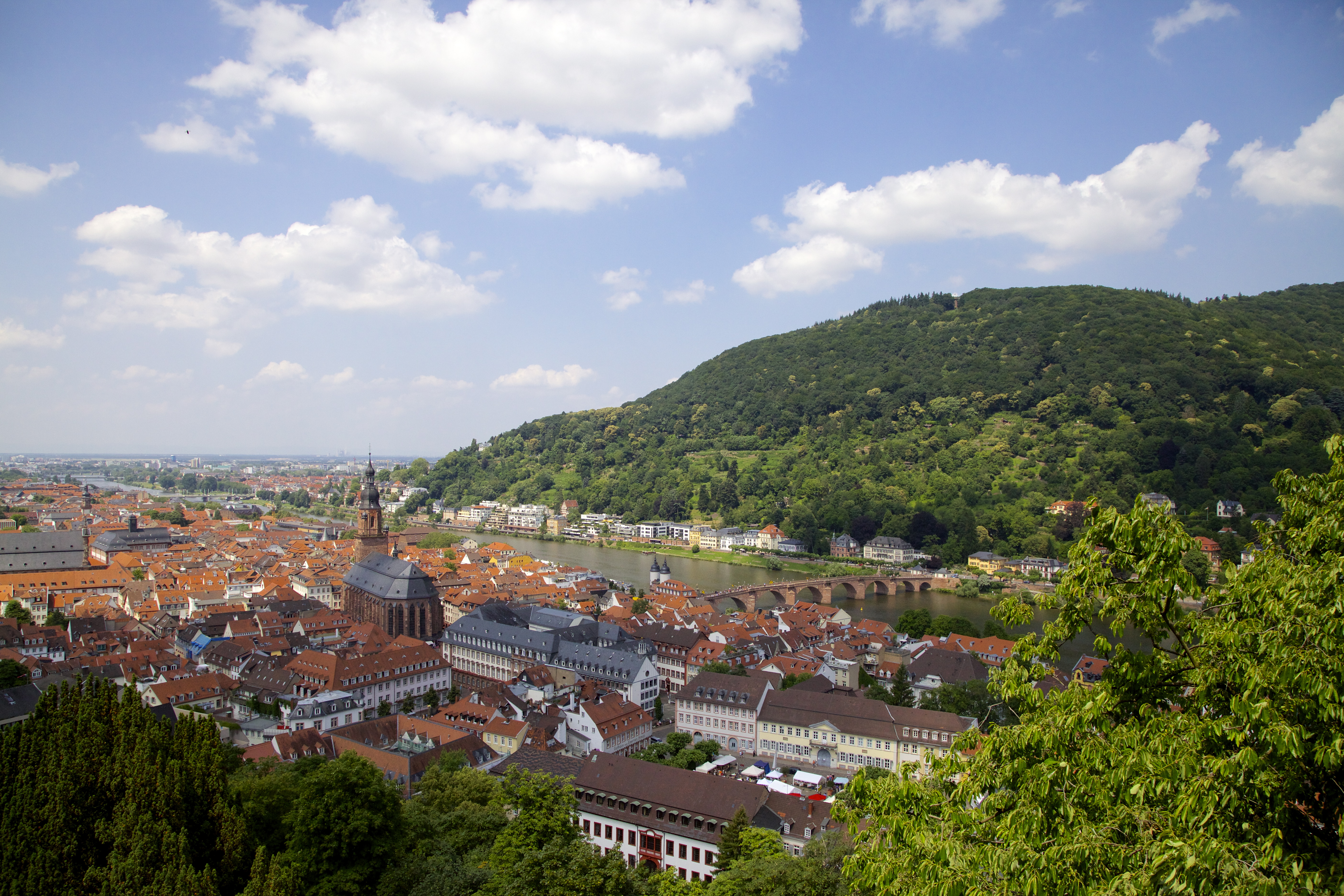