The photo above represents the architecture before World War II. Across the street, the buildings look much more modern.

I went on a walking tour of Cologne with FreeWalk Cologne at 16:11. Our tour guide was Kristina, and I learned all sorts of historical tidbits about the city from her. (Don’t worry, you will still learn a ton if you do one yourself! Psst…Kristina, if I got anything wrong just let me know, okay? Edit: Kristina has reviewed! Thanks, Kristina!) For instance, there were once 12 medieval gates surrounding the city and three are still standing, including the one that the seal pictured below was on. The three crowns represent the Three Kings, or wise men, who brought the three gifts of gold, frankincense and myrrh on the day of Jesus’s birth. The remains of the Three Wisemen are kept in the Cologne Cathedral, which was constructed specifically for this purpose.

I learned of Agrippina, the mother of Nero, and how Cologne girls are said to “have pepper in their butt.” Which means, they get what they want. Agrippina wanted to marry her uncle Claudius, the emperor of Rome. So, they married in 49 A.D. Agrippina also wanted the name of the town she was born in to become a Roman colony. And hence, “Colonia Claudia Ara Agrippinensium” was born, which was shortened to Colonia which morphed into “Cologne” and in German “Köln.” 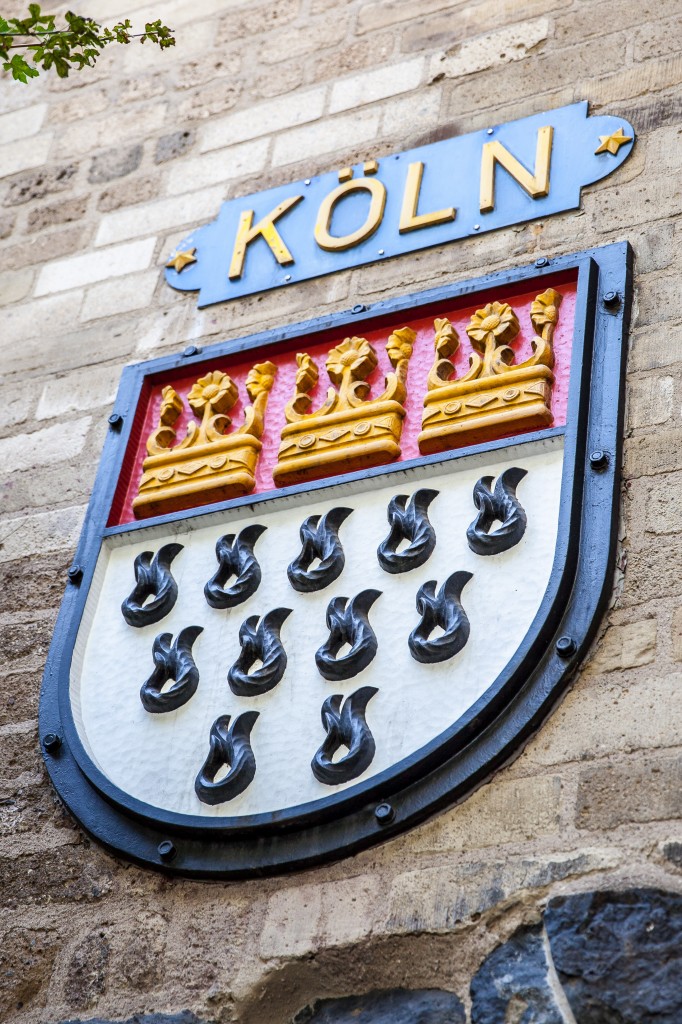 I learned of Ursula (who’s since been sainted) and how she was having what has come to be known as a bachelorette party with 11 virgin women (which has evolved to thousands in folklore), and decided to go have a chat with the Huns to try to convince them not to destroy Cologne. Well, the Huns leader thought the women were meant as a “gift,” and burned or drowned (hence the flame or droplets in the seal, though some accounts say beheaded) them all and left Cologne alone.

The red and white in the seal represent the colors of the city, and together they make pink! Cologne is full of heart, and is also home to the biggest gay community in Germany. 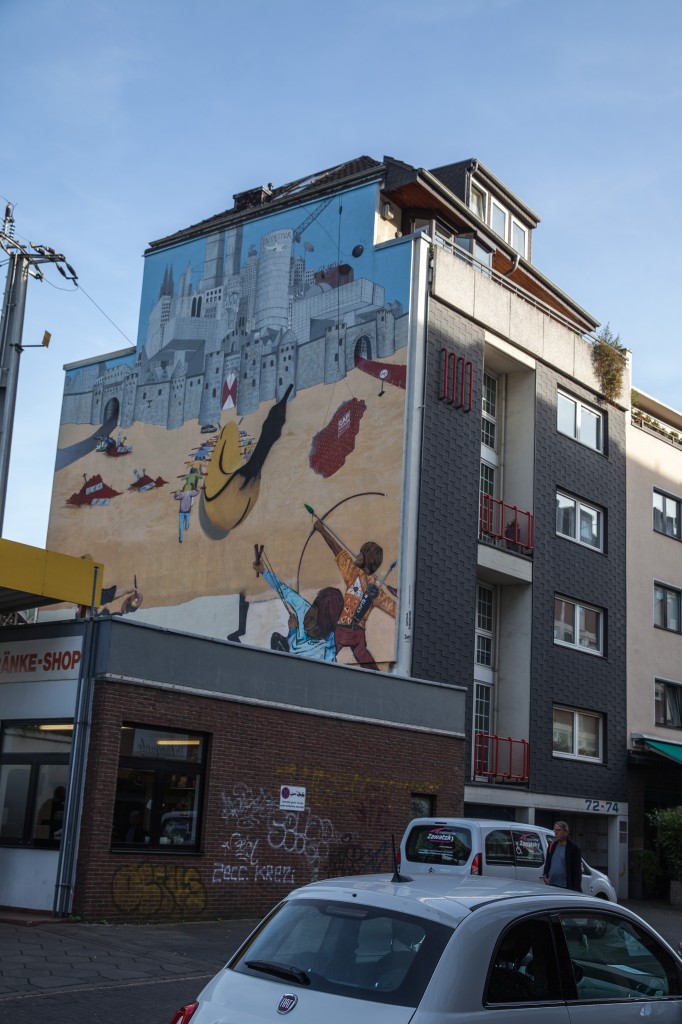 The street art above by Thomas Baumgärtel  is supposed to symbolize conquering the city with a banana, and was crafted in protest of the local government and business’s attempt to drive the artists out of their former galleries and workshops.

Because Cologne is SO proud of their Cathedral, and it is SO important in Cologne, it is its own sign of protest to picture the Cathedral in the background or as insignificant (as it is above). 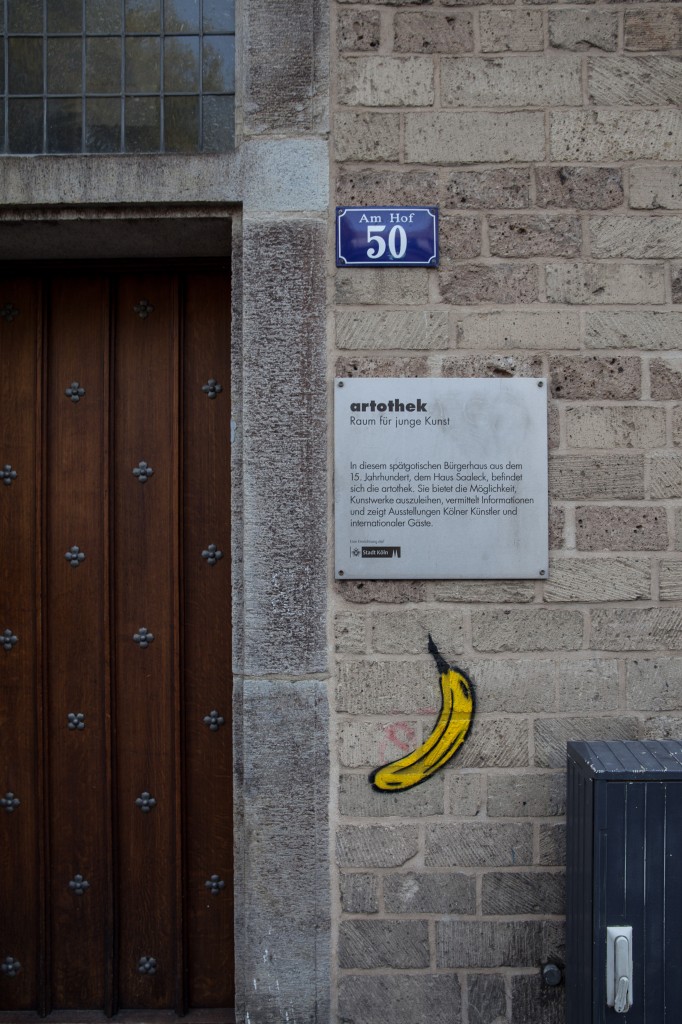 The banana has become a “stamp of approval” that the artist paints on the outside of art houses in Cologne.

Above is the inside of a former Jesuit church in Cologne, now home to the Italian Catholic Community here, St. Mariä Himmelfahrt. This church, also featured below, is a block from the Cologne Cathedral.

Cologne itself was hit 262 times by bombs, and 650,000 tons of bombs were dropped on the entire state of North-Rhine Westphalia during WWII, and some are still in the ground. When construction is happening in the city and one is found, the whole neighborhood must be evacuated. Not only bombs are found. The wall featured below was built around the year 50, while a parking garage was being built in the center of the city, right next to the Cathedral. The garage was built around it.

While the Cathedral was being built, the architects went off the rule “as above, so below,” as there were no precedents set for building a skyscraper in year 1248, so the foundation is huge. Fourteen aerial bombs hit the Cathedral (der Dom) during the war. Citizens of Cologne would run out at night with buckets to put the fires out. “Home is where the Dom is” is a common saying here, meaning that the people of Cologne feel a strong connection to the Cathedral. 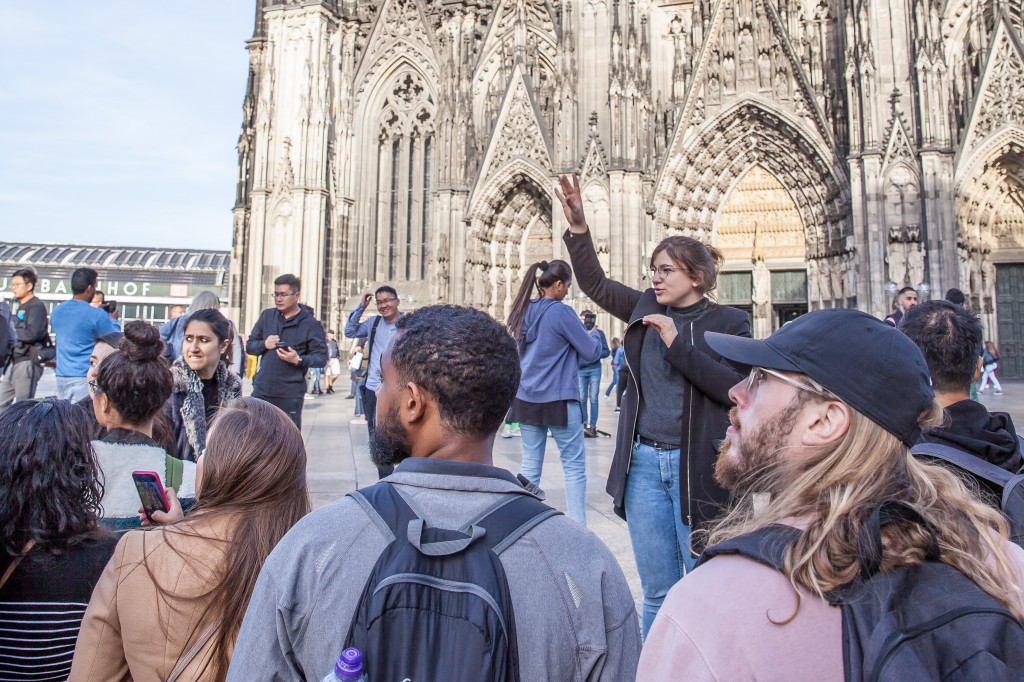 Construction was nowhere close to completion by the time Napoleon arrived. He thought it would be a great stable for his horses and ammunition. The Prussians offered to finish the Dom even though the Catholic Church had been working on on and off for 500 years… Nowadays, there is always scaffolding, so, it is essentially under constant construction.

Cologne has even added its own goat-gargoyle, which urban legend has it is “Hennes,” Cologne’s real-live goat football (-not American football, obviously-) mascot, as seen below. 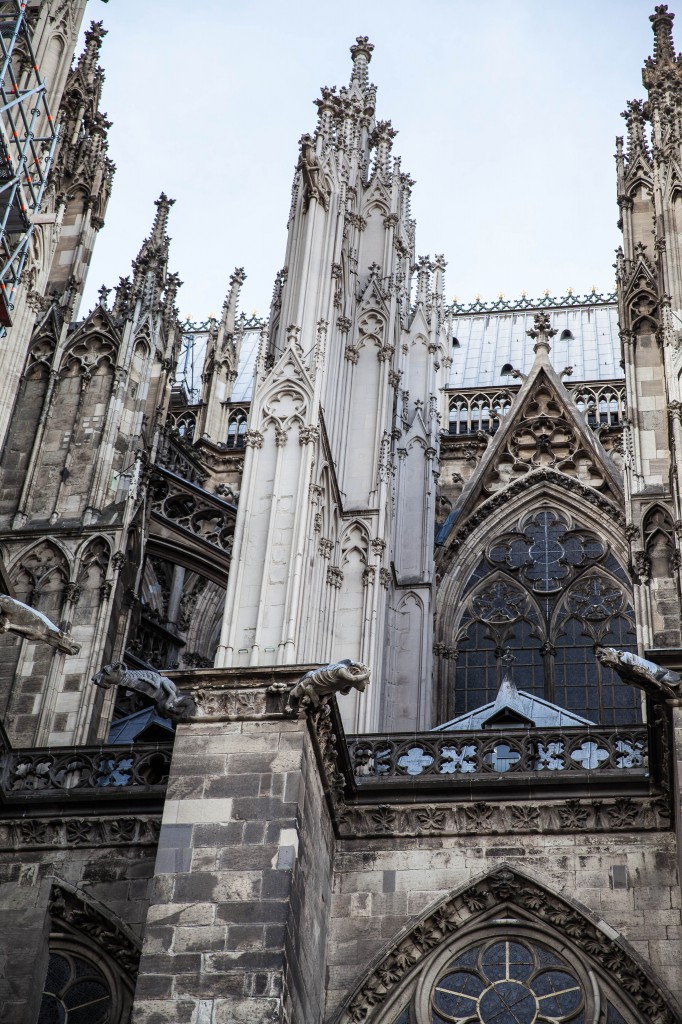 Pictured below is the old City Hall. Can you guess who up there suggested taxing alcohol? 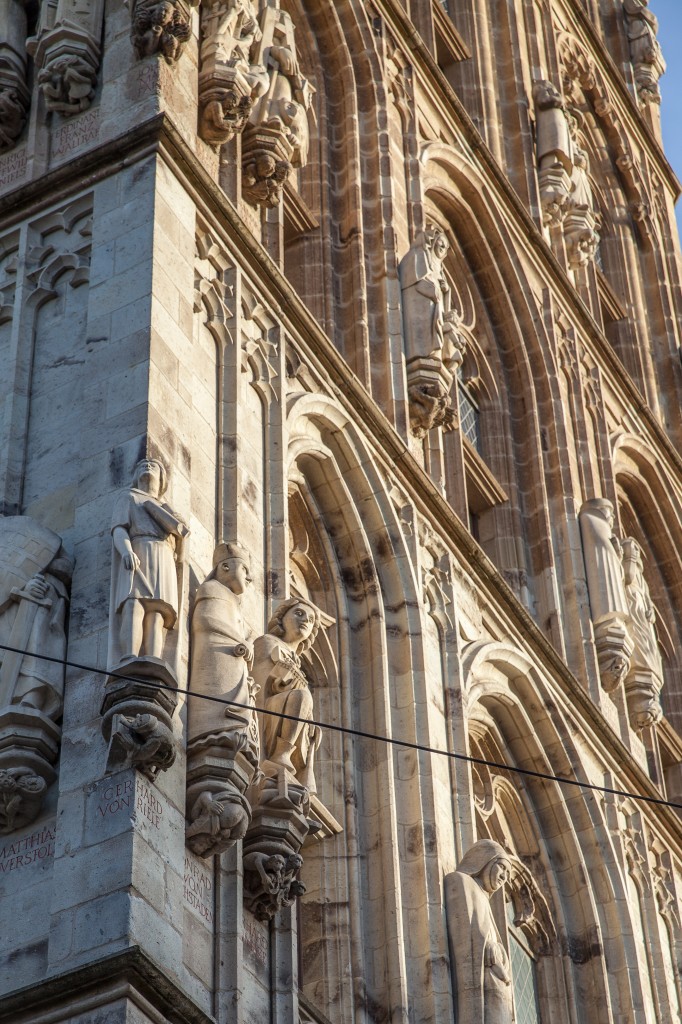 That’s all for my virtual tour! You’ll have to go on one yourself to find out why it started eleven minutes after the hour. Tschüss! 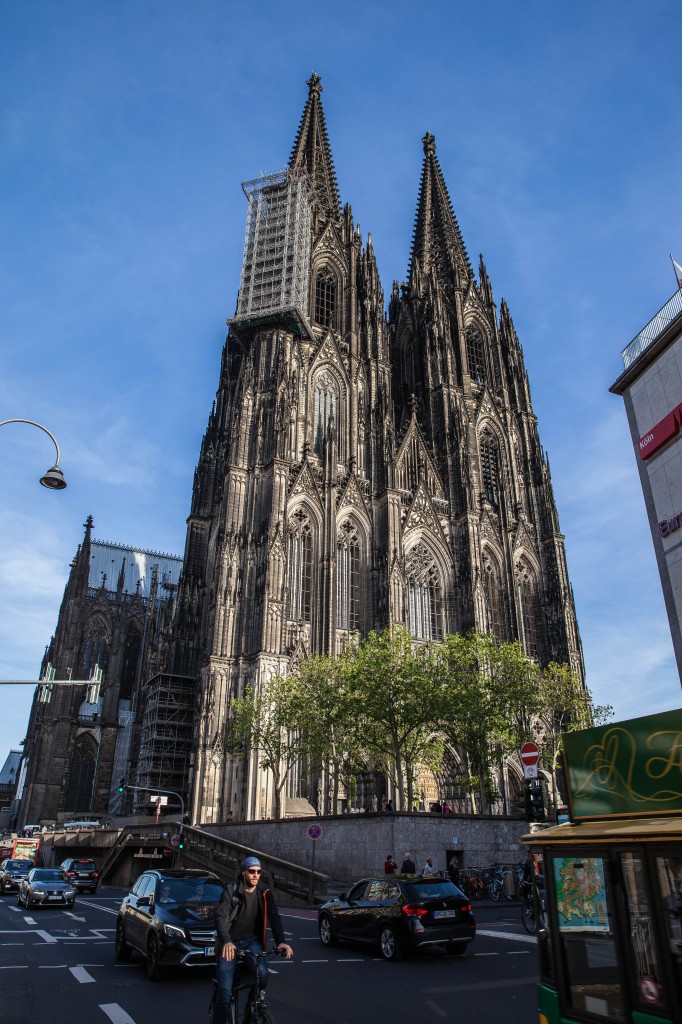