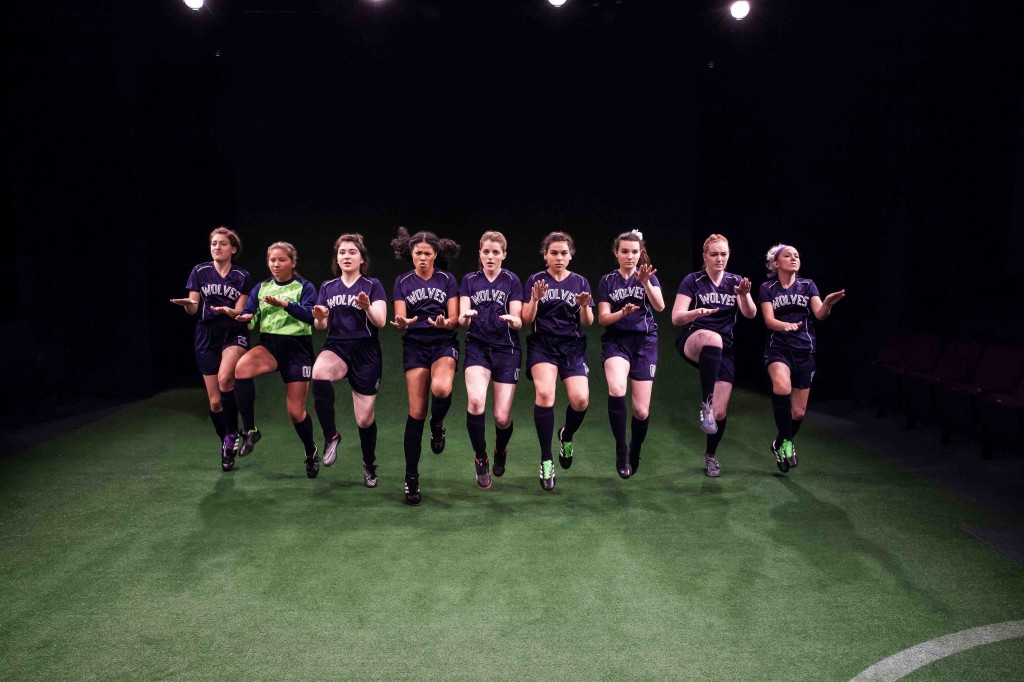 The Hippodrome Theatre partners with the University of Florida School of Theatre + Dance (UF SoTD) to bring the acclaimed new play THE WOLVES to the stage. Written by Sarah DeLappe and directed by Lauren Warhol Caldwell, THE WOLVES is onstage August 31 – September 23, with previews August 29 and 30 at 7 p.m.

Pure excitement in the much-anticipated and energy-packed production kicks off the 2018-19 season with THE WOLVES. THE WOLVES is ONSTAGE NOW and runs for a limited 3 weeks through Sunday, Sept. 23.

Get ready to immerse yourself in the emboldened, bright-eyed and quick-witted lives a suburban high school girls’ soccer team. With their sassy and hysterical dialogue, these athletic mean girls will have you laughing in the first minute.

Check out the video on our YouTube for a glimpse of THE WOLVES on the Hippodrome Mainstage, or come out TONIGHT and see for yourself! 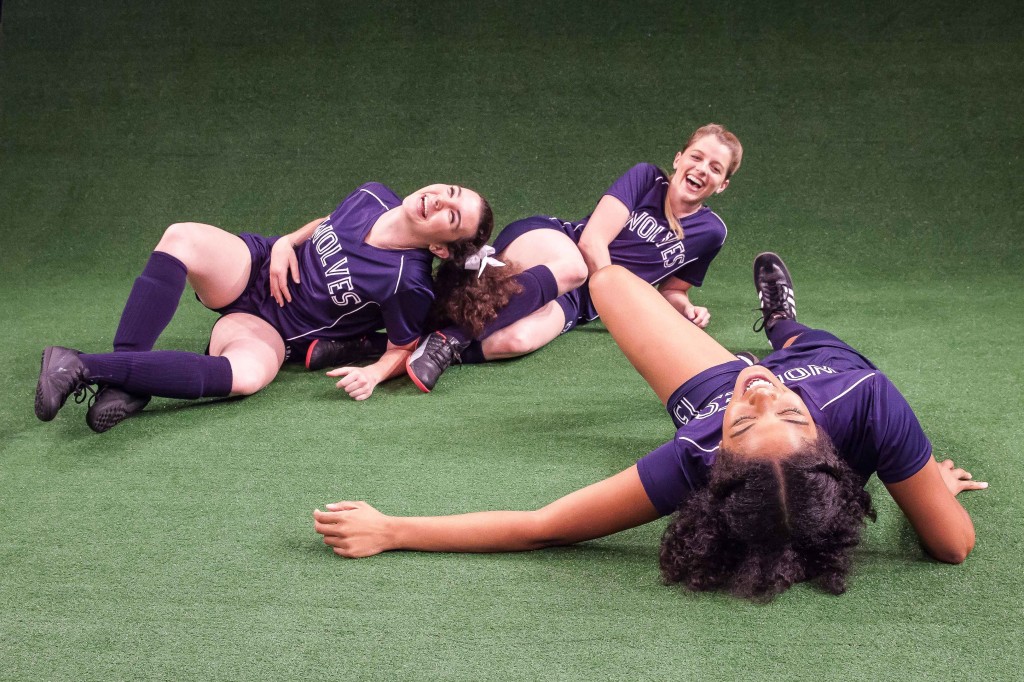 CRITIC’S PICK! ”The scary, exhilarating brightness of raw adolescence emanates from every scene of this uncannily assured first play by Sarah DeLappe.” - The New York Times 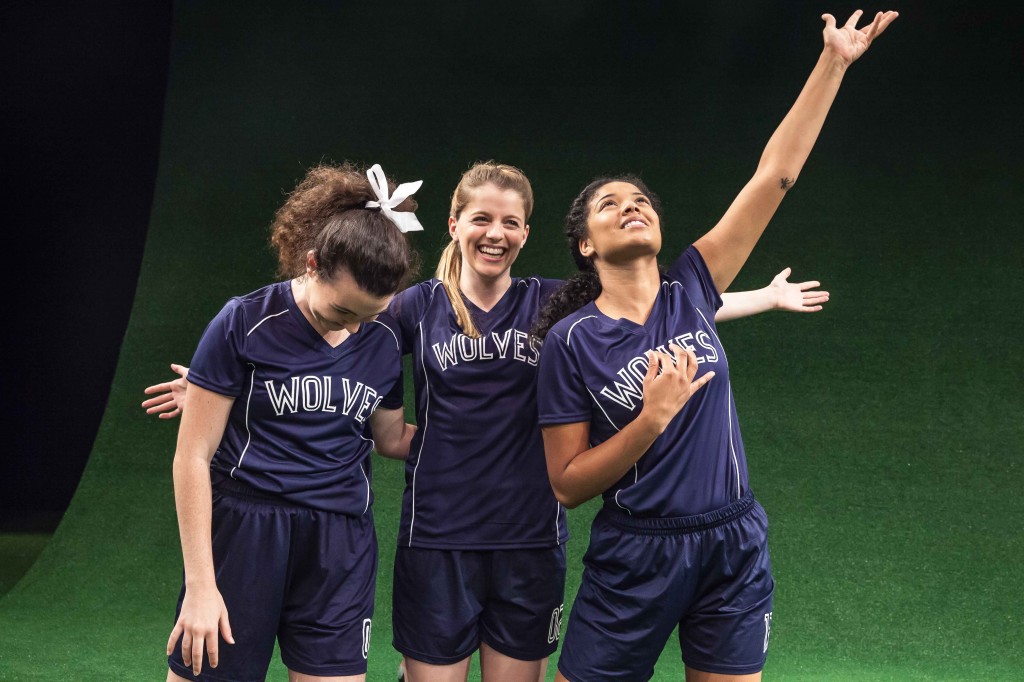 “A firecracker of a play, spilling over with humor, insight and searing pathos.” - The Hollywood Reporter

“DeLappe has created an ensemble of distinct female characters without leaning on romantic partners or traditional feminine tropes to define them.” - Theatremania 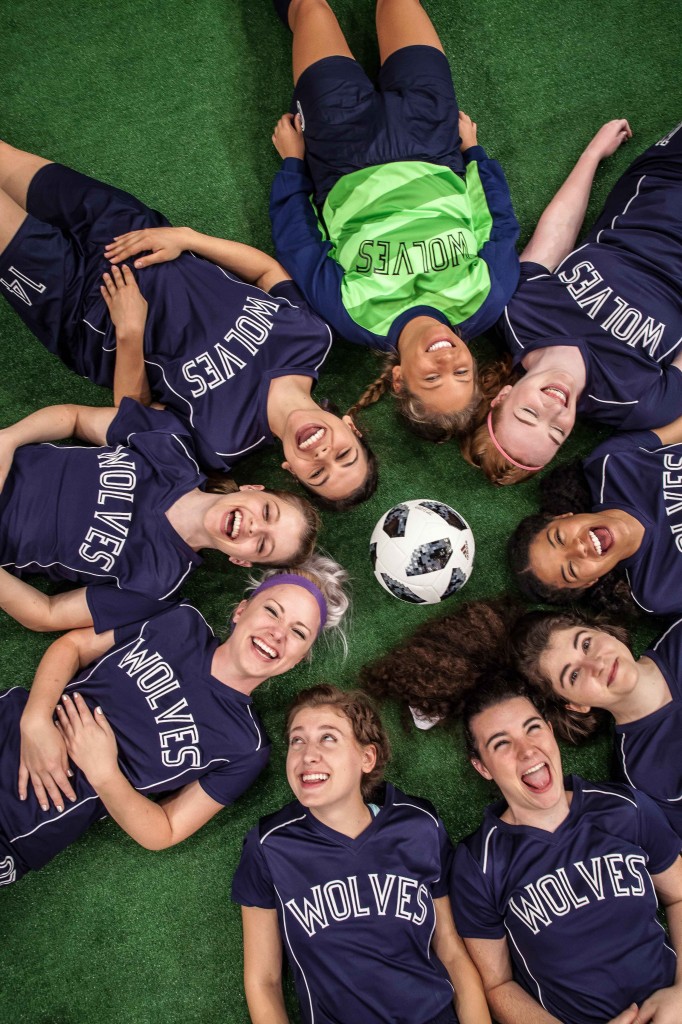 “DeLappe’s exquisitely orchestrated cross talk and overlapping banter, dense with profanity and jokes, is quite musical.” - Time Out NY

“The Wolves is a delightful meditation on society, sex, and soccer… DeLappe’s dialogue is hilarious and idiosyncratic, moving swiftly from gross-out humor to pain [...] She offers us ninety minutes in a smart, sympathetic, female world. It’s a patch of Astroturf I would gladly set foot on again.” - The Village Voice

“There are not many plays like this one. It’s exhilarating, stunning, and hysterical,” Lauren Warhol Caldwell said. ”This all-female cast of THE WOLVES depicts a pack of women who, while warming up for each game, dive into conversations that inhabit the teenage brain as they tremble on the brink of adulthood.”

“The school is especially pleased because the play offers outstanding roles for a large number of college-age women.  It’s a special treat for actresses in our school to have this opportunity to work on a female-driven play in a professional environment at the Hipp,” Dickey said. ”The co-production with the Hippodrome Theatre is one of the annual highlights for the UF School of Theatre + Dance.”

A finalist for the 2017 Pulitzer Prize, the Lucille Lortel and Drama League awards for Best Play, as well as for the Outer Critics’ Circle John Gassner Award for Outstanding New American Play, and winner of the 2015 Relentless Award for Playwriting, THE WOLVES was named one of the year’s best plays by The New York Times.

“From tampons to Cambodia, the topics pop into conversation like popcorn popping into the air,” Caldwell said. “THE WOLVES submerge into the world of politics, pop culture and teenage anxiety. Within the scope of the play, we are exposed to the individual journey of each young woman.” A particular event forces the tribe to face what it takes to get through as one organism - complete, fierce and strong - in their plight of winning games. Content Advisory: suggestive content & profanity typical of what you would expect from teenagers.Tickets at (352)375.4477 or thehipp.org. Watch this short promo video for the Hippodrome Theatre’s stage production of THE WOLVES: https://www.youtube.com/watch?v=keIUzoJpMgY

Video directed and edited by Rachel Jones, filmed by Michael A. Eaddy, with sound design by Amanda Yanes.