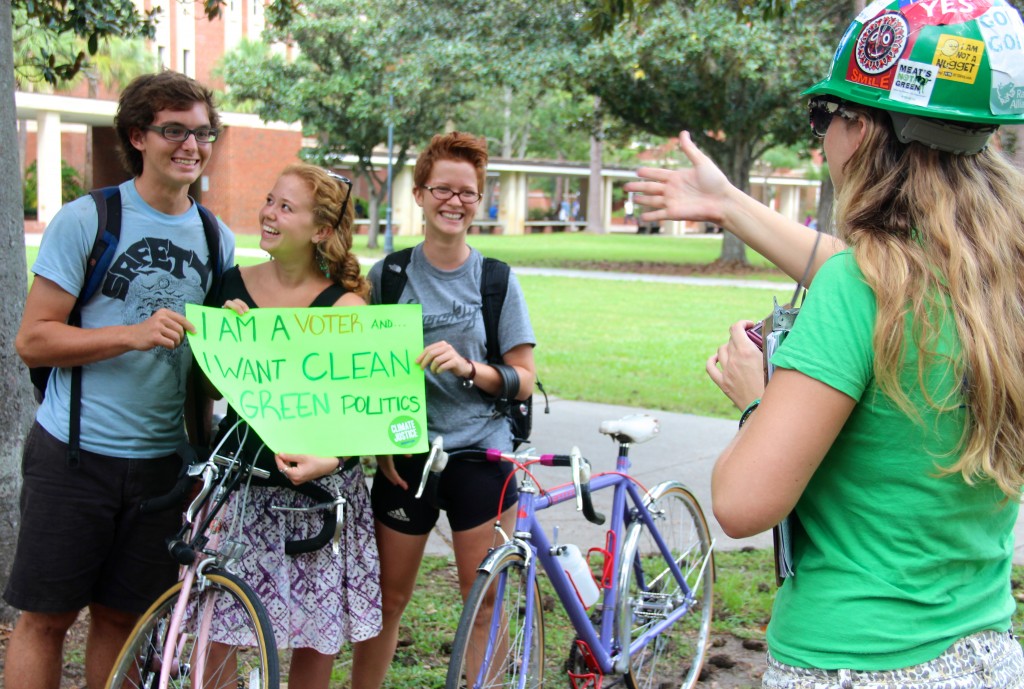 UF students(from left) Kris Munkel, Tessa Keskinen and Eva Suarez pose to have their picture taken by Cara Cooper Thursday at the Plaza of the Americas to petition for clean energy solutions as part of the “Power Vote” campaign. (Photo by Rachel Jones)

My first photo was published nationally on the Washington Times 24/7 website on Tuesday, from the Michelle Obama event that came to the University of Florida campus Monday. You can see my photo credit here:

I didn’t write the caption for it, or the story posted there, but I did write an article on the event: 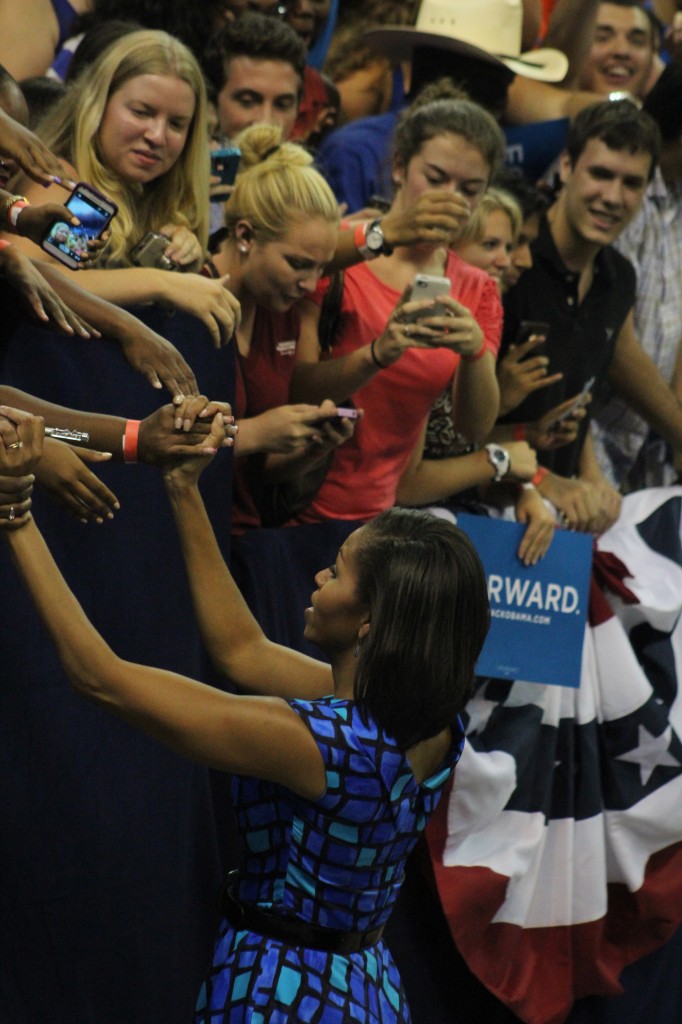 Tickets became available Thursday evening and grabbed the attention of students and other Gainesville residents. The event also drew people from out of town. It was free and open to the public.

Gainesville was the first destination of two Florida cities the first lady traveled to Monday to speak. After UF, she continued on to Tallahassee.

As the line to see the first lady queued outside, supporters of Republican nominee Mitt Romney gathered by the bull gator on the corner of Stadium Road and Gale Lemerand Drive.

They held signs and shouted, “Stop the spending! Decrease the debt!”

“This is why I don’t affiliate with any party,” Marlena Kaskonrobinson said, “Because there is insanity.”

Kaskonrobinson is a freshman industrial systems engineering major at UF. She said it’s a good idea to be educated on all points of view to make an educated decision in voting, and that’s why she had a ticket to the event. She will be voting in the upcoming election. 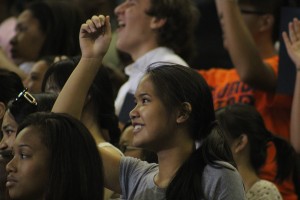 A.J. Avriett saw the Romney supporters at the corner by the bull gator and joined them when they moved north on Gale Lemerand Drive to stand across from the long line of ticket holders awaiting entry into the Stephen C. O’Connell Center.

“I don’t want to raise my kids in a socialist America. With Obamacare and the rest of his policies that’s the direction we’re heading in,” said Avriett, a freshman psychology major at UF, “You can’t spend yourself out of debt.”

Across the street, people waited in line for hours. For Cynthia Yanez, this was the second time to hear Michelle Obama speak, the first time, she said, was in 2005. Yanez teaches special education at the School for Integrated Academics and Technologies.

Inside, the seats began to fill.

Gainesville Mayor Craig Lowe stepped onto the podium and encouraged the audience to register to vote.

“The President has had our backs,” Lowe said, “Now’s the time to show that we have his.”

The pastor prayed and the national anthem was sung.

Democratic Party Chairman Rod Smith took the stage to speak, “Four years ago it was about the changing of the guard. Now it’s about guarding the change.” 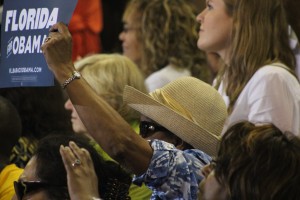 To much applause and waving, first lady Michelle Obama finally came out to speak. She said she loved her husband because of his character. She emphasized the significance Florida holds in the outcome of this election. She spoke of the importance of young people to get out there and vote, and to encourage others to do so as well.

She mentioned how her and her husband’s student loans cost more than their mortgage, and how they couldn’t do it without financial aid. 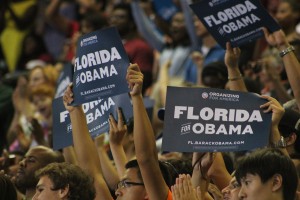 She said she believed in a strong middle class. But what it’s all about, she said, is hope for the future.

More than once, an attendee shouted, “I love you!”

The first lady responded, “I love you, too.”