We arrived at Berlin Hbf just half an hour before the ‘tourist info’ place closed for the day, which was convenient because we didn’t exactly know where we were going. We knew the hostel was in Kreuzberg, somewhere, and we knew the address. All we had to do was find Spreewaldplatz…

An U-bahn(/S-bahn/tram) map was helpful though, we got exactly where we needed to be and found our hostel much easier than locating the one in Amsterdam, plus in the dark.

The room we’re in this time is much bigger than the Amsterdam hostel as well, and only has six other people we don’t know sleeping in there with us, rather than eight. Woohoo! It’s got a great location though, and cheap beer compared to everywhere else we’ve been(not compared to the rest of Berlin though).

The hostel isn’t far from the Tempodrom, either, where Jack White played Tuesday night. Bailey just picked up her ticket when we stopped in London last, we were a bit worried, as I had had mine sent to Switzerland, but Bailey’s didn’t come by the time we set off for Paris… but alas, we got both tickets, made it in time, drank over-priced beer, and observed how hippie-ish the opening band First-Aid Kit appeared even though they’re from Sweden…)

Jack White played with his all-male band for this show(he decides at breakfast whether it’ll be the girls or boys that night…)songs off his new album, of course, like “Love Interruption,” “Missing Pieces,” “Sixteen Saltiness”, and “Trash Tongue Talker”(which Jack said was like his ‘Thriller’) but he also played The Dead Weather’s “I Cut Like a Buffalo”, and Racontuers’ “Steady As She Goes”. White Stripes’ “We’re Going to Be Friends”(a real hit) and even “Seven Nation Army” at the end there, which I was really not expecting and I don’t think he still plays it in America these days.

We were already standing pretty close, but something like a mosh started at one point, and I was forced into the line of people behind the ones clinging like glue to the railing in the front of the stage. It was a pretty swell deal.

What a finale to a journey like this, I was singing and skipping all the way back to the U-bahn, and even then.

We awoke today, and went the Lidl to buy muesli, yogurt, and milk. We had the best breakfast ever yesterday morning right next to the hostel, but we’re about out of Euro, so it was back to the supermarket.

It was raining, and a little chilly, so we ran to the East Side Gallery so Bailey could at least see the Berlin Wall while she’s here. “Us running in the rain along the wall symbolizes our whole trip,” Bailey said. I don’t know exactly what she meant by that, but we both started running a little faster.

We hadn’t wanted to spend more Euro, but the Chicken House is literally right around the corner from the hostel, so we had to have a last ½ chicken and chips before the final packing began.

All that remains is my sheer terror of the Frankfurt airport, my personal purgatory—Will I find my gate in the limited 90 minutes I have to transfer? Navigate my way through those ups and downs, links und rechts, miles of maze in –only- an hour and a half?

I learned that bars in Italy have both coffee and alcohol. The toilet flushers and light switches are different in Europe. The converters are different in Ireland and the UK than in Germany and France, and everyone speaks English but its cooler if you speak something else, too.

I’m going to miss public transportation, and constant change and motion forward. The quick pace I’ll keep close. And I’ll not let the American summer burn my skin too red of what I’ve come to appreciate in the pale of Europe. 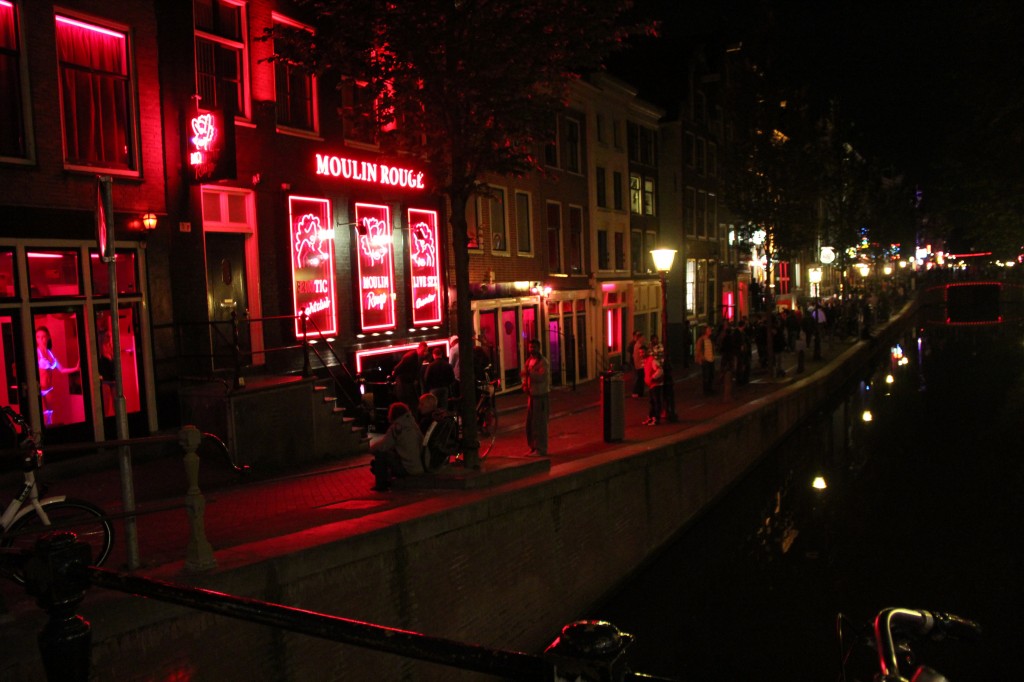 We walked from uptown to downtown and got lost among red lights, found the most delectable chocolate waffle ever, and wandered back to our hostel where some guy from Australia said “Unload your shrapnel”, in front of a pile of change on the bar counter, then used to buy 24 shots, which six of us shared and finished(red, green, red, green) in less than two minutes. 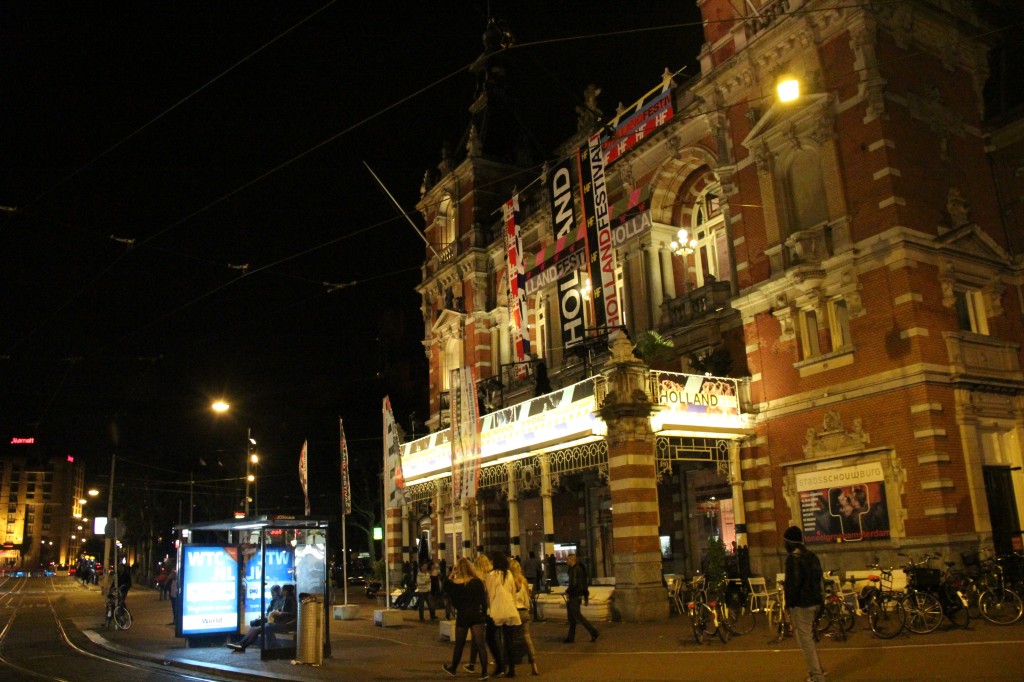 The next morning we had the most delicious Wild Salmon bagel just around the corner of our hostel. We took a tram to Amsterdam Central, where we then caught the free ferry across the river to catch Moonrise Kingdom(the new Wes Anderson flick) at the Eye. 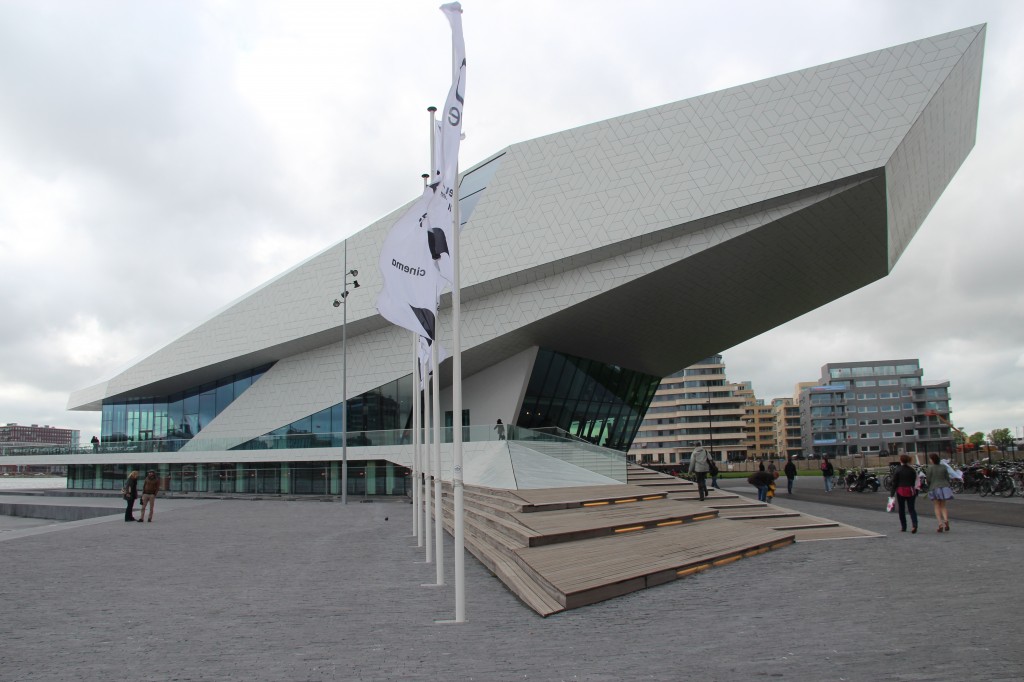 The Eye(http://www.eyefilm.nl/en) is unlike any movie cinema I’ve seen before. They don’t even sell popcorn. It’s a pretty classy place really, show great films, and actually call themselves a ‘film institute’…except in Dutch.

We learned that café’s have coffee and “coffee shops” don’t. Tweedy’s, Rookie’s, Blues Brothers…the coffee there won’t be anything special(What they do have will indeed be ‘special’ though.. 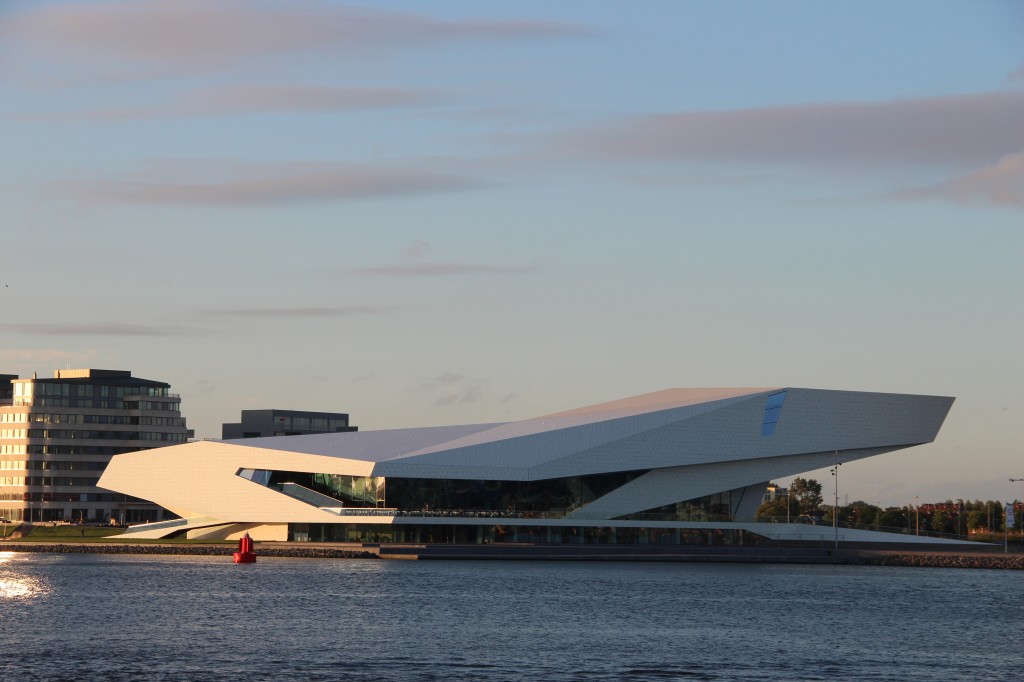 space cakes, etc). Bulldog, however, has fantastic hot chocolate espresso(one bar for “coffee”(not coffee) and one bar for drinks), and I think that’s all I can say about that…

Before we caught our last international train ride of the trip, we walked through the Van Gogh Museum. I just feel so much more cultured now! No but really, we’ve seen so much art the past few weeks. 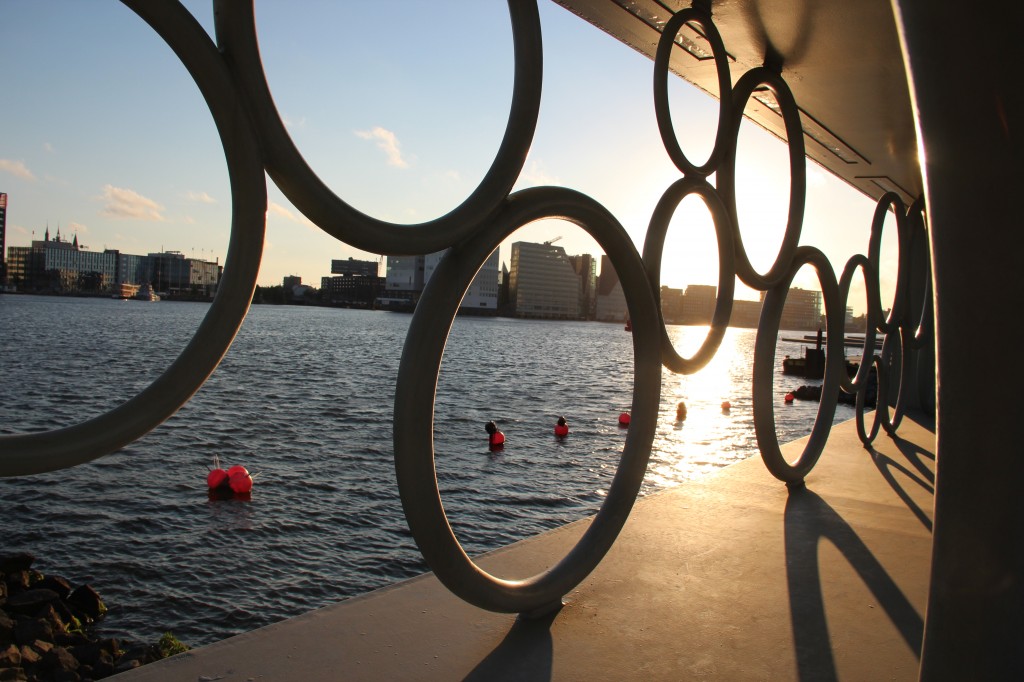 Amsterdam’s a cool city. From what I remember. 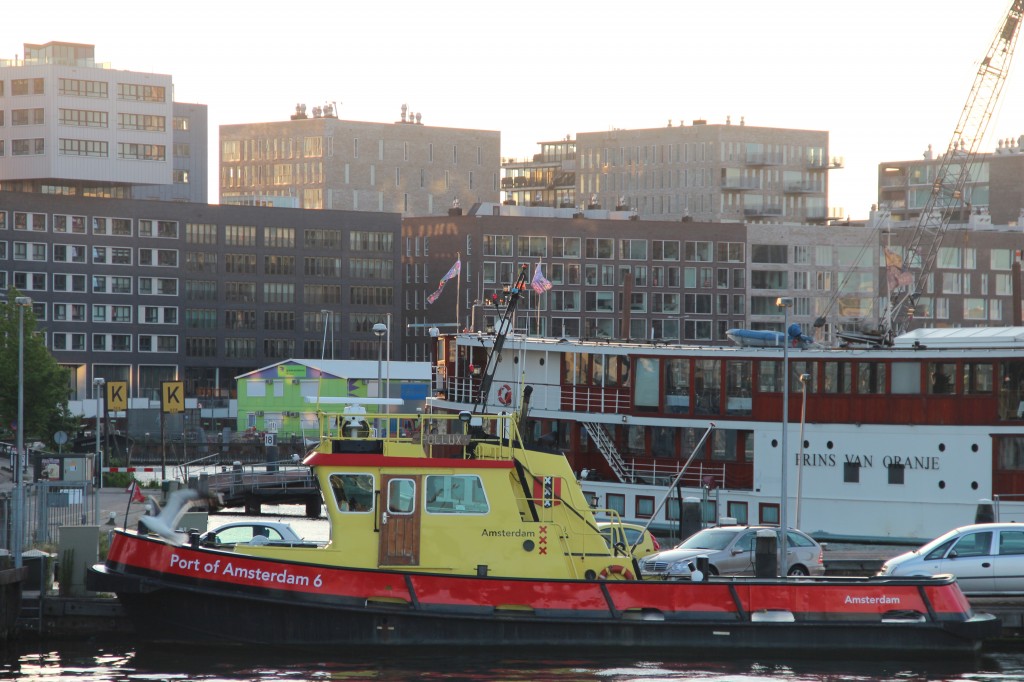 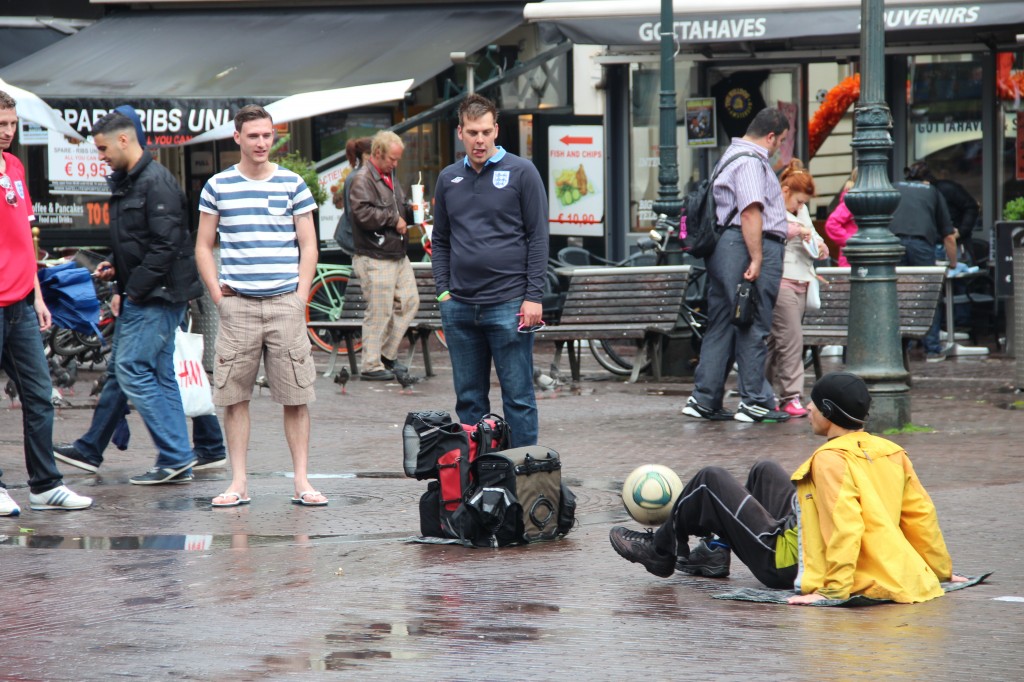 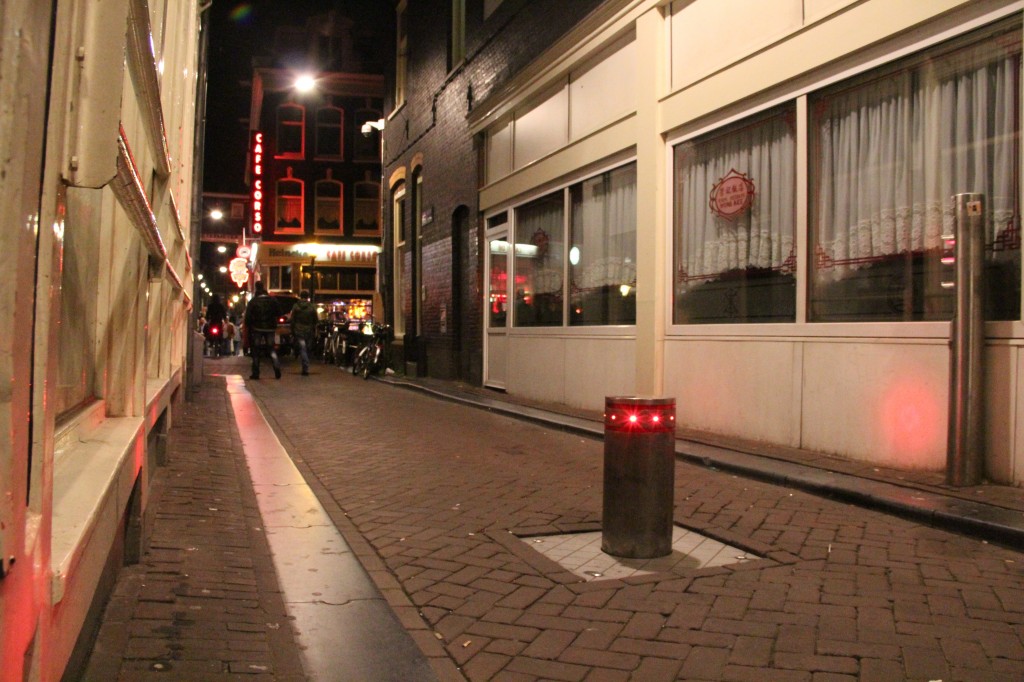 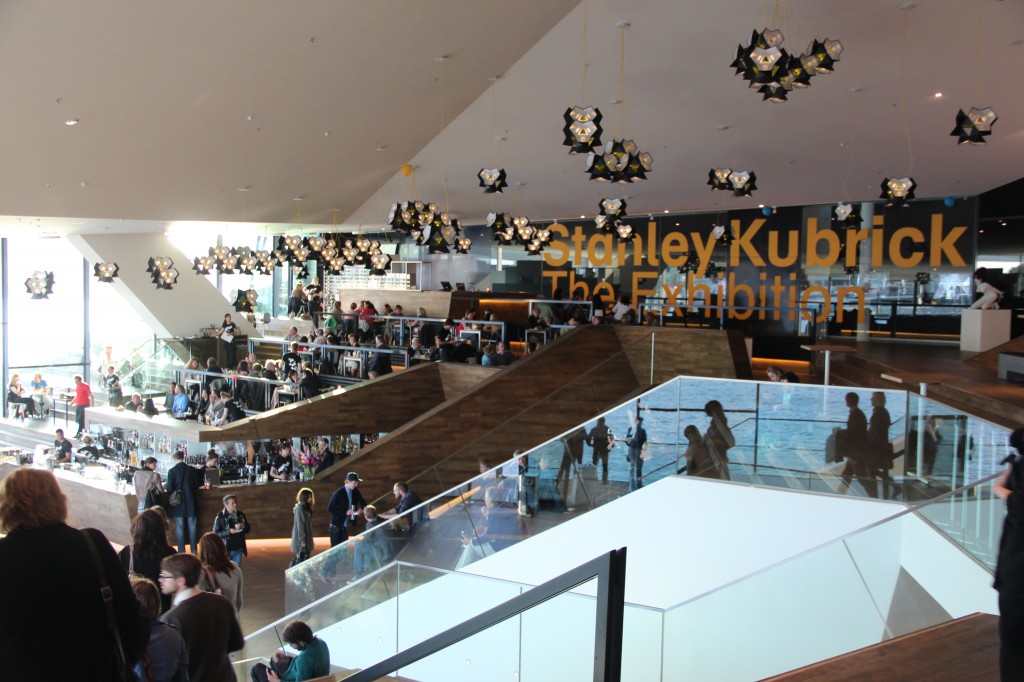