We kicked off the week with a night at the opera, specifically the Nationaltheater Opernhaus in Goetheplatz, Mannheim.

The opera was “Otello.”

It felt good to be in a theatre again, even if we were a bunch of Americans watching a Shakespearean play, converted into an opera, performed in Italian, with German subtitles. Uhh…

It was awesome. The set was perfect, not gaudy, just enough. Foreboding spikes locked together the wall that characters would throw themselves against in hurls of despair. They glinted as Desdemona’s costumes grew darker.

Though we were still fresh in our stay in Germany, it wasn’t difficult to figure out what was going on, the acting revealed what the subtitles didn’t. It was also neat to see an actor in blackface, I’d learned of it in theatre courses before, but had never seen it on stage. Otello’s face was painted black, darker than any skin-tone I’ve ever seen. As I have no other experience to compare it to, I’m not sure if historically that’s how it’s been done, or if that was the director’s choice to emphasize the contrasts in the black/white, light/dark, good/evil themes. In the first act, Desdemona wore all white.

Am Mittwoch (on Wednesday), Mone, Sabrina, Jason and I went to see “The Place Beyond the Pines” auf Deutsch (in German) at the movie theatre the next day. It was a pretty good flick. The movie theatre was also really nice, much more thought went into the design of this Cineplex than any AMC or Regal I’ve been to in the U.S. Also, they sell beer! What a great idea! They’ve got the usual popcorn, nachos and soda, too, but beer! Not sure on the price or quality, as I had water, but still, come on America.

We bought Eurorail tickets (which are SO much cheaper to order in the U.S. than to purchase here, trust me, I’ve done both) and after class on Friday, eight of us caught a train to Bruges, Belgium.

We hadn’t purchased reservations for seats, however, which meant that we spent a fair portion of the trip hanging out by the WCs (toilets) or sitting on the floor at the fronts/backs of cars.

In the next to last stretch, I did get a seat, though. And who did I end up sitting across from? The travel editor for de Volkskrant, a national Dutch newspaper. He told me of reporting from Afghanistan for six years, and how he helped start a journalism school there. We talked of cameras, the Himalayas, white-water canoeing…it was an interesting conversation, to say the least, one of the best parts of the trip.

I would have liked to learn more about that school, but I had to catch the next train, and didn’t catch his name (so if anyone reading this knows…shoot me an email! sojournjones@gmail.com)

We switched trains again, and made it to Bruges. We found the Europa hostel, dropped our things off and headed into town for food and beer. We discovered mayonnaise is the appropriate topping to french fries here, not ketchup. (Delicious.)

We stepped in a few beautiful cathedrals, including Our Lady’s Church, where we saw the “Madonna and Child” by Michelangelo Buonarotti and carved of Carrara marble. We ate chocolate and toured de Halve Maan Brewery on Saturday, which came with a light beer. But they also brewed doubles, triples and quadruples. So, natürlich, I also tried the quadruple. It was beautiful.

We closed out the day with more beer. It was Belgium, after all, the beer is superb there.

Sunday, we did a great number of things. First, we climbed 366 stairs to the top of the Belfry, which was especially wonderful for me because I recently finished David Mitchell’s Cloud Atlas, and one of the characters in the book climbs to the top of that same belfry!

We wandered a bit, chilled in a beautiful park, and went on a search for the best beer in the world: Westvleteren. I went solo to the “Basilique du St. Sang,” “H. Bloedbasiliak,” the Basilica of the Precious Blood. Turns out, blood doesn’t look too pretty after 2000 years. It was a beautiful basilica, though.

I bought two books, a euro a piece in the square, and closed out my time in Bruges at Musea Brugge, an incredible art museum. I found the works by artists Jheronimus Bosch and Marcel Broodthaers particularly awesome.

And just when we thought the adventure was over, we came upon a field of roses.

These lands are magical. 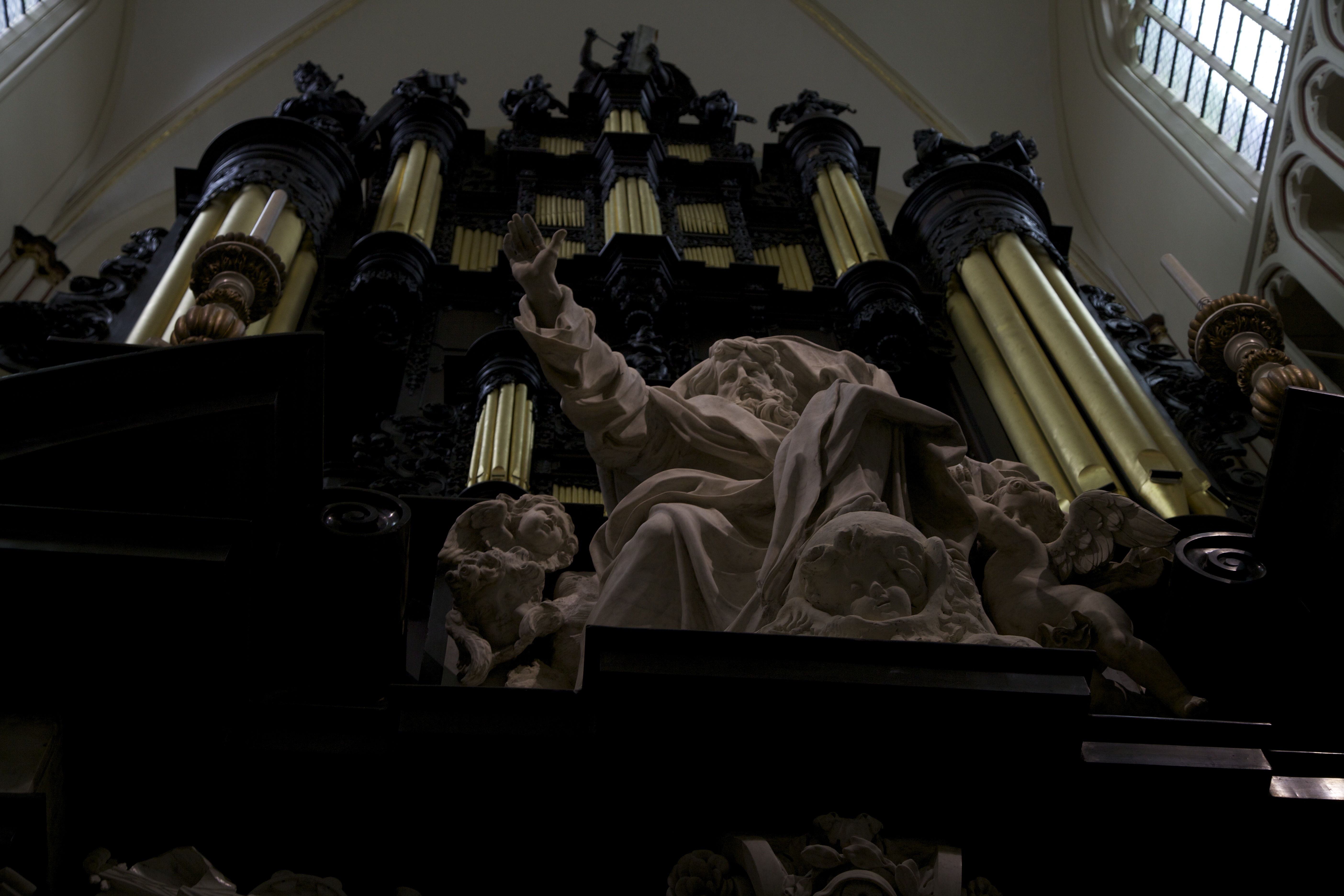 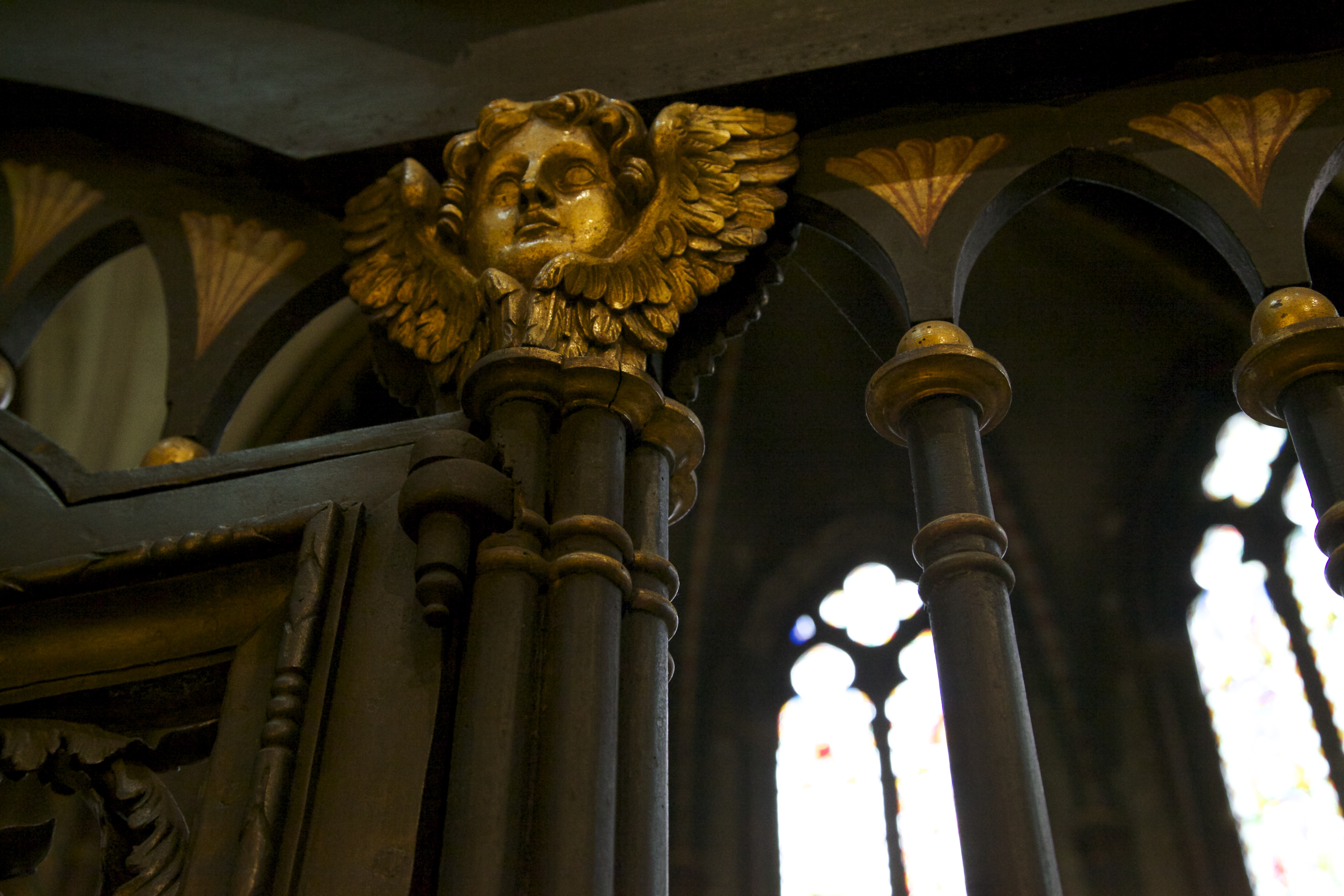 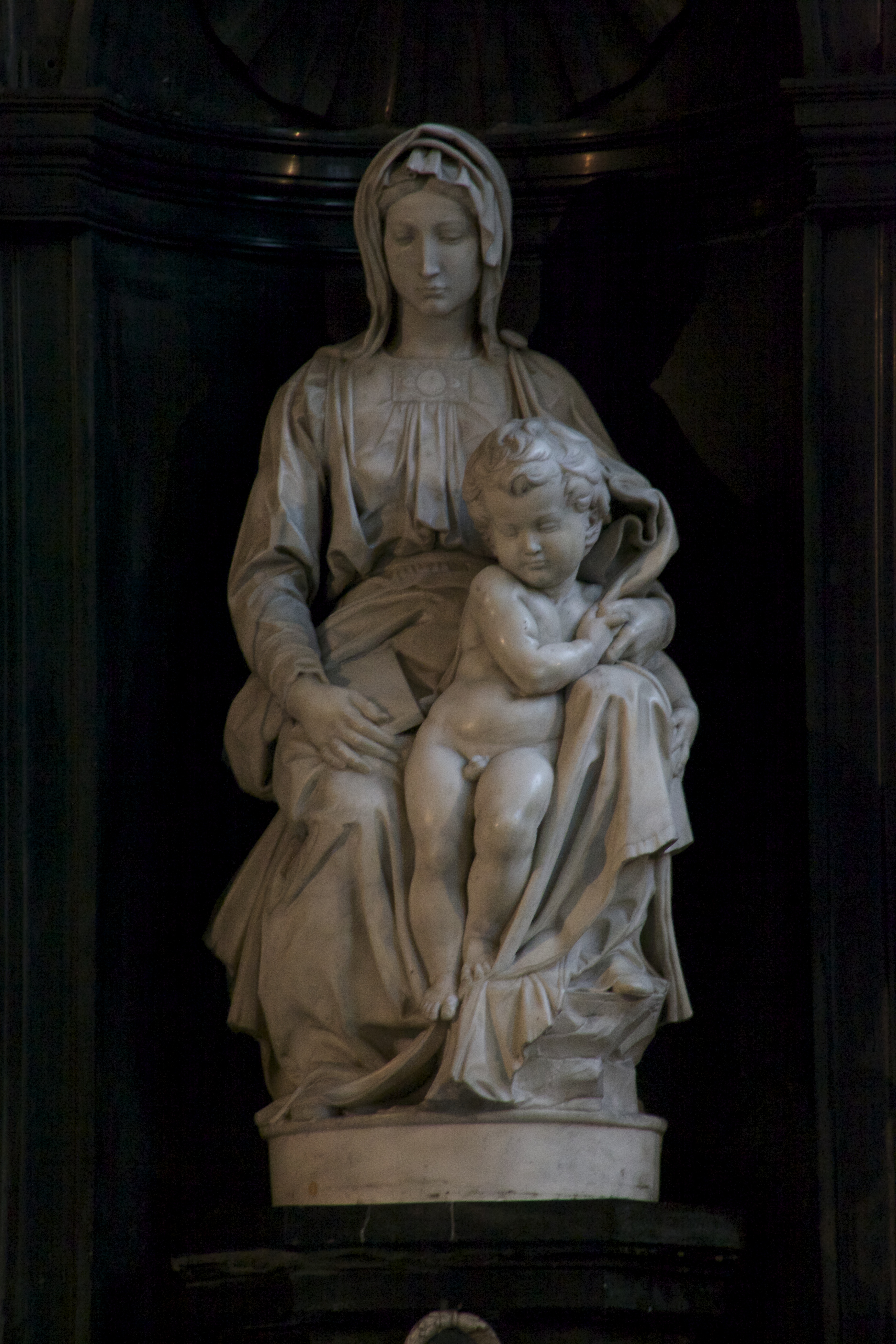 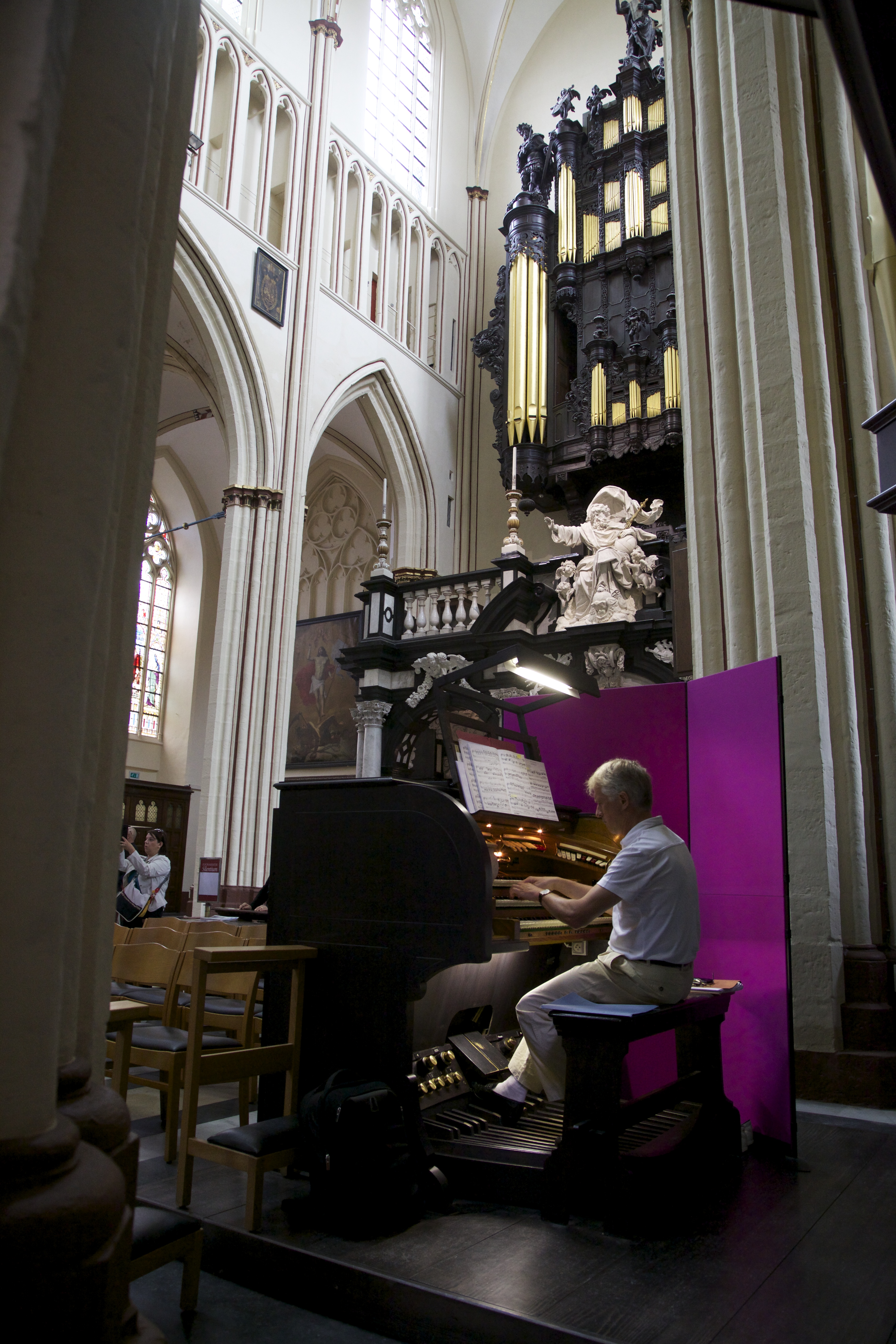 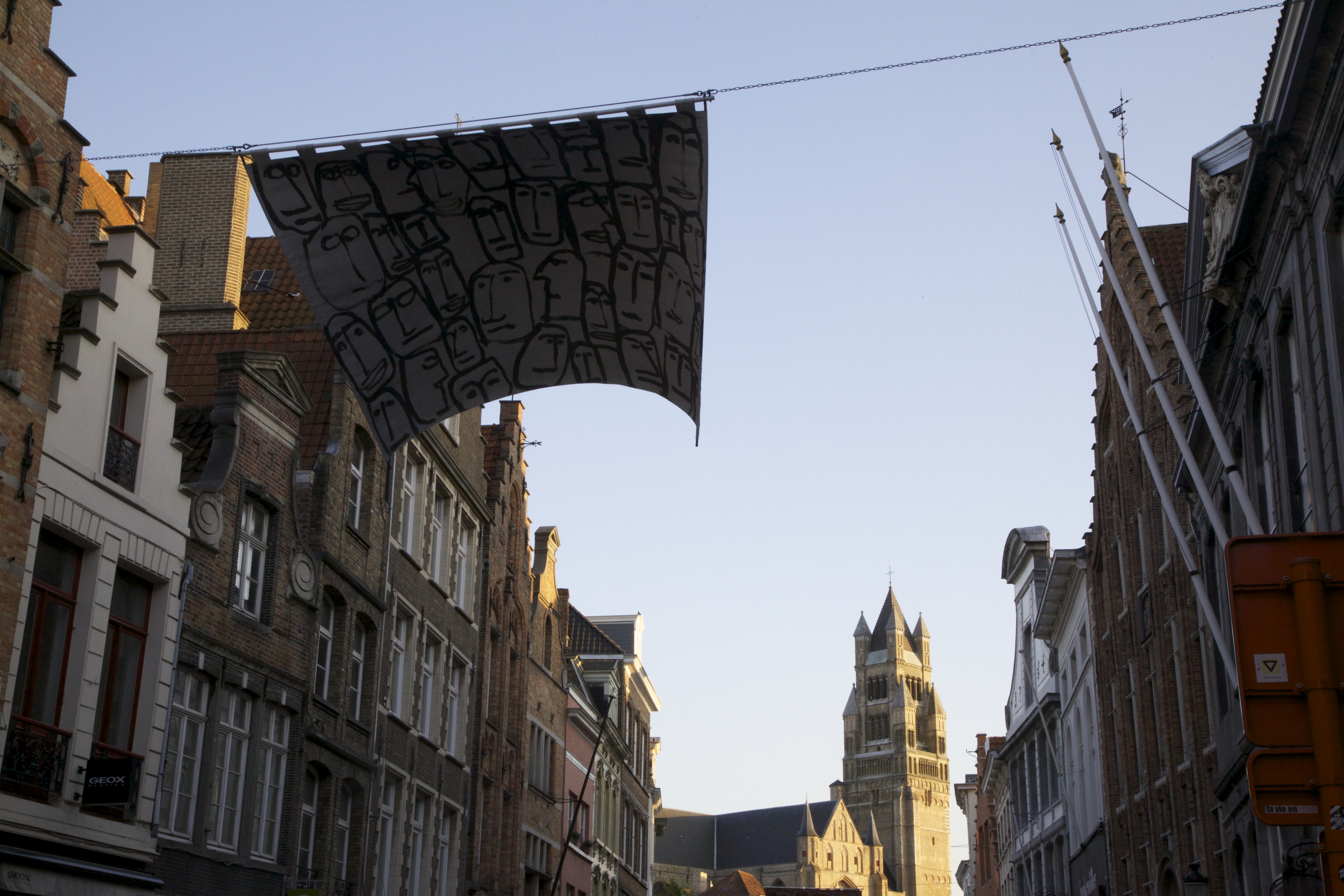 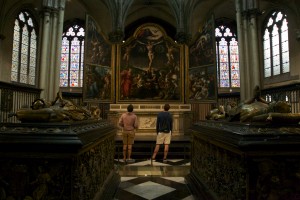 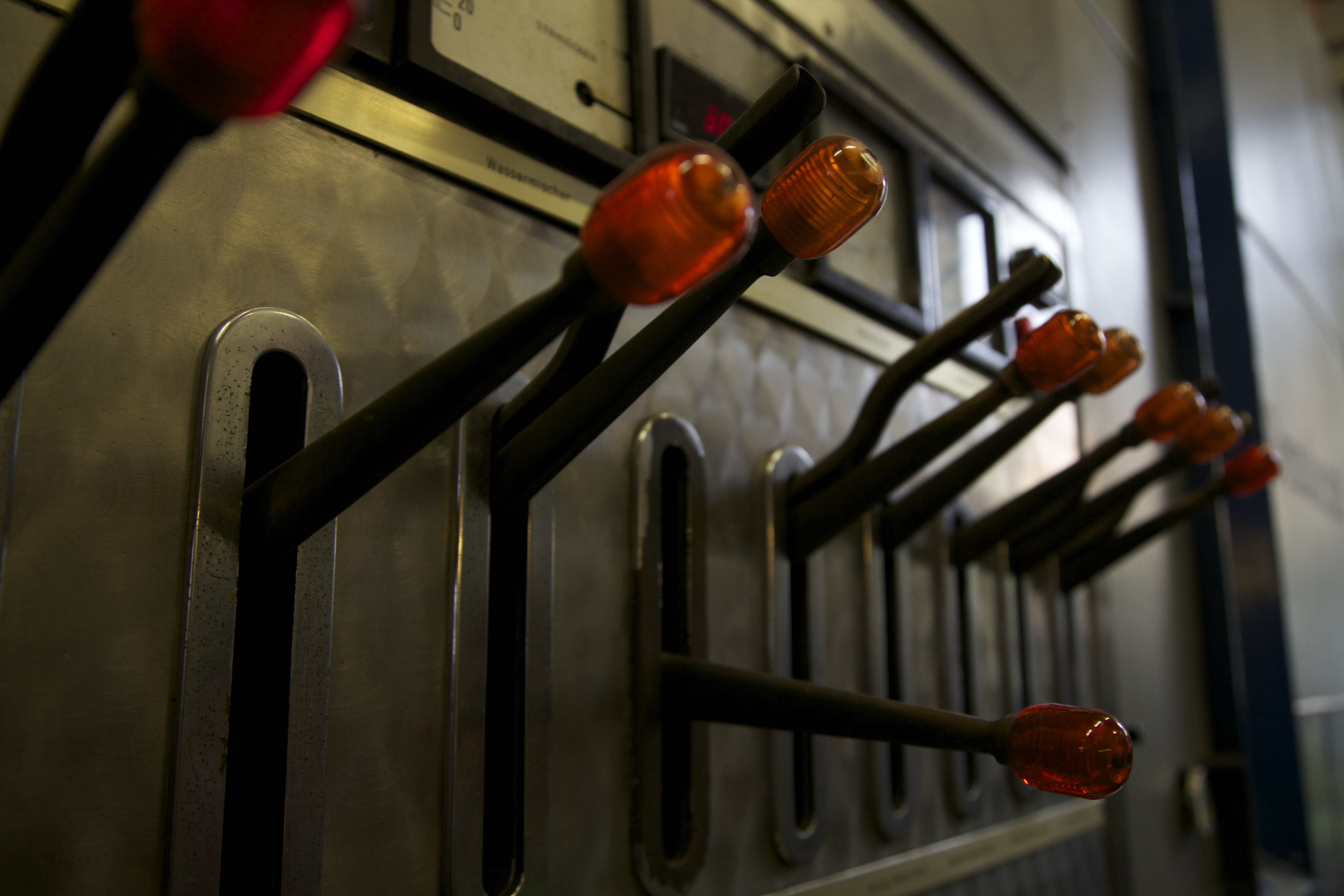 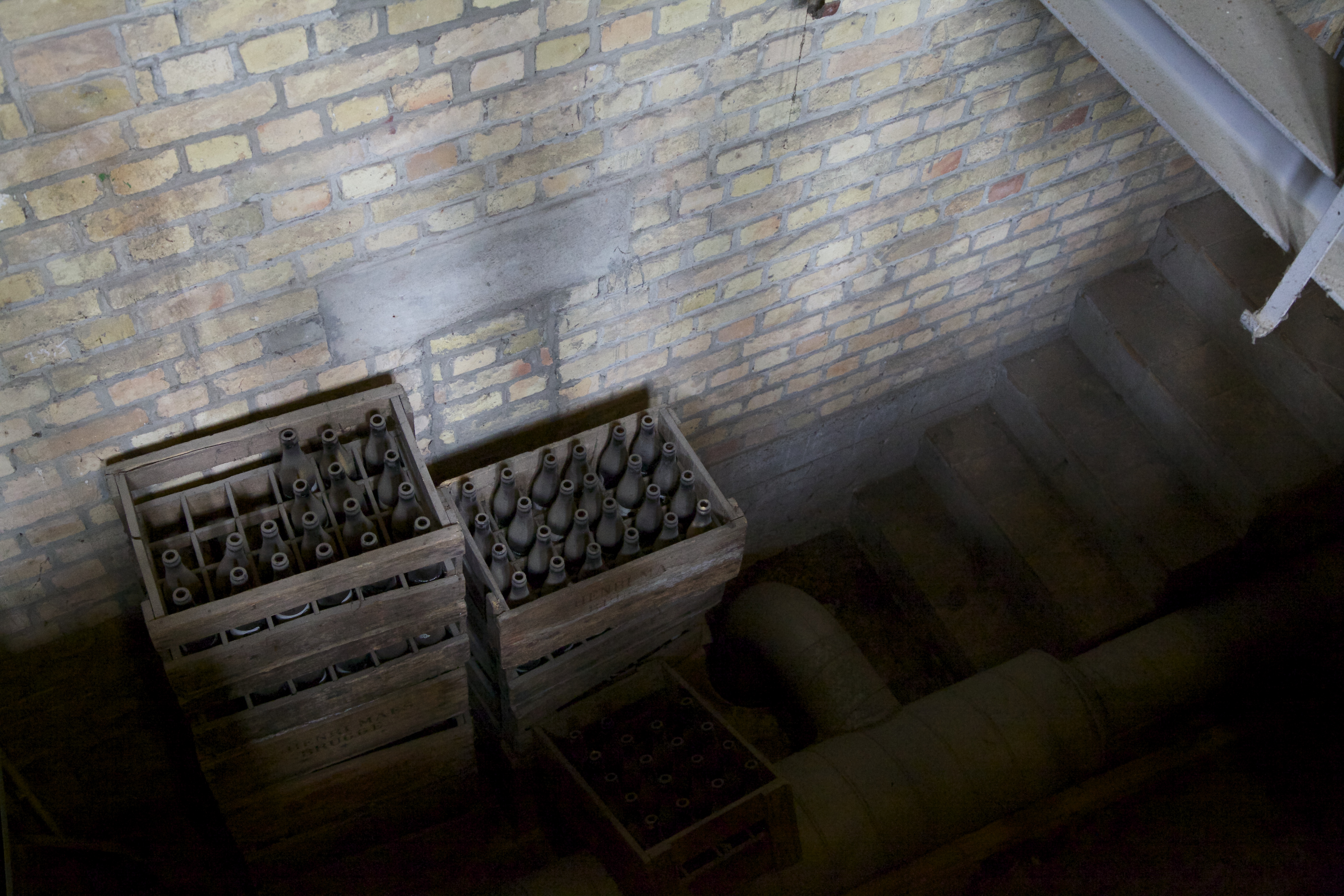 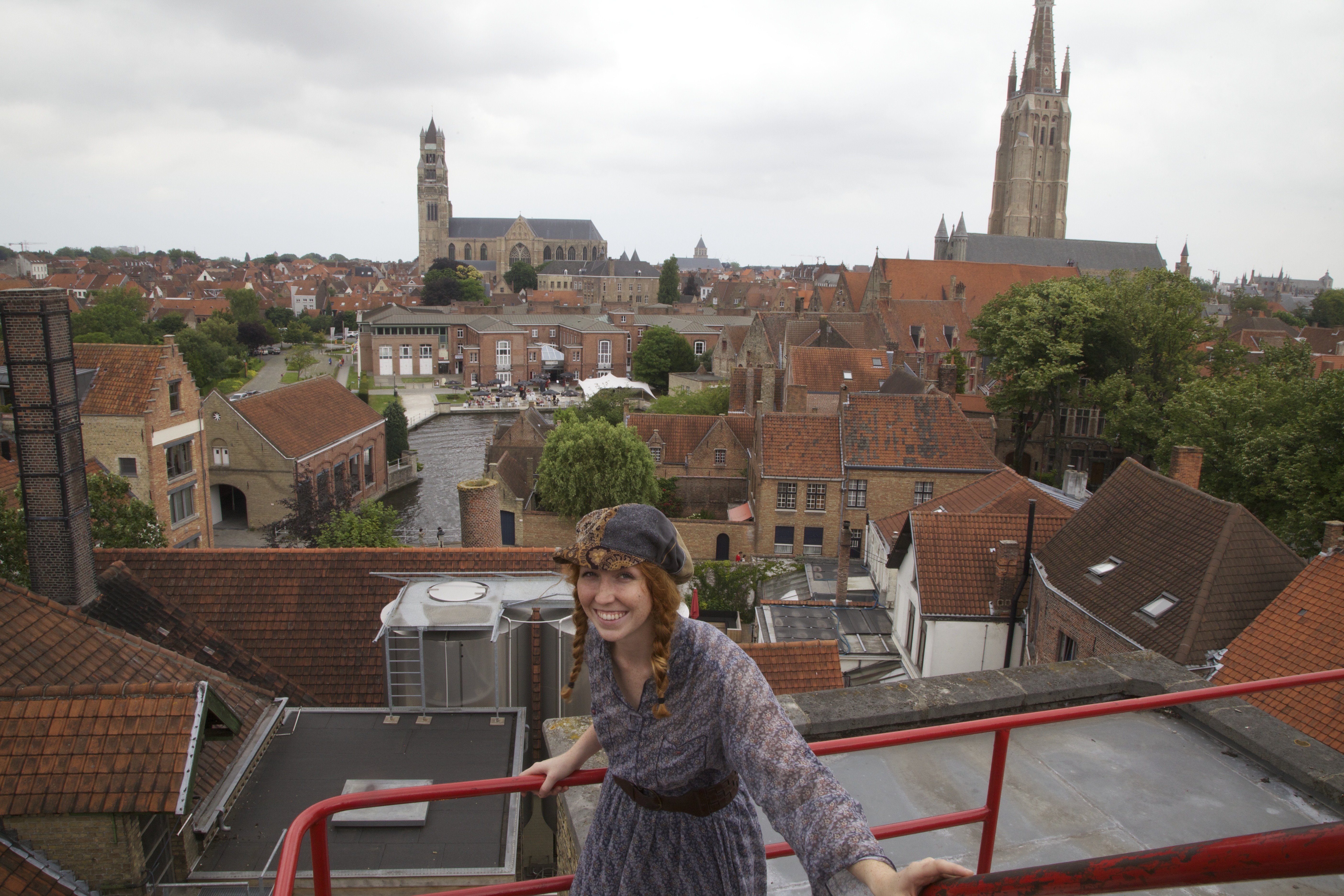 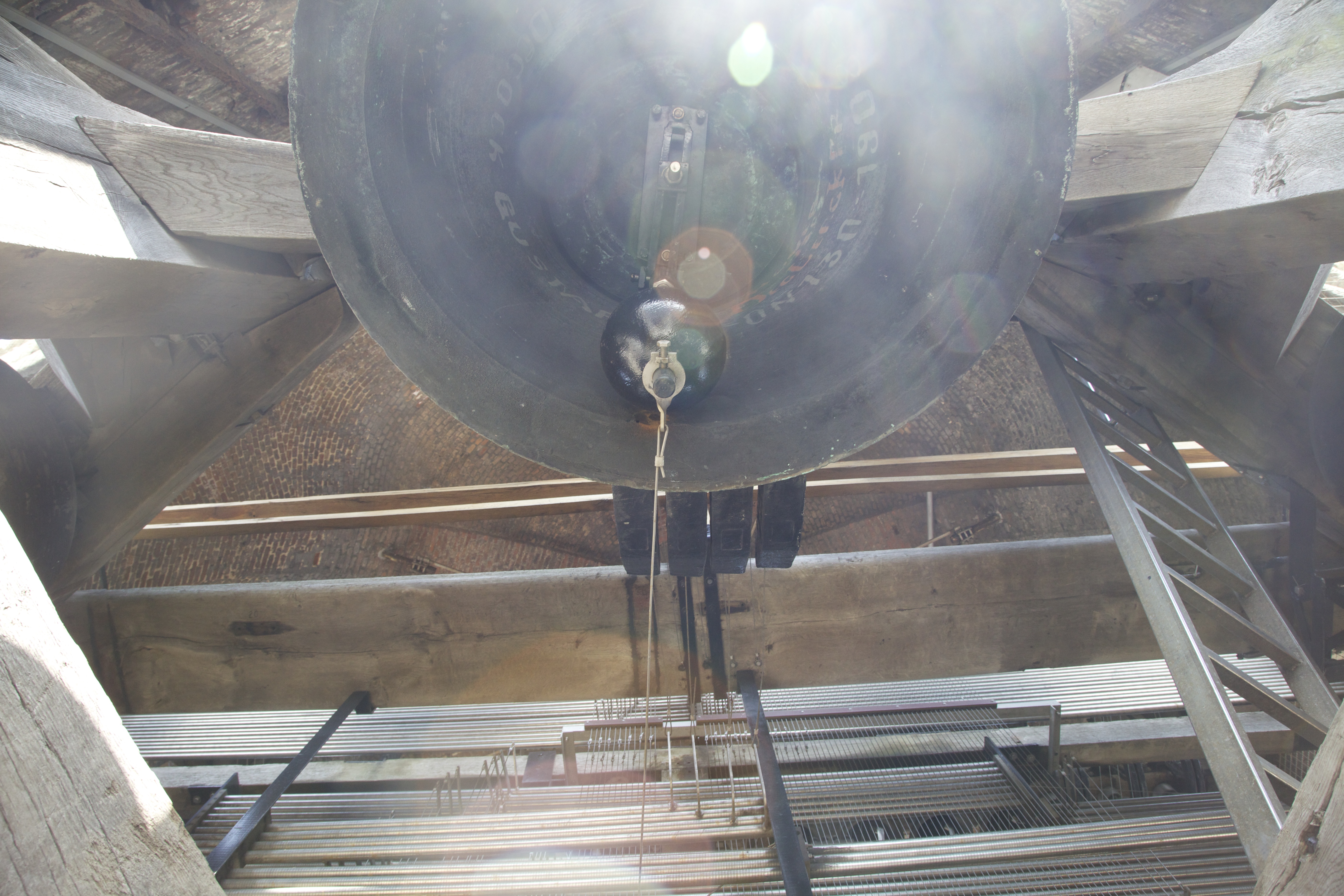 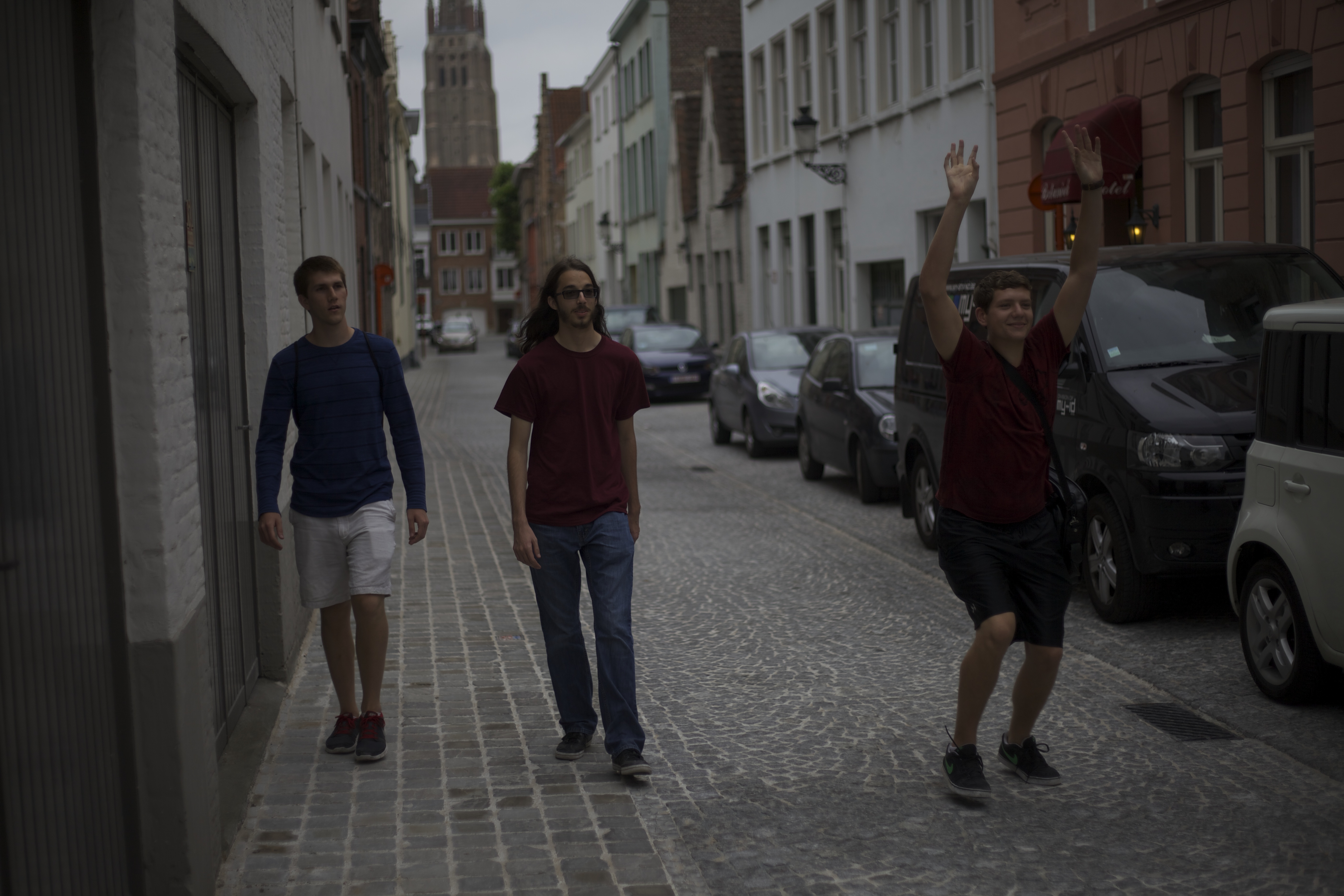 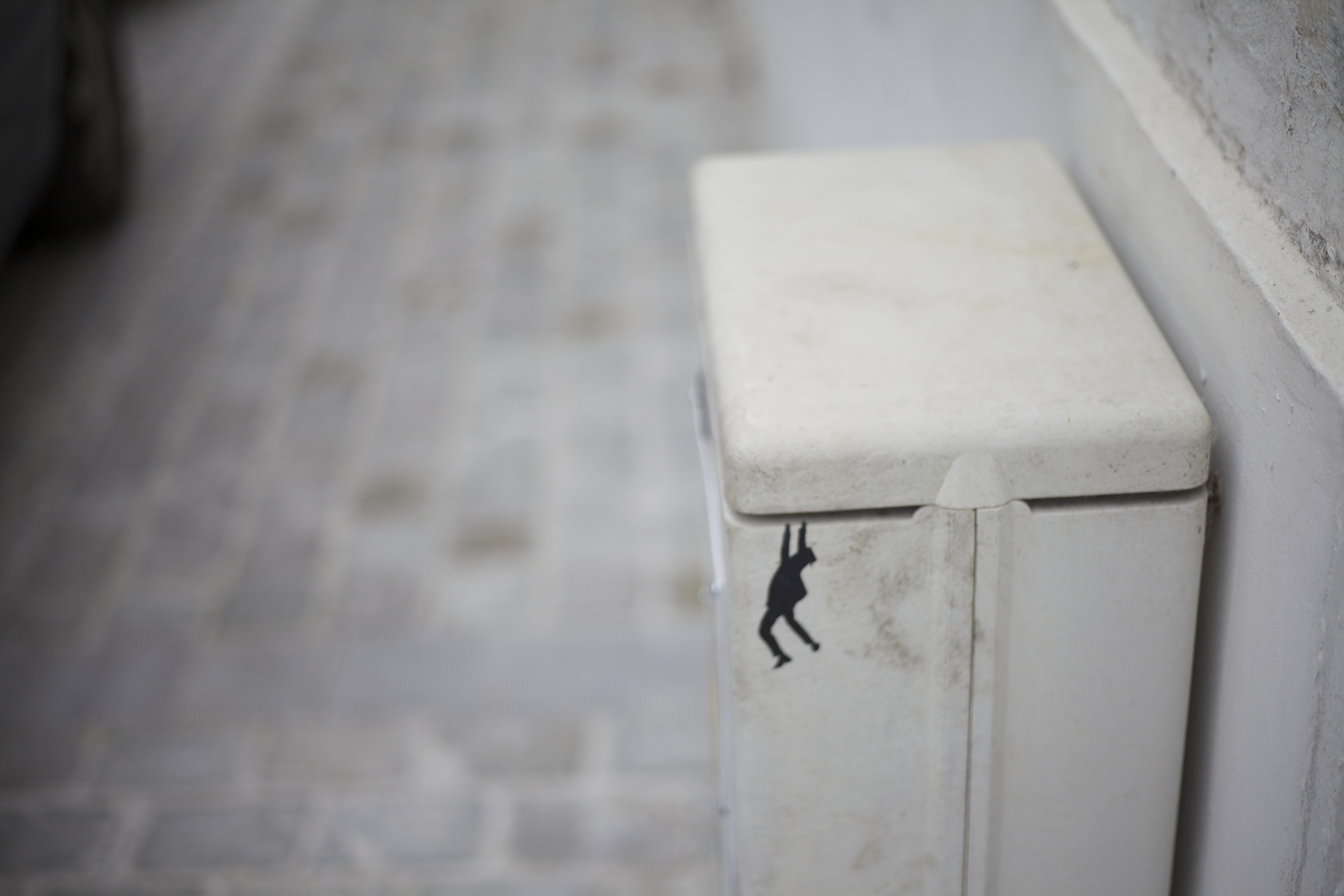 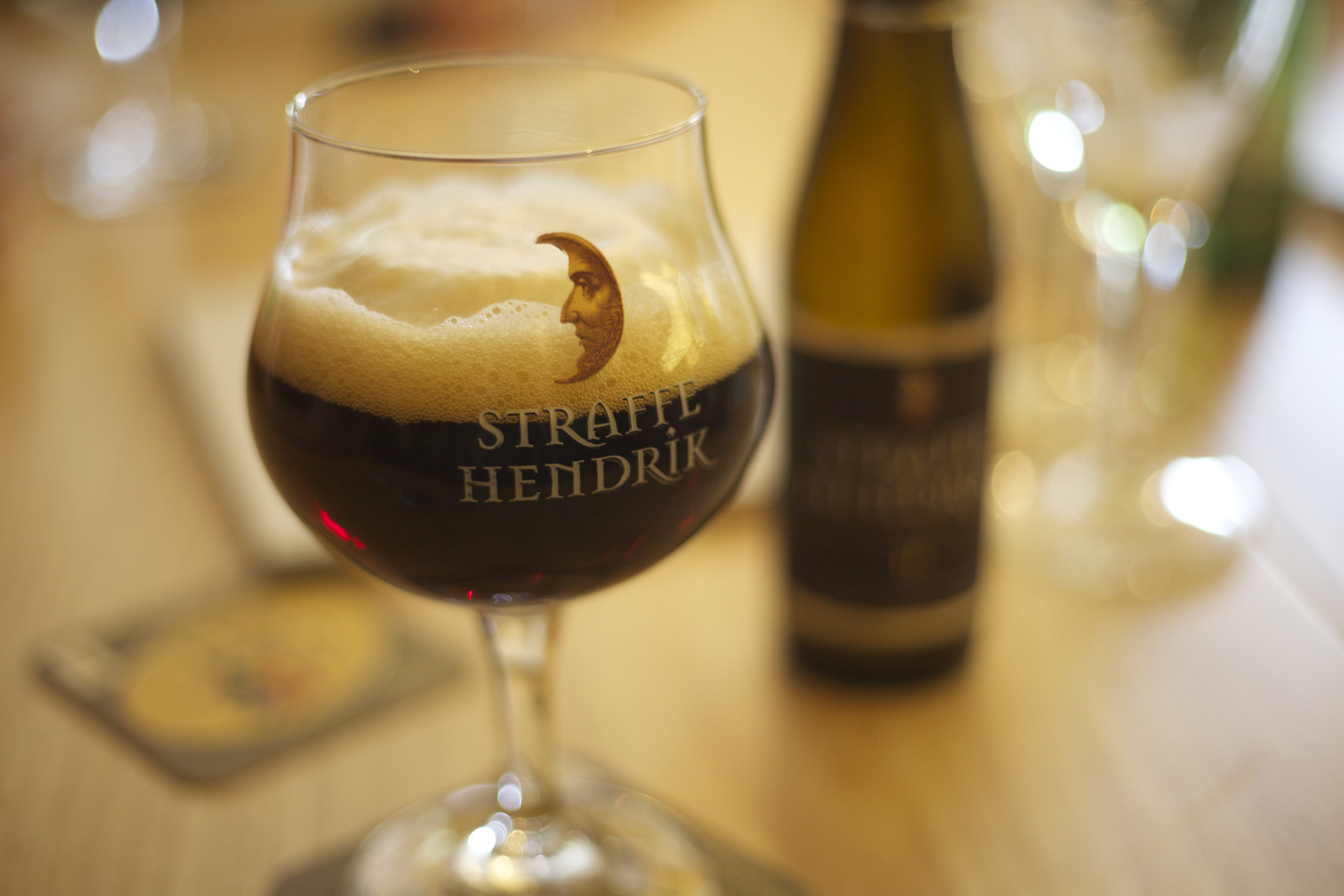 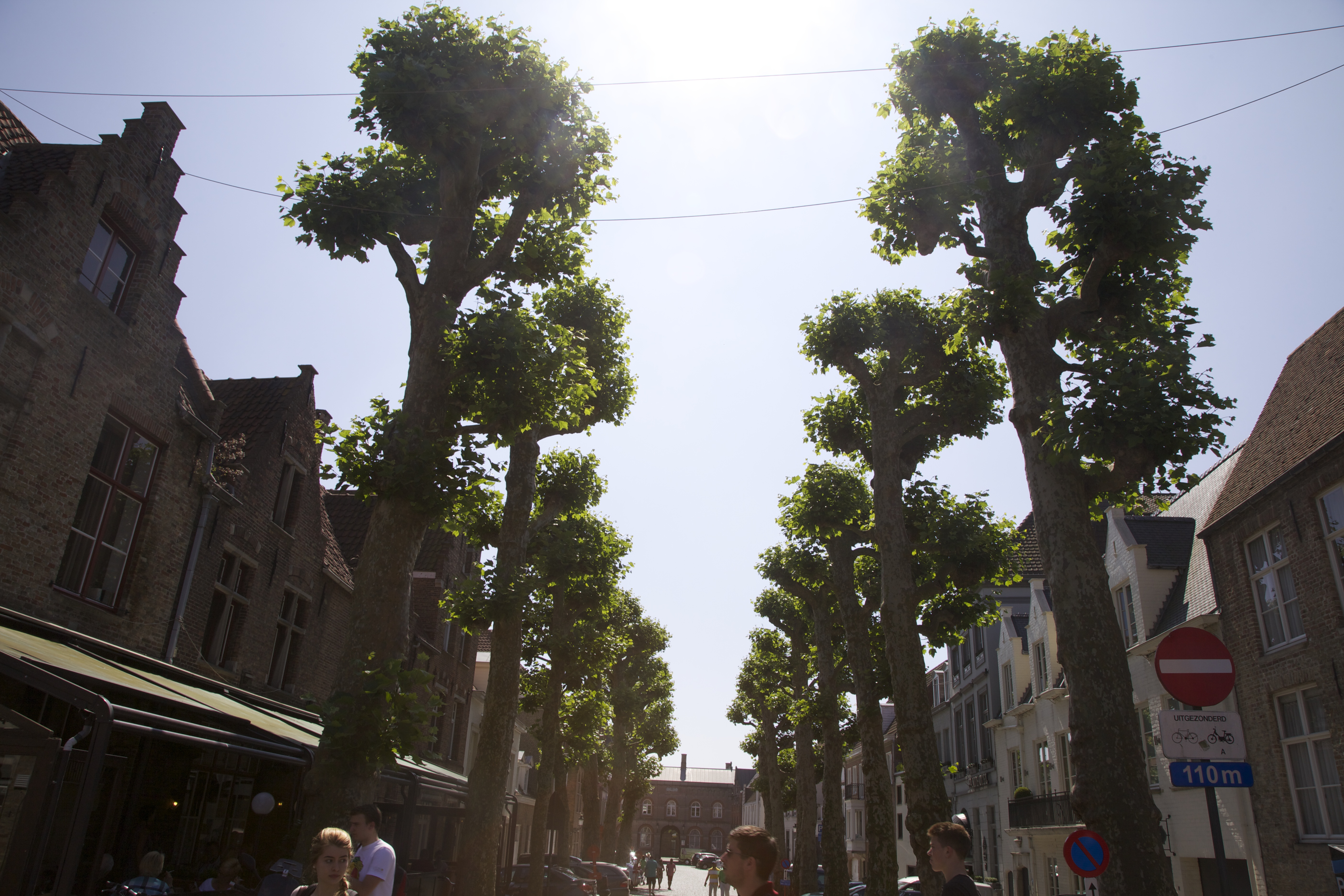 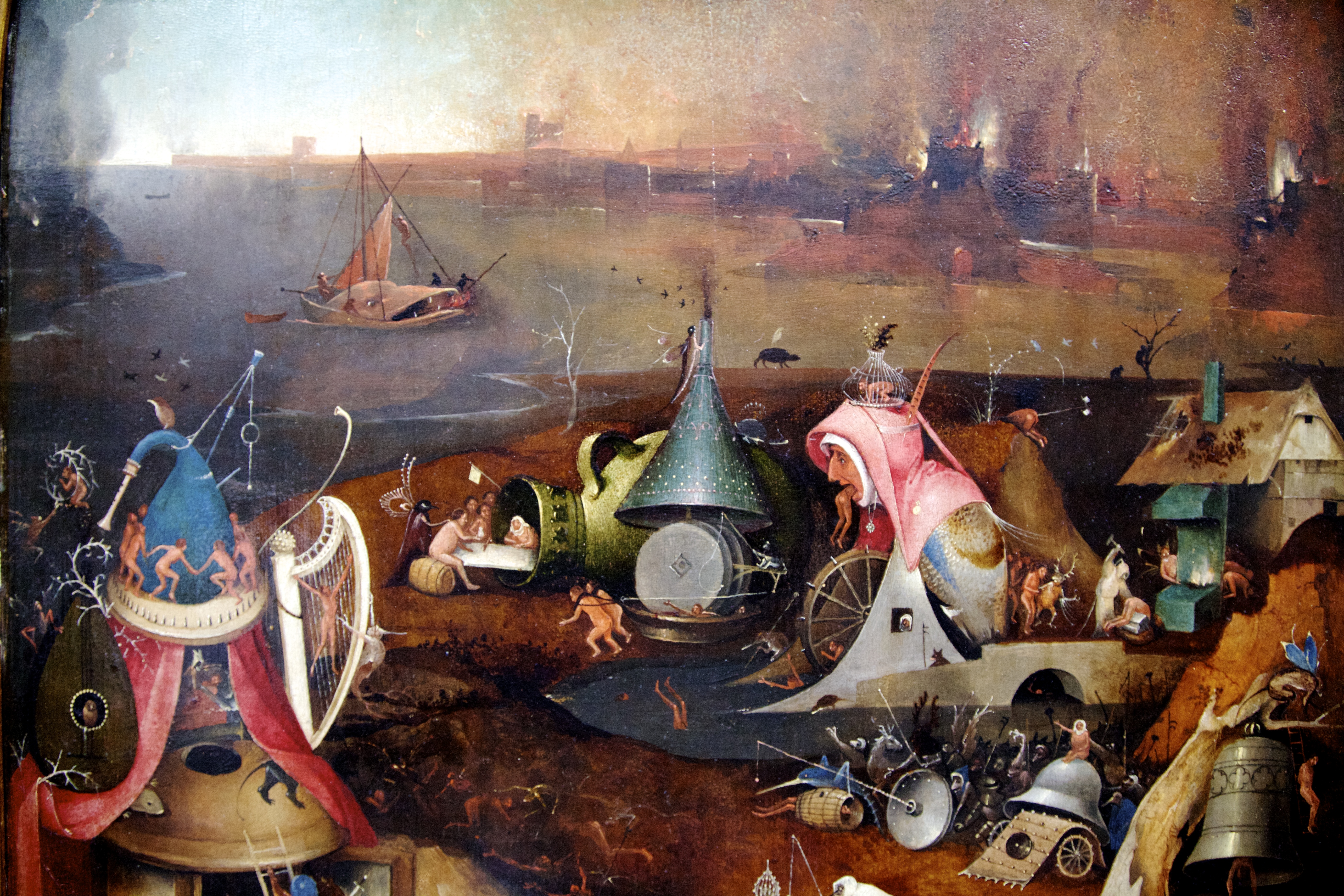 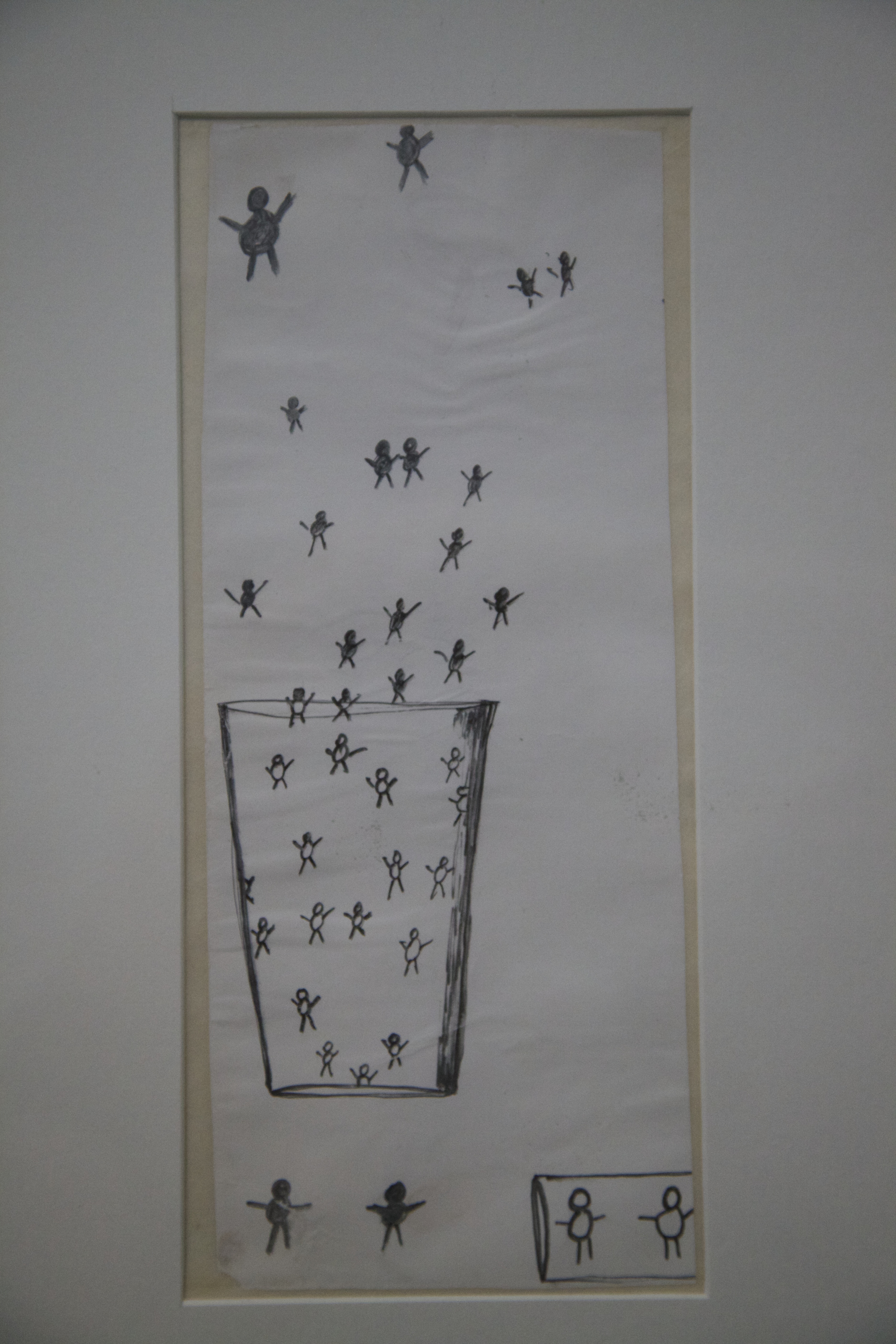 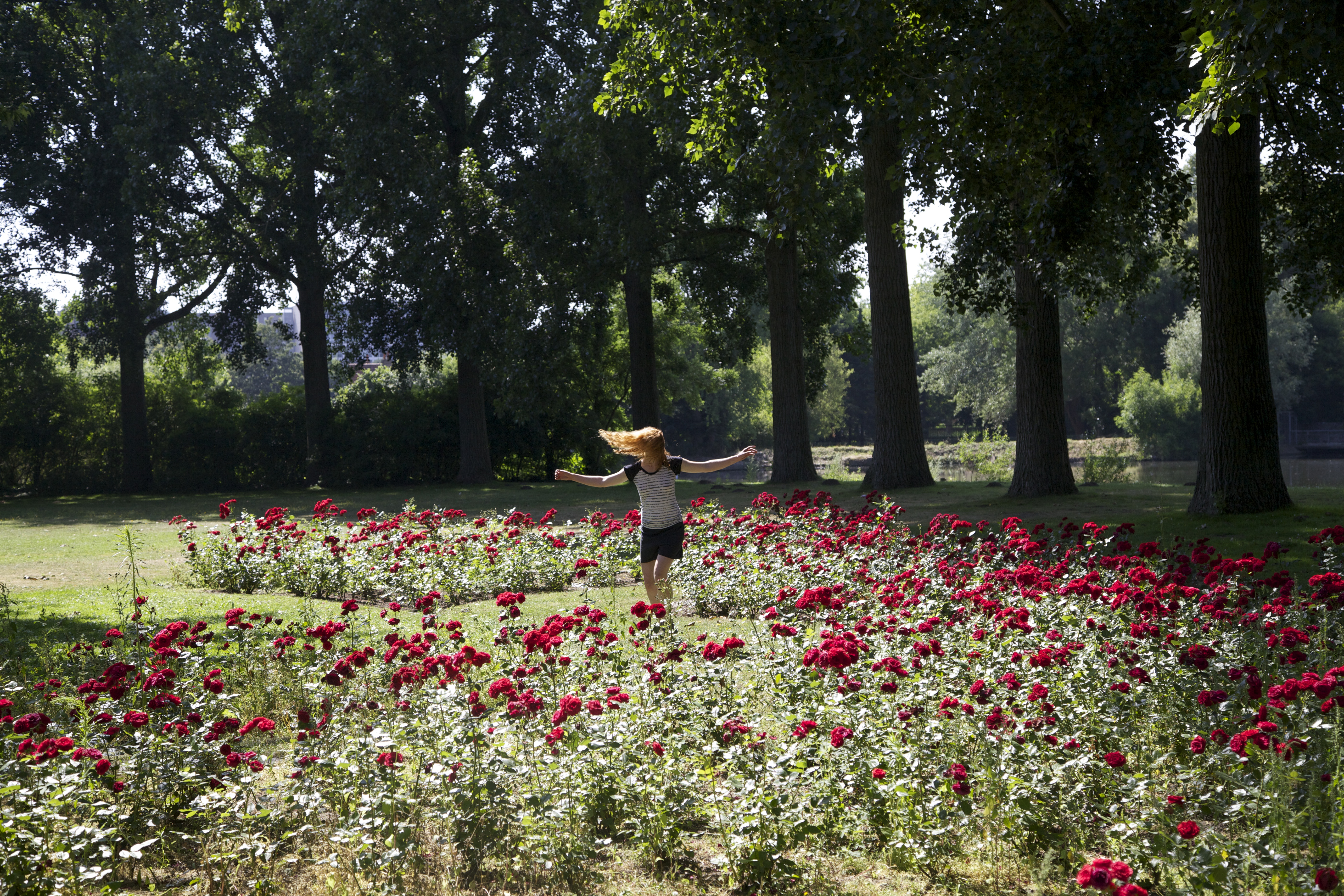 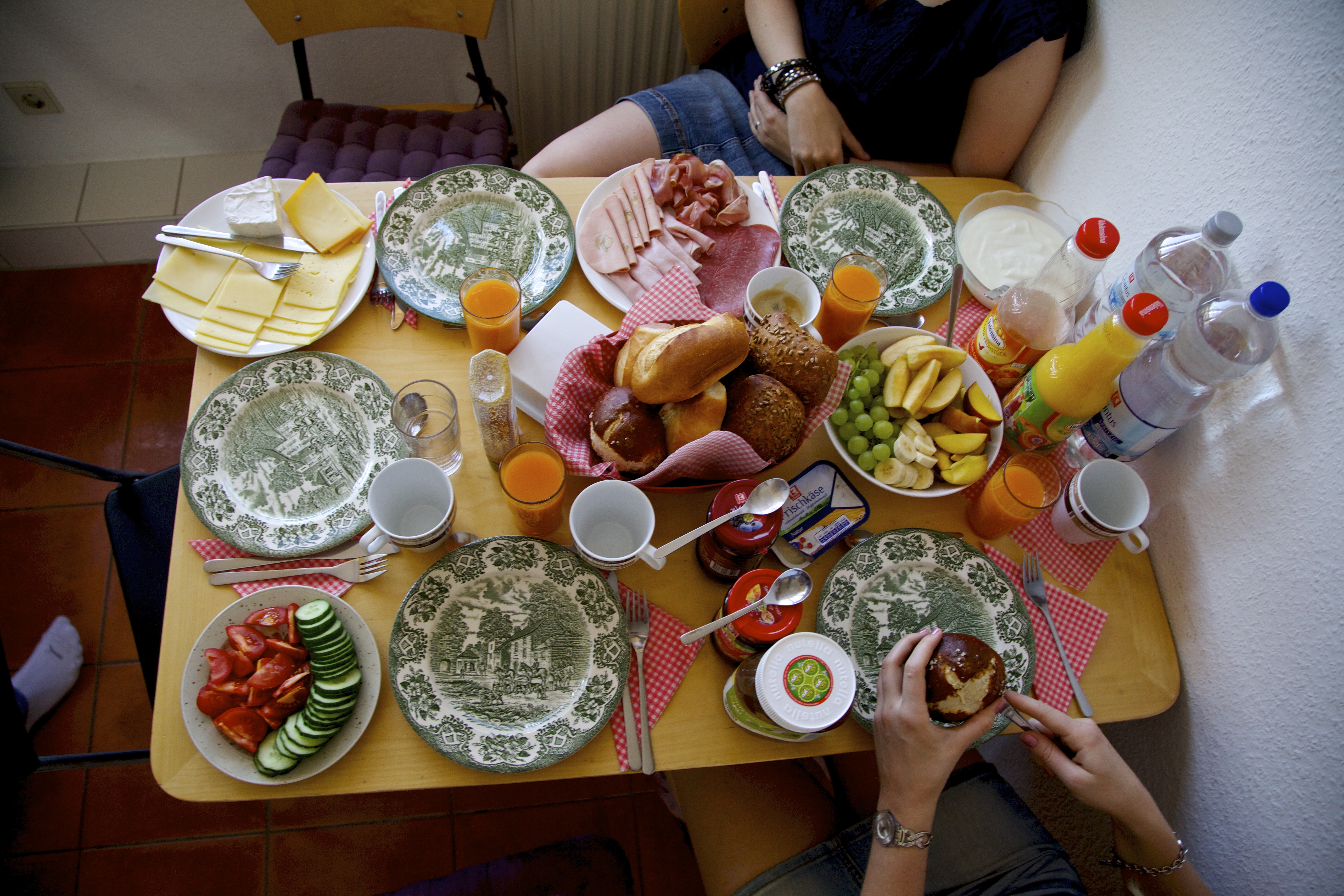 Sabrina, Jason and I began our Sunday morning with a delicious breakfast Mone prepared for us. Unlike in the U.S., the grocery stores here are all closed on Sundays, so preparation is necessary. 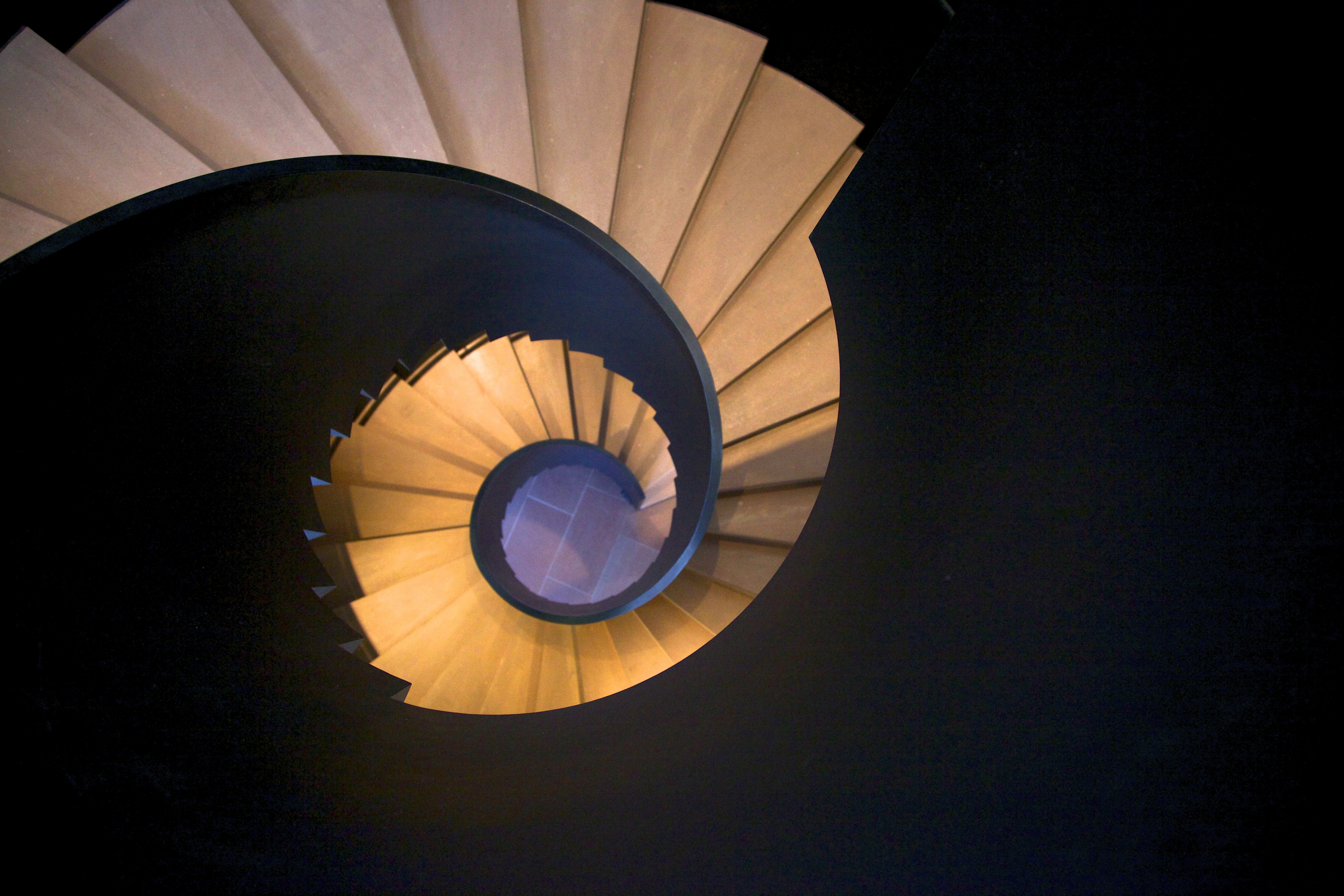 After Frühstück (oder, ‘breakfast’), we took a tram to the Schloss to meet up with other classmates and see the museum, it was closing for the remainder of our time in Mannheim. The museum was pretty much just a sectioned off portion of the palace in which they kept the remaining ornate furniture, rather than desks and chalkboards (yes, our instructors write on actual chalkboards!) 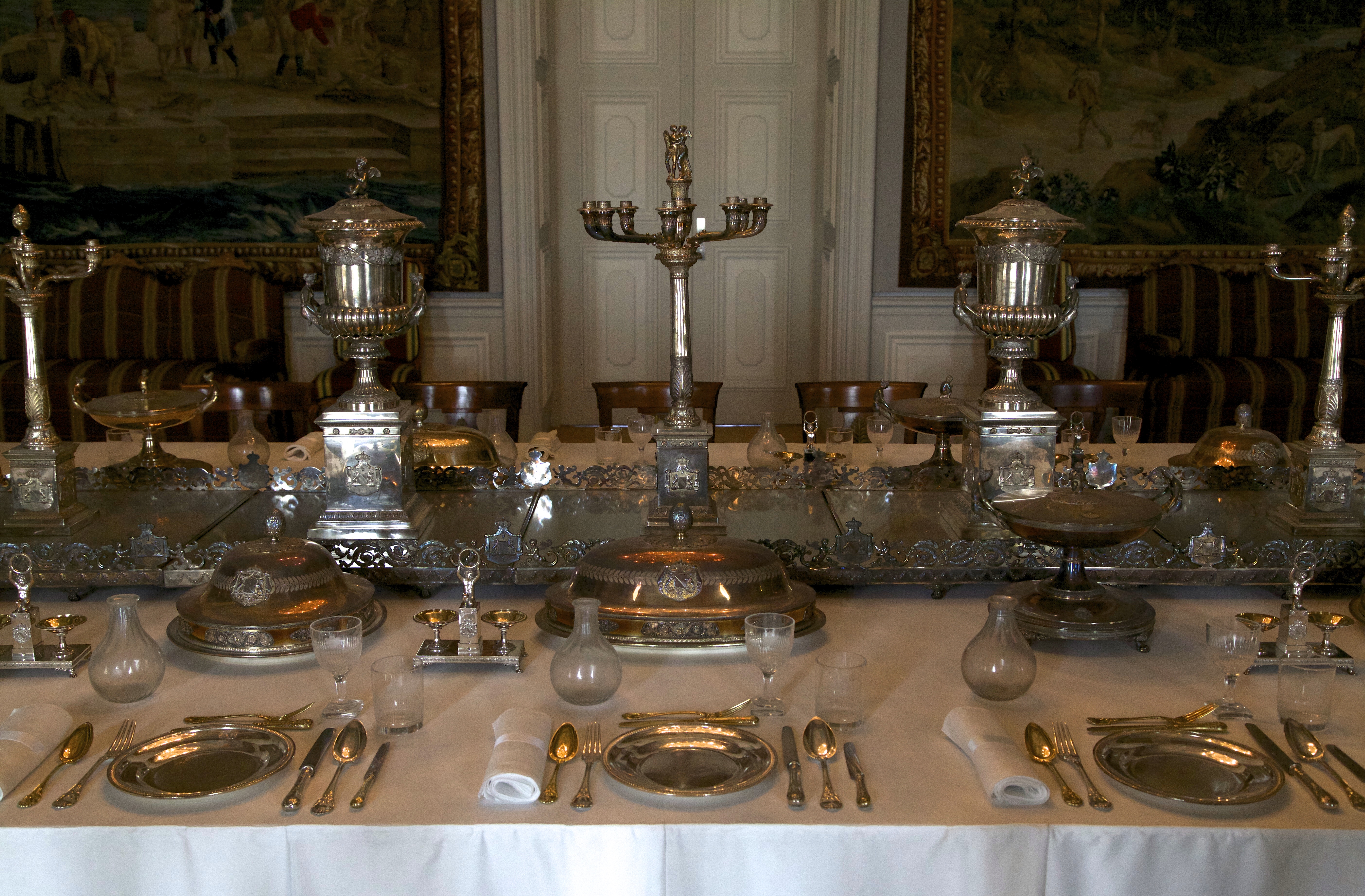 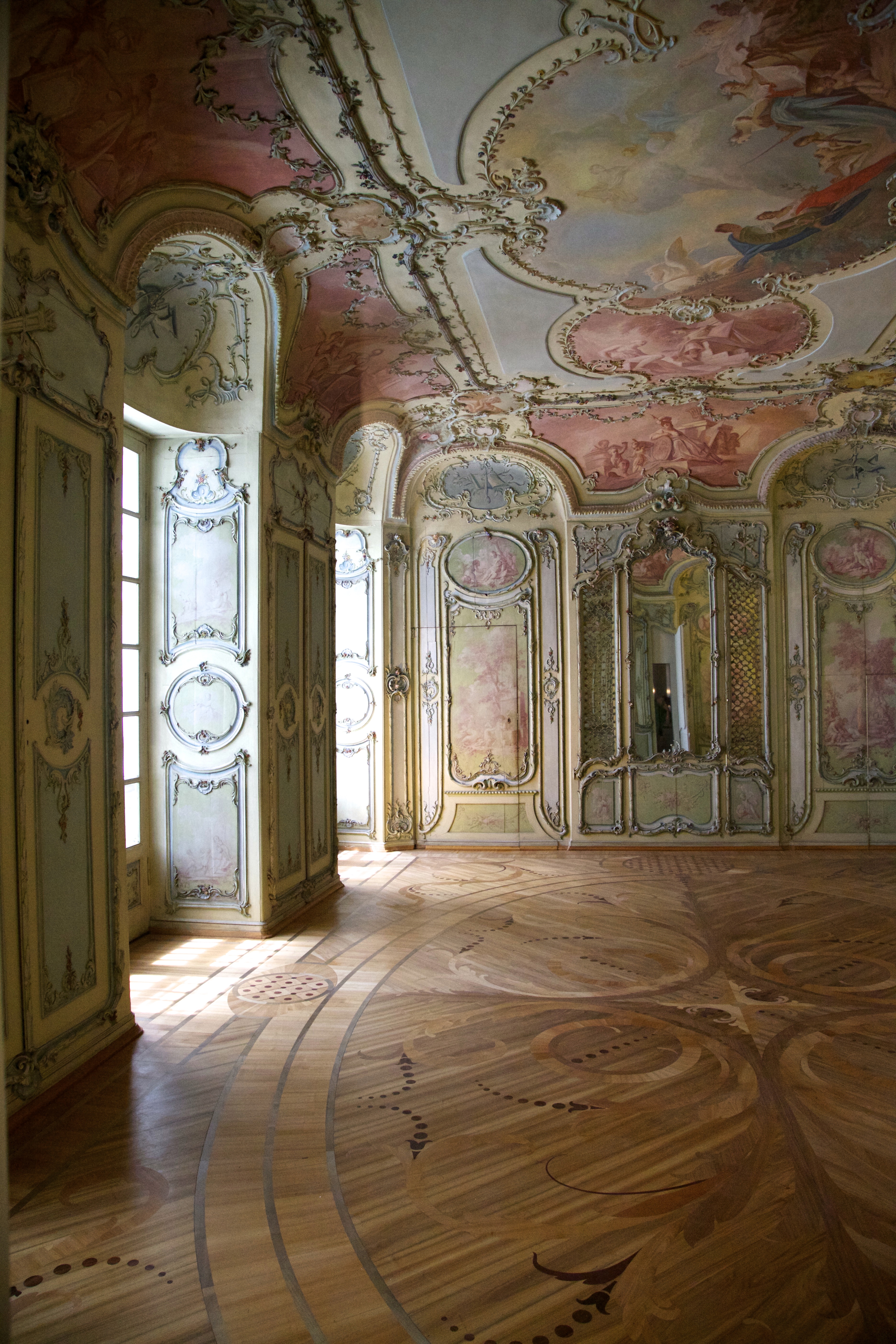 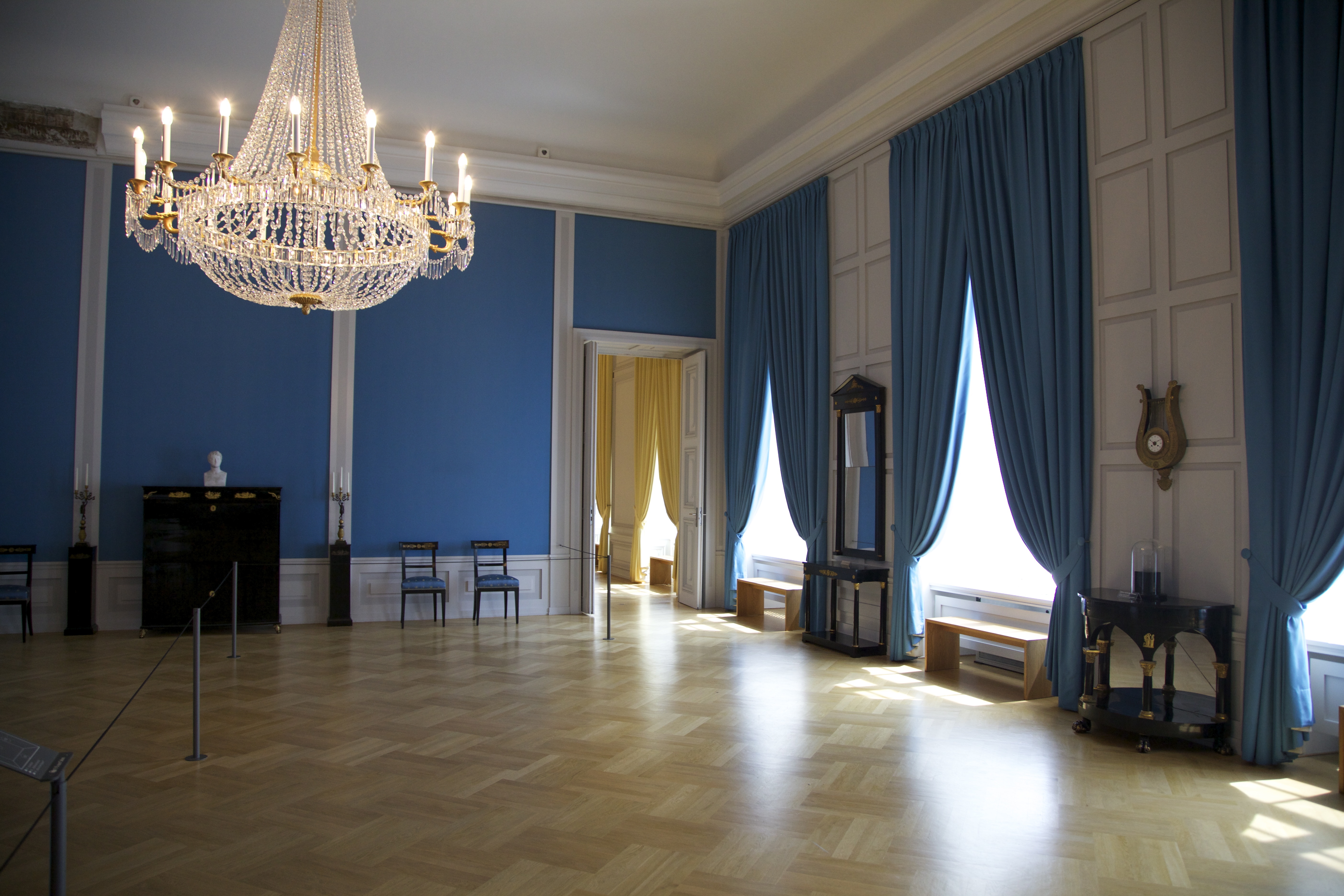 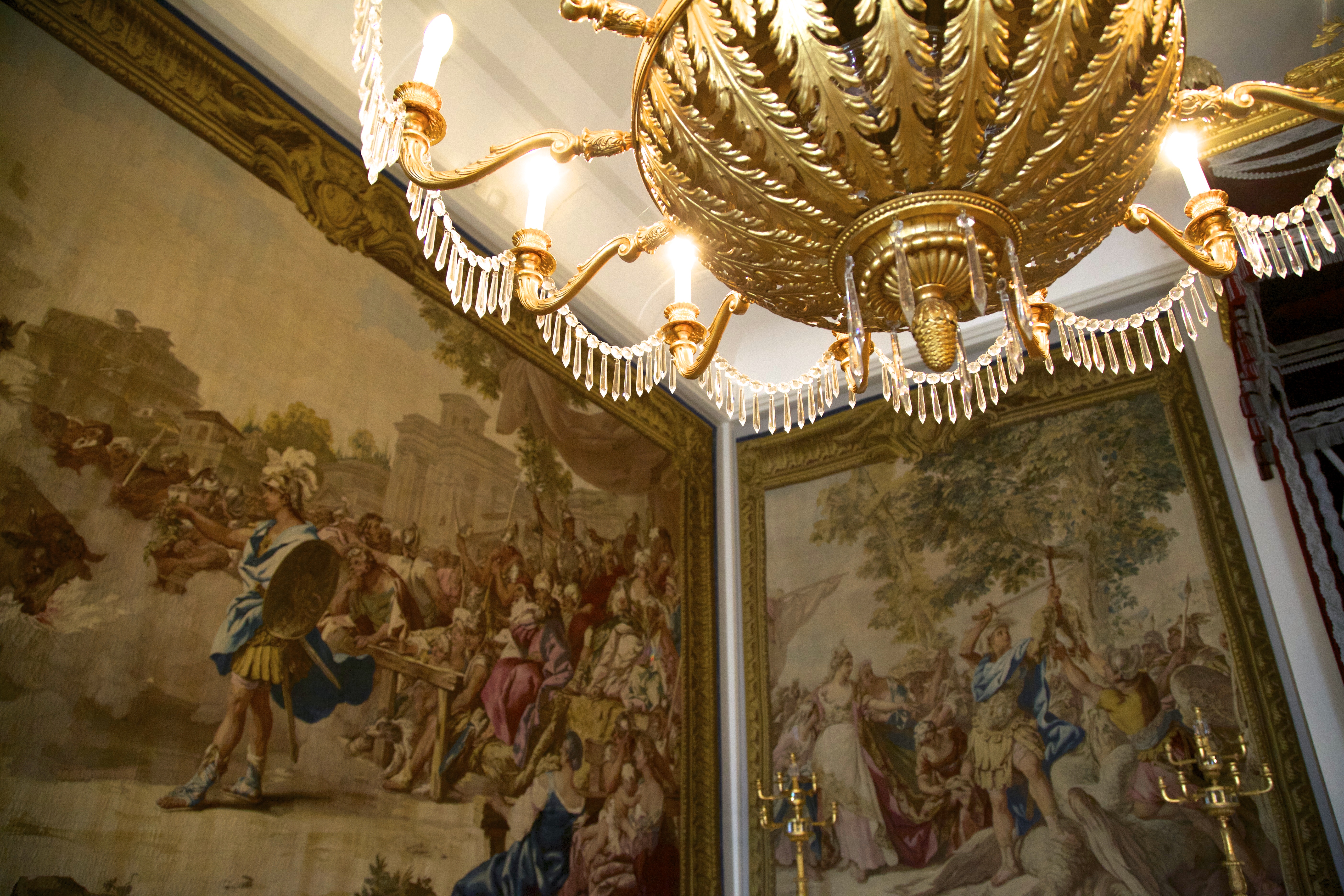 After the ooo’s and the ahh’s at the fanciness dripping from the history of our present University, Ryan, Bryan, Kenny and I caught yet another train to Heidelberg. We were determined to hike to the top of Philosopher’s Walk this time.

“Ein kugel, ein Euro.”
One scoop, one Euro. This familiar phrase sent butterflies of warmth to my ears. I understood without doubt what these four words meant, thanks to my stay last summer in Berlin, when eating ice-cream was at least a once-daily routine.  The delectable Hazelnut and Pistachio flavors are just not as prolific back home. We all got ice cream. Natürlich.

We arrived at the train station and crossed the river to the base of the Philosopher’s Walk. The hike started steep, but we mustered through it at a fair pace, climbing higher and higher over Heidelberg. 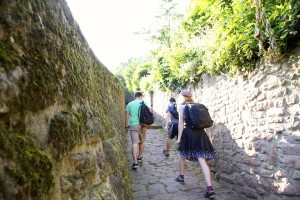 And then we saw it.

The most epic spinning playground toy ever.

It plays the up-down weight game like a seesaw, but it also spins 360 degrees around. 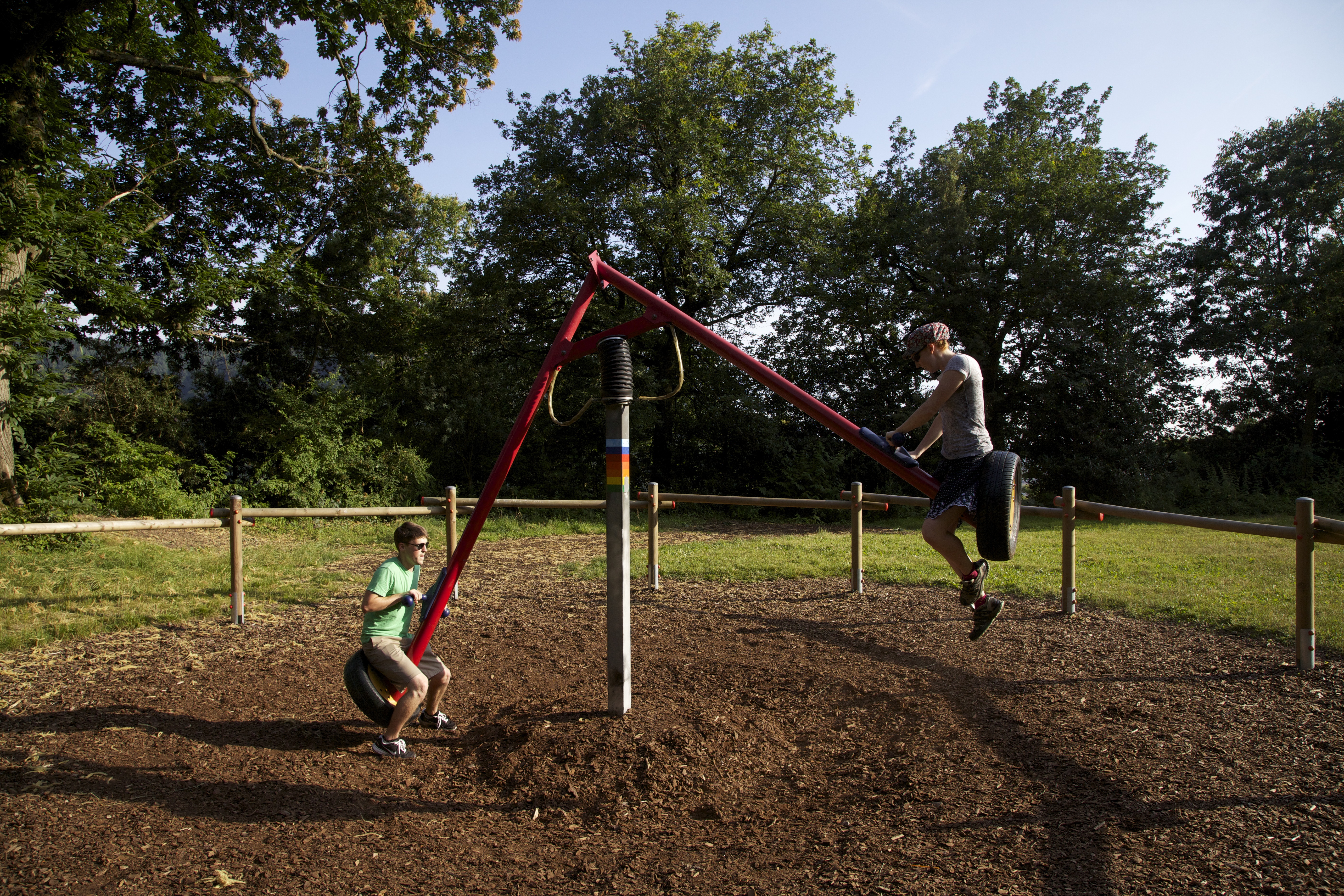 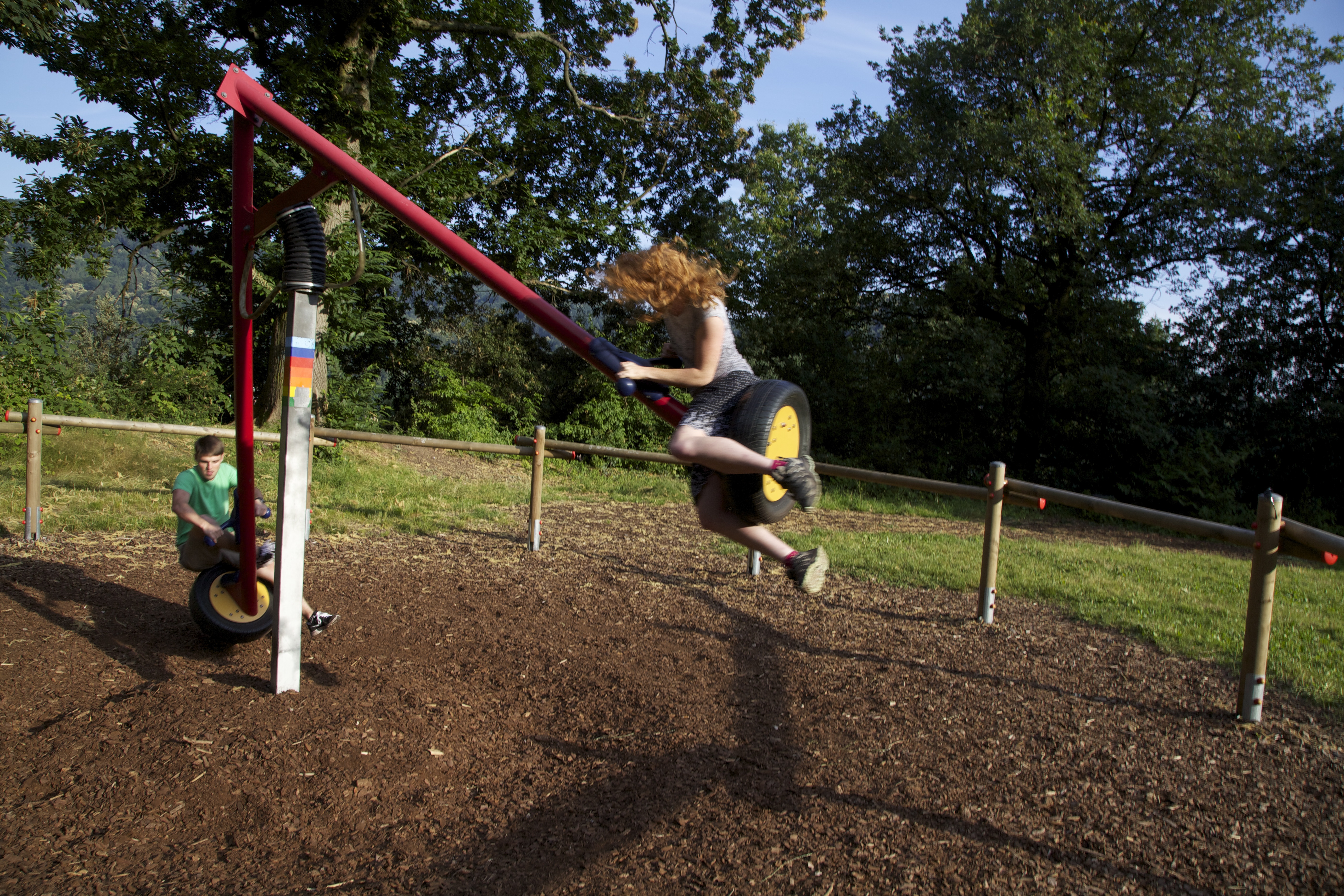