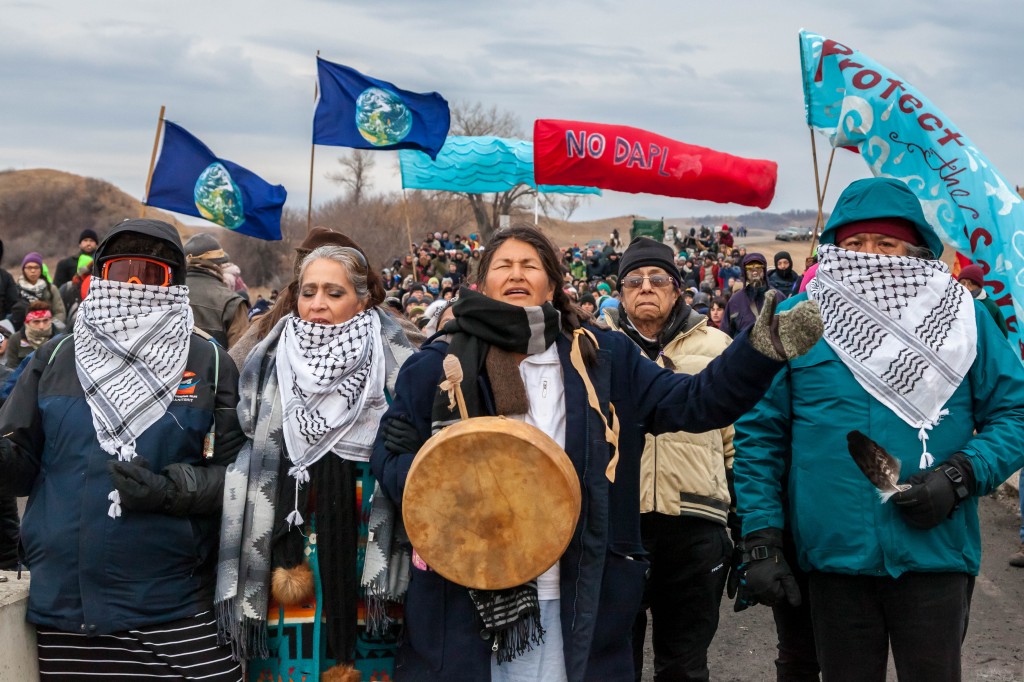 Hundreds of women walk in silent prayer from Sacred Stone to the barricade on the bridge crossing Cannonball River on Sunday, November 27, 2016. 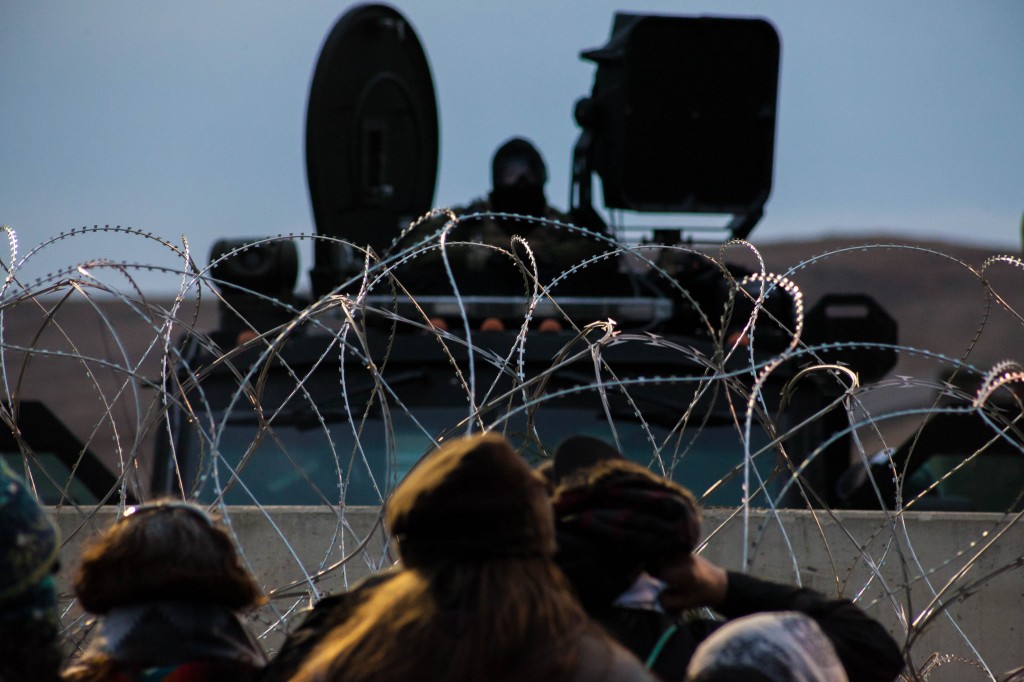 Six elders stood singing and praying with sage and cedar across barbed wire from armed security. 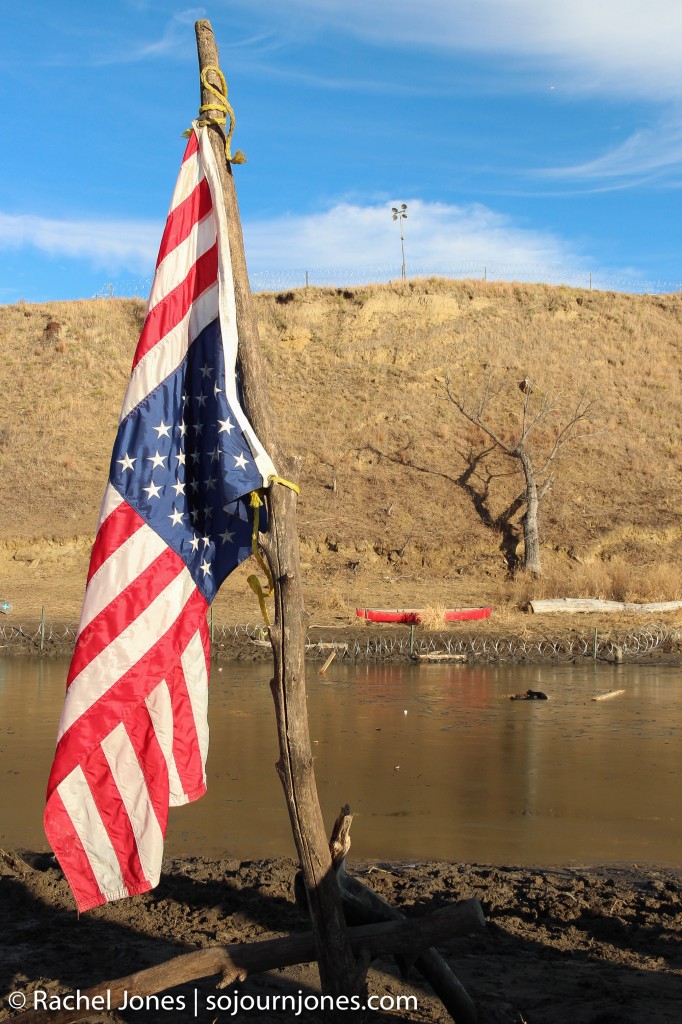 November 26, 2016 – Turtle Island, Standing Rock – Barbed wire was put up at the top of Turtle Island and along the beach, with the camp’s canoes between them.

As per the United States Flag Code, Title 4, Chapter 1, “§ 8(a)The flag should never be displayed with the union down, except as a signal of dire distress in instances of extreme danger to life or property.” 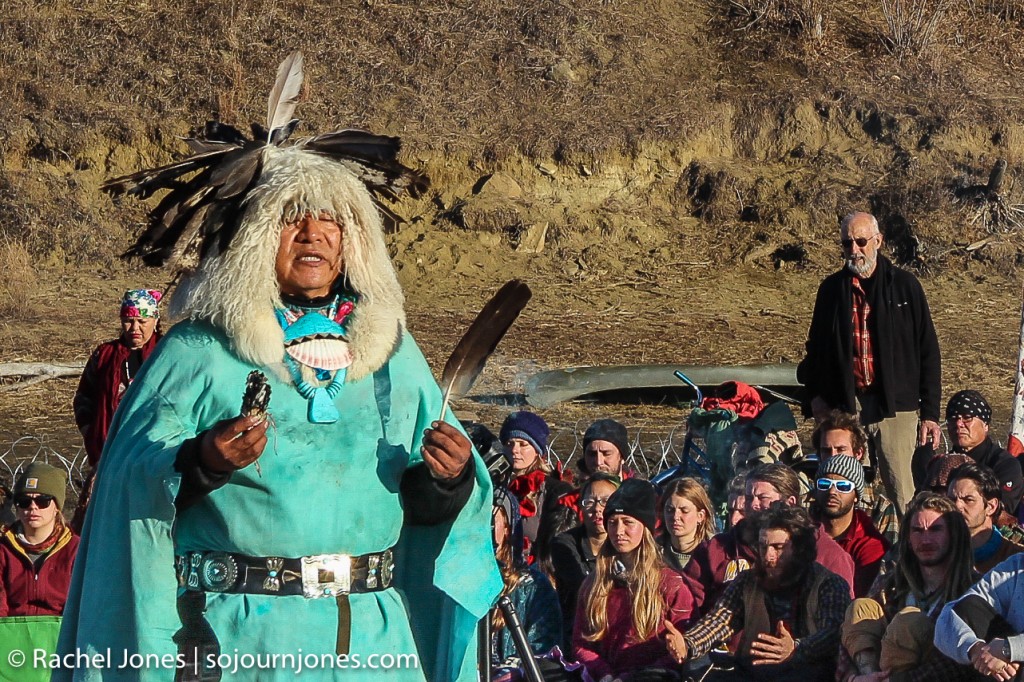 Uqualla from the Habasuppai tribe in the Grand Canyon in Arizona, speaks to those gathered across the river from Turtle Island prior to the silent prayer on Saturday, November 26, 2016, as part of a global meditation with people participating in more than 400 locations. 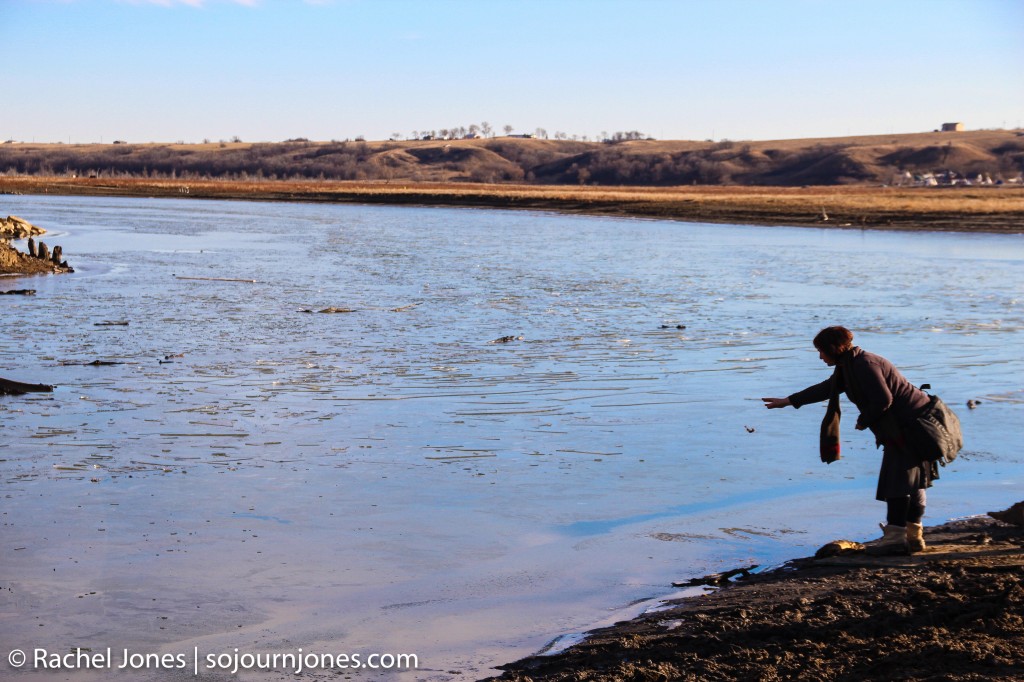 November 26, 2016 – Tara Tippett, 39, offers tobacco to the Cannonball River for “for their healing and ours because they’re intertwined.” 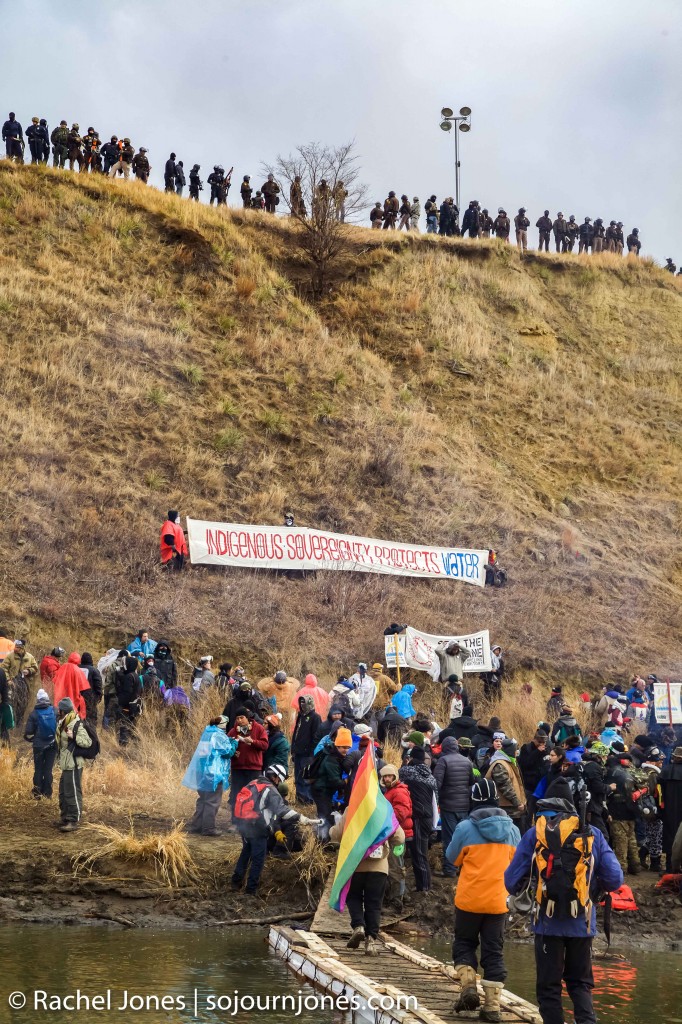 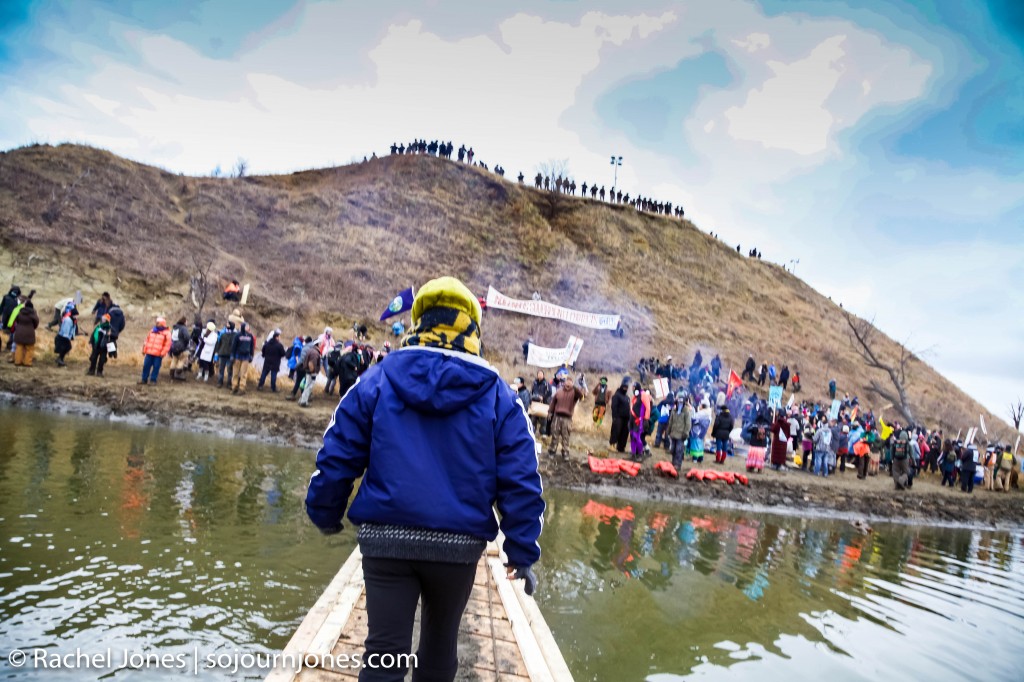 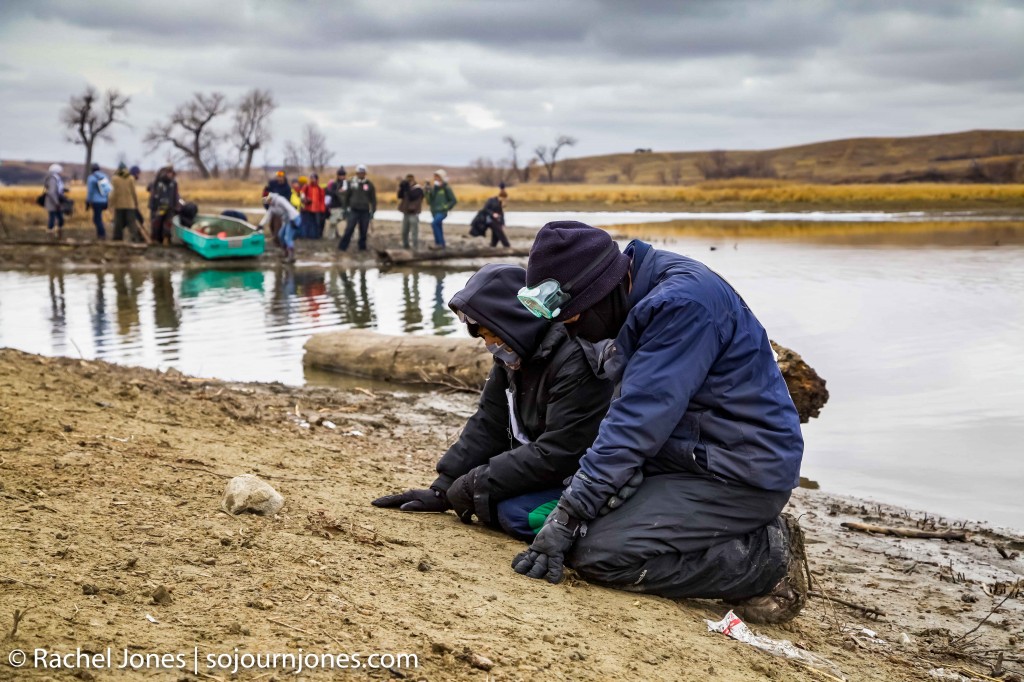 Jumping Mouse, aka Georgie Lilgreen, age 50, of Tlingit descent, drove out from Stanwood, Wash. Jumping Mouse and another water protector pray at the base of Turtle Island on November 24, 2016. 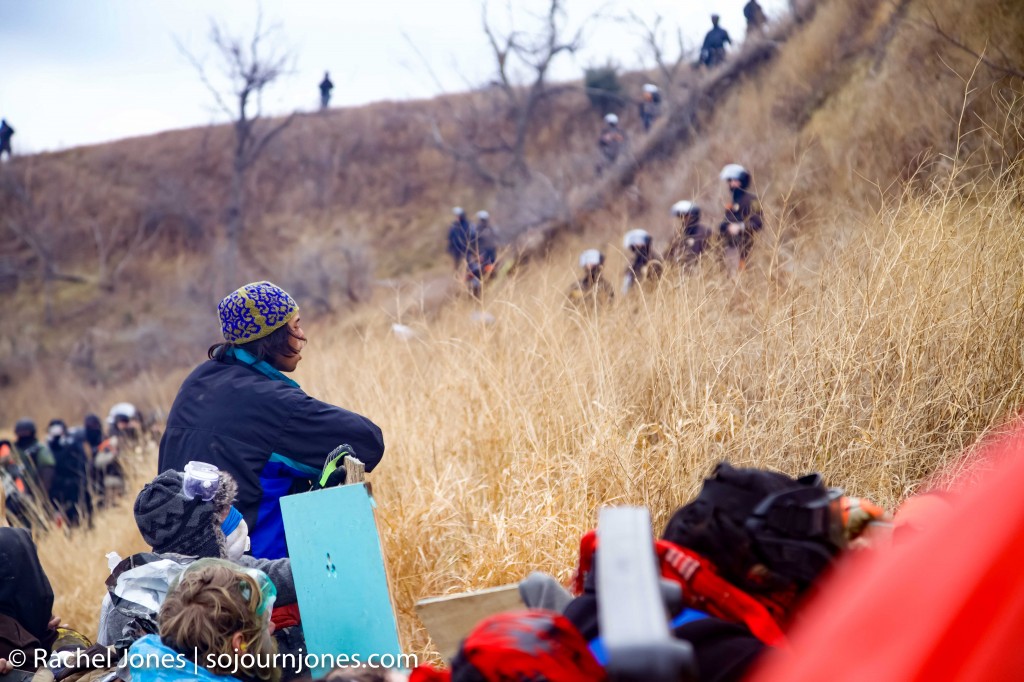 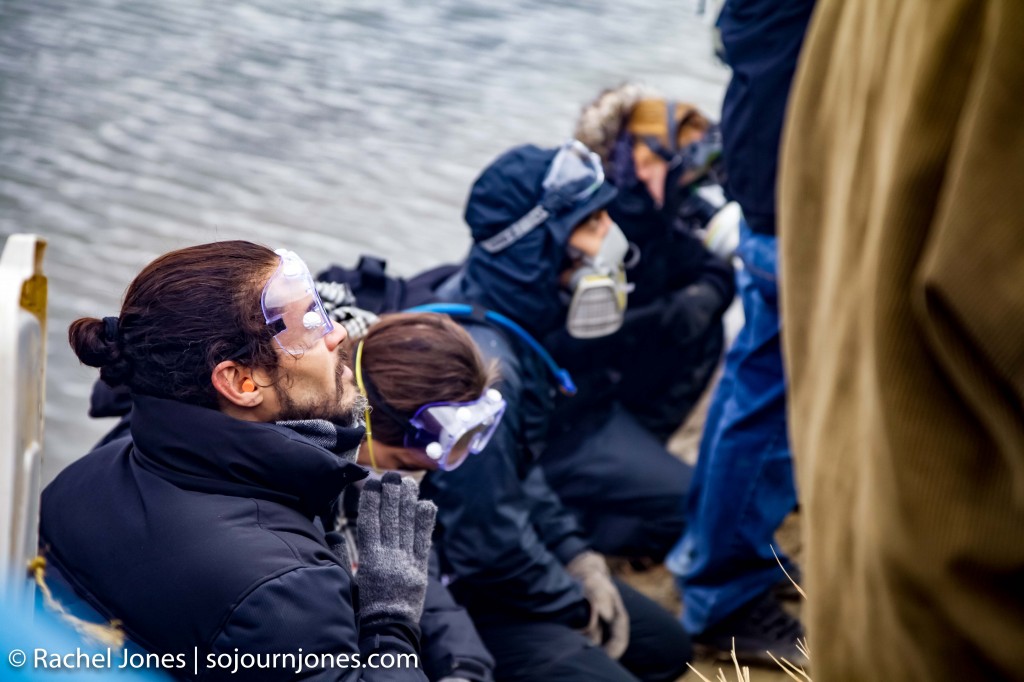 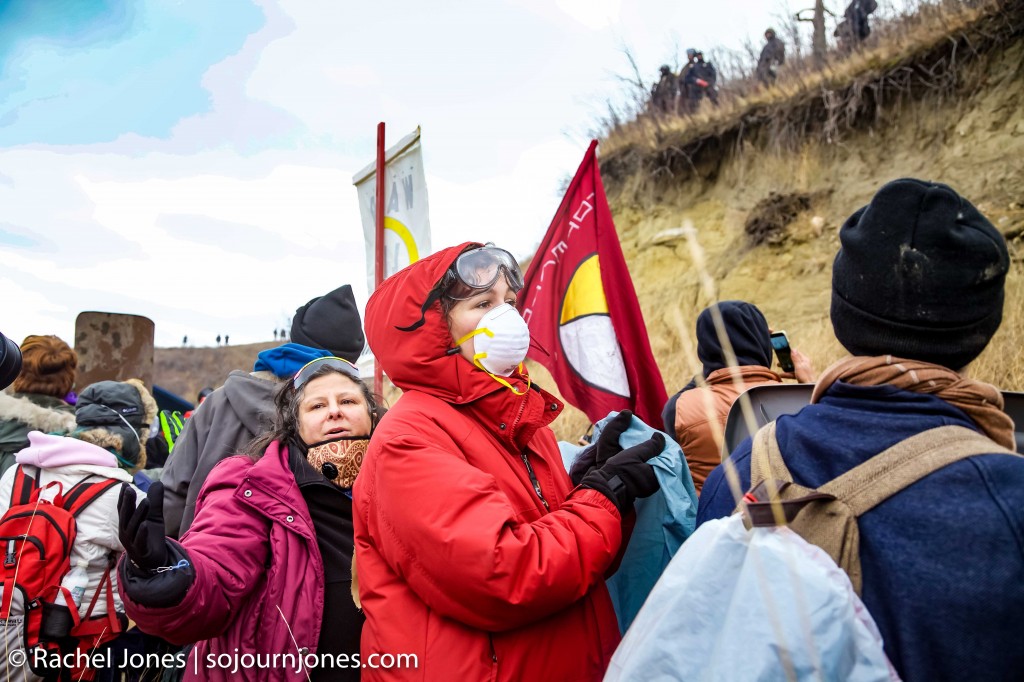 Water protectors sing, “Water heal my body. Water heal my soul. When I go down down to the water, by the water I feel whole,” at the base of Turtle Island on November 24, 2016.

While many Americans prepared their Thanksgiving dinner, on Thursday, November 24, 2016, water protectors from all over the country and world marched to Cannonball River, where they held prayer, built a bridge, and crossed the river to Turtle Island.

Water protectors sang at the base of sacred burial site Turtle Island, while armed police stood atop it. Prayer was held in peace. 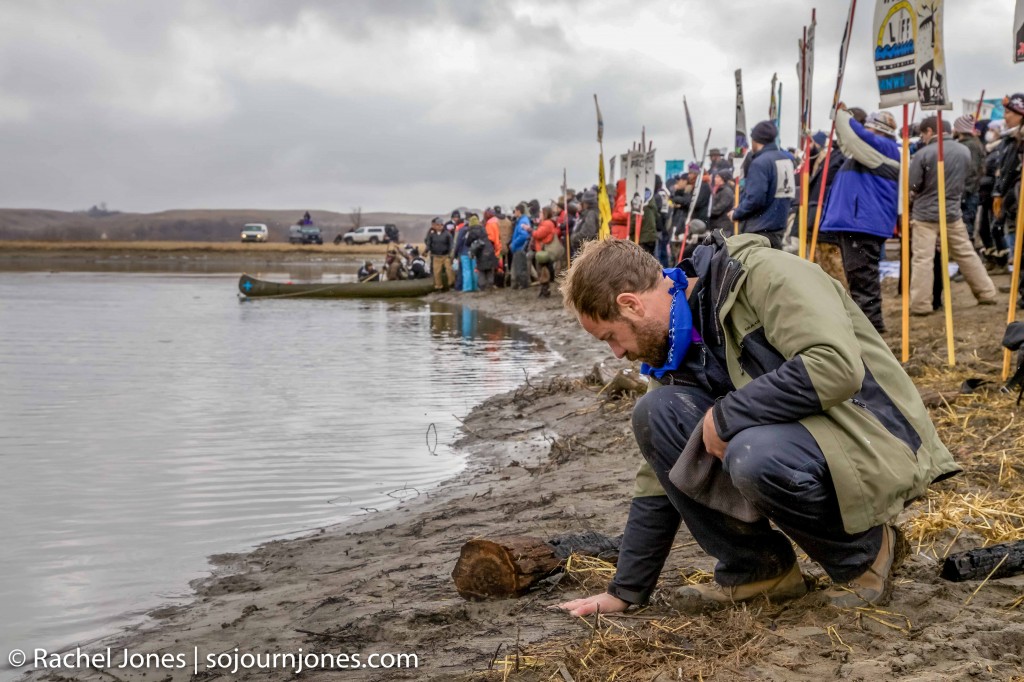 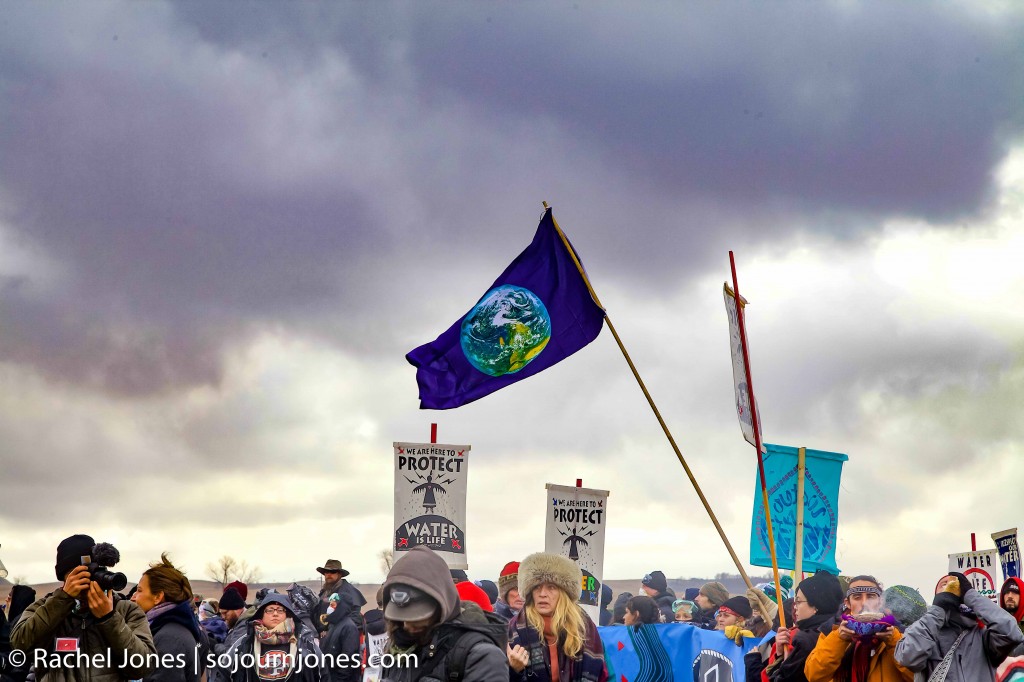 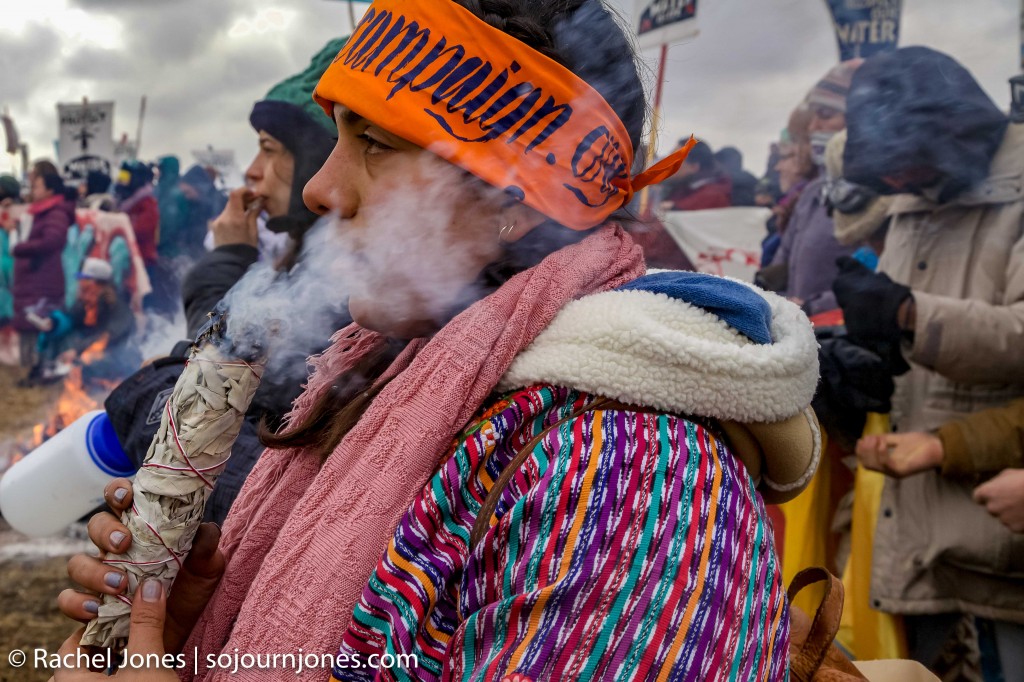 Phanie, 26, stands in prayer with sage facing Turtle Island from across Cannonball River on November 24, 2016. 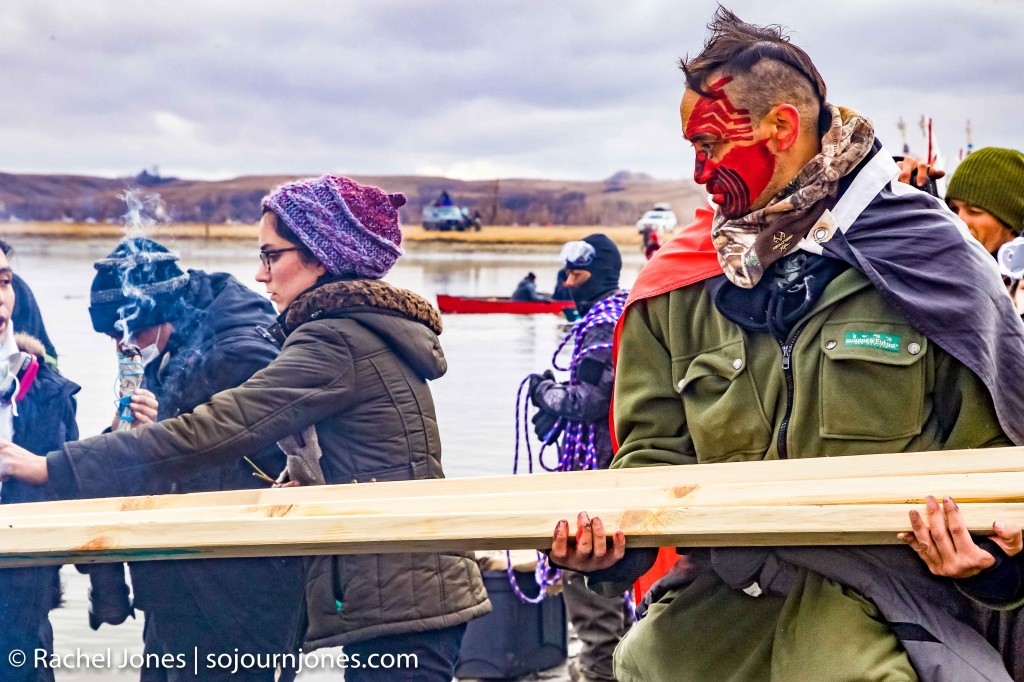 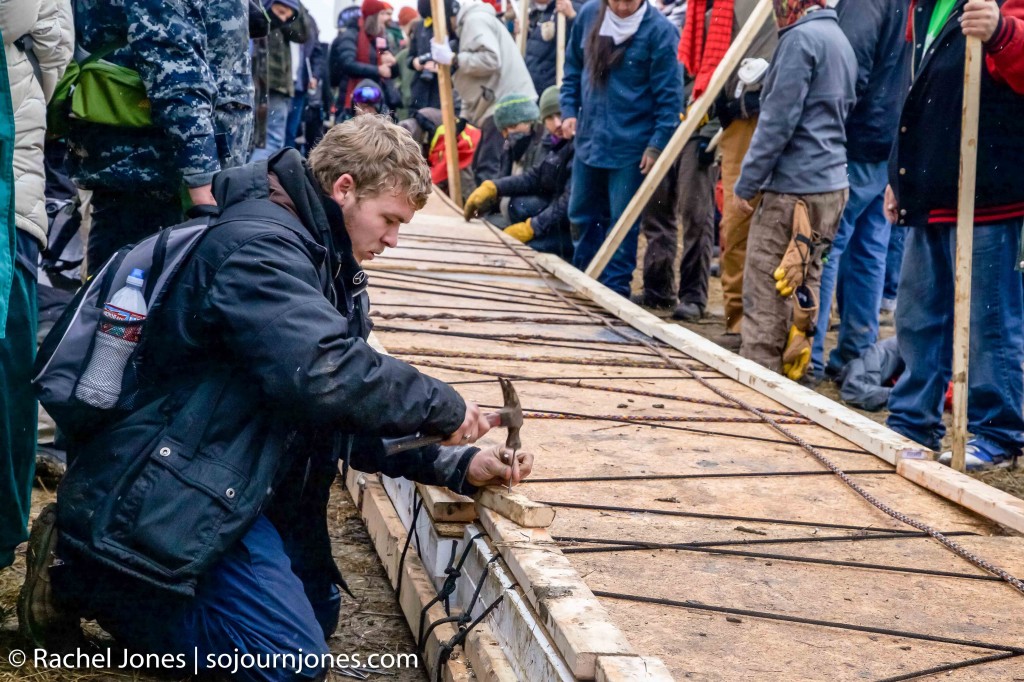 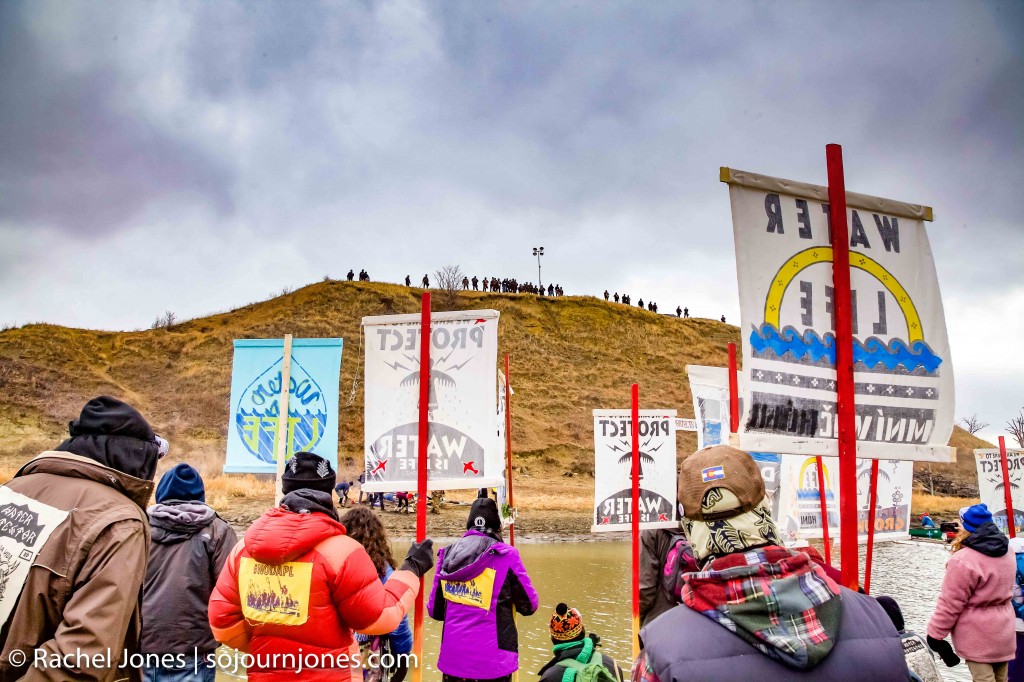 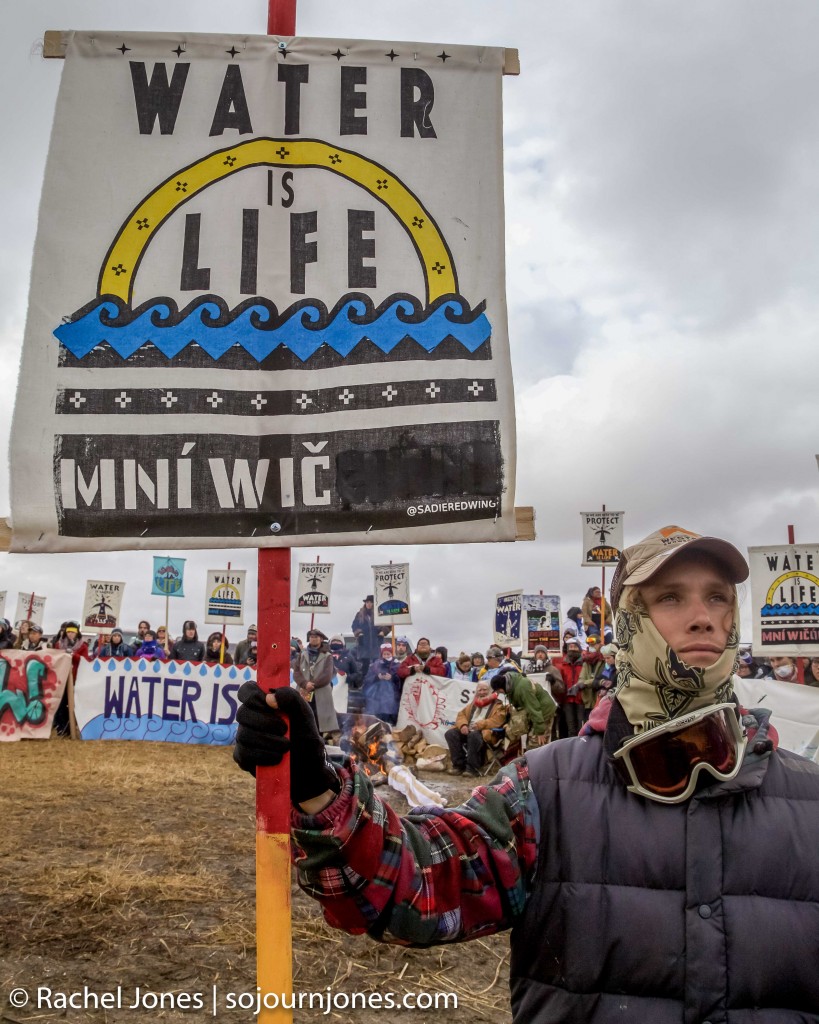 Douglas Anderson School of the Arts in Jacksonville, Fla., put on the musical production “Parade” November 2016. One of my photos was featured on http://www.broadwayworld.com/jacksonville/article/BWW-Feature-PARADE-Marches-In-to-Douglas-Anderson-School-of-the-Arts-with-Lessons-to-Teach-20161114 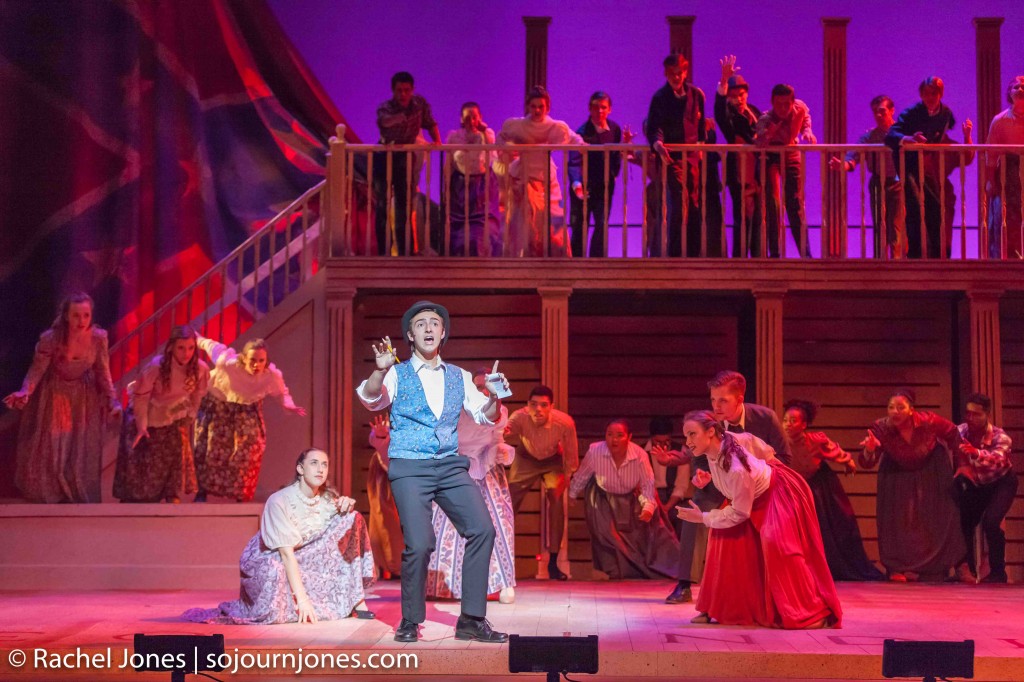 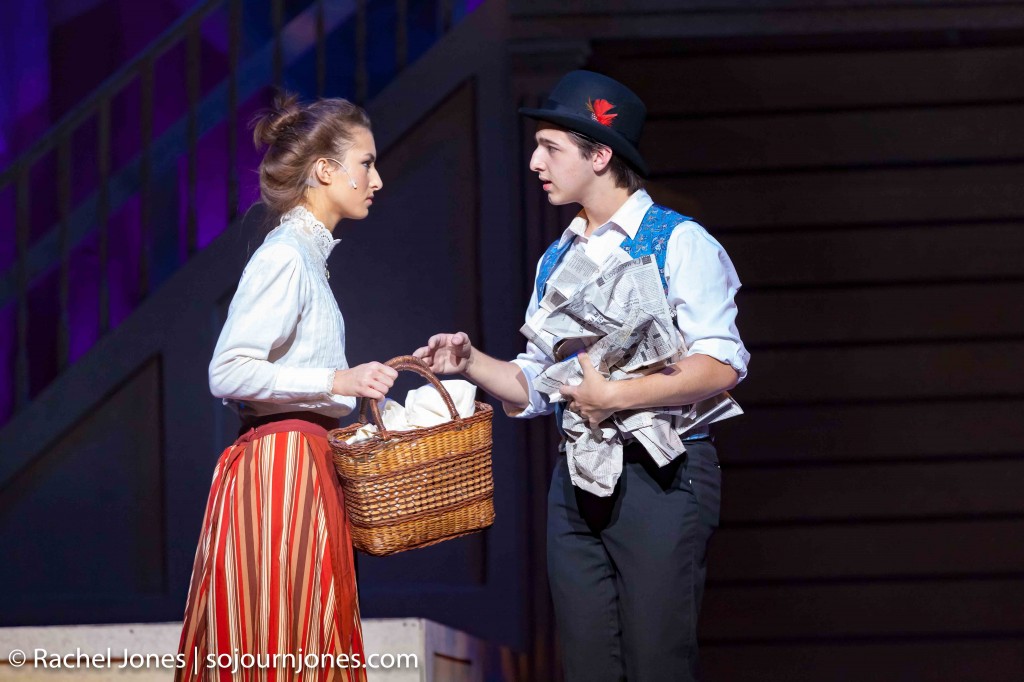 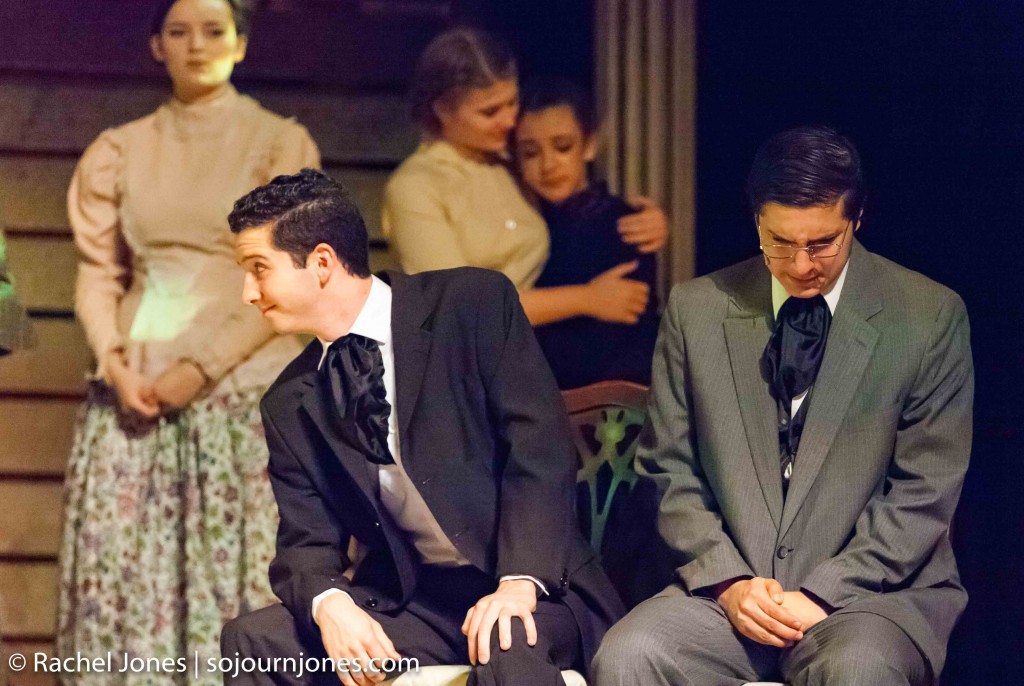 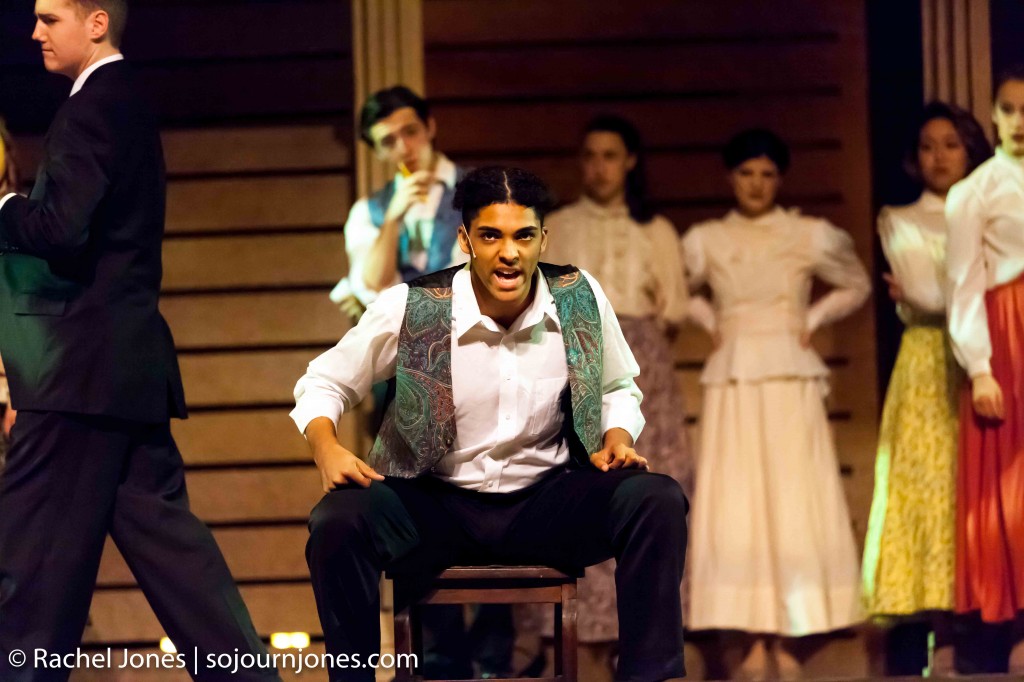 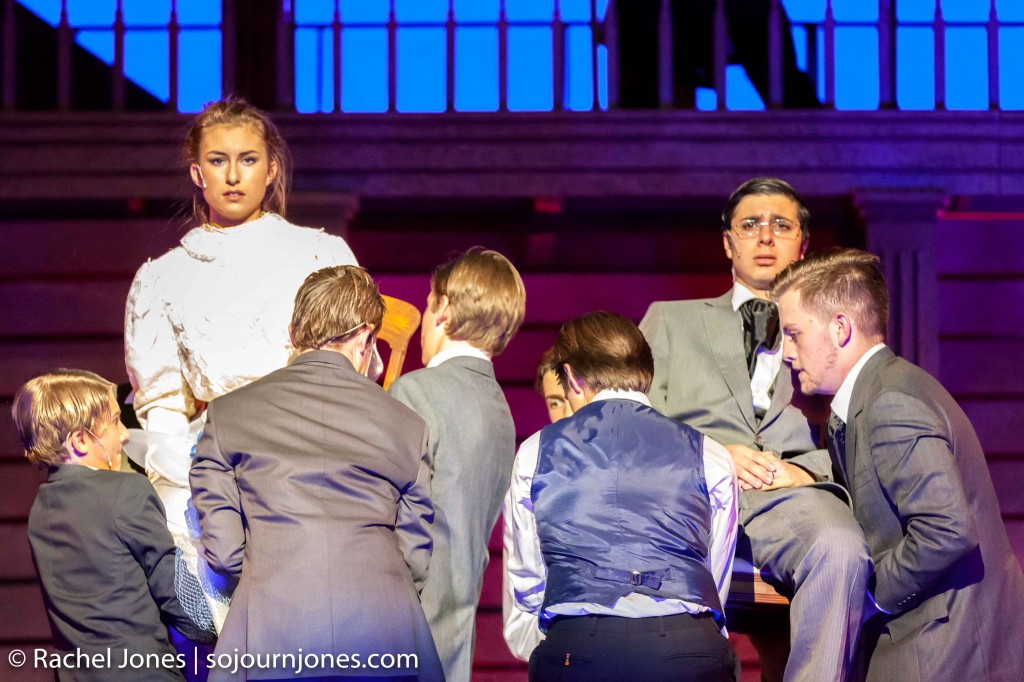 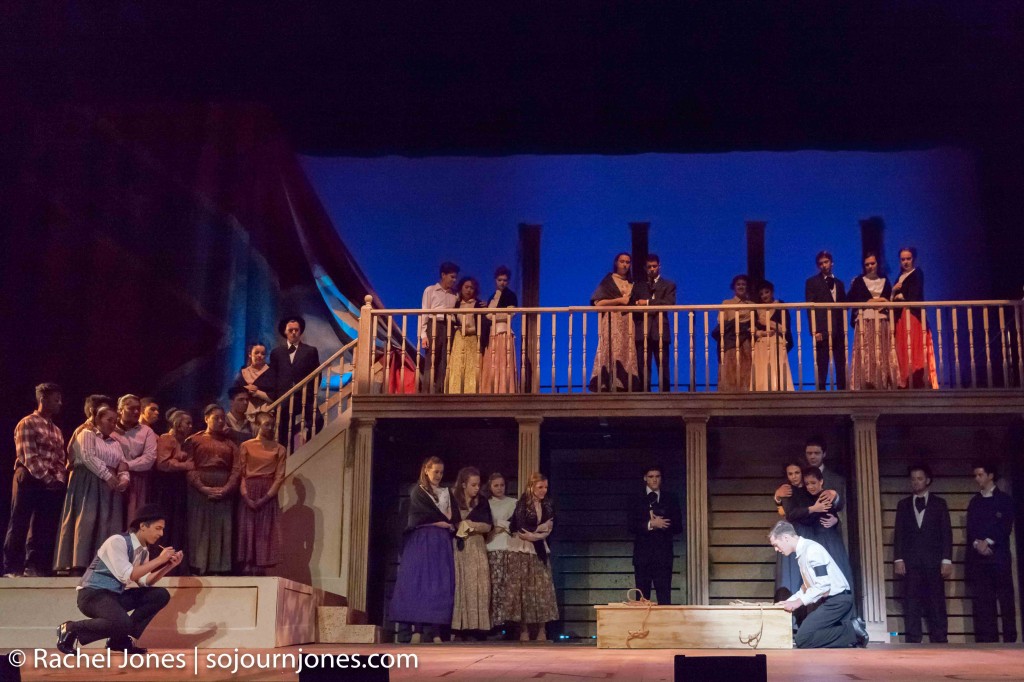 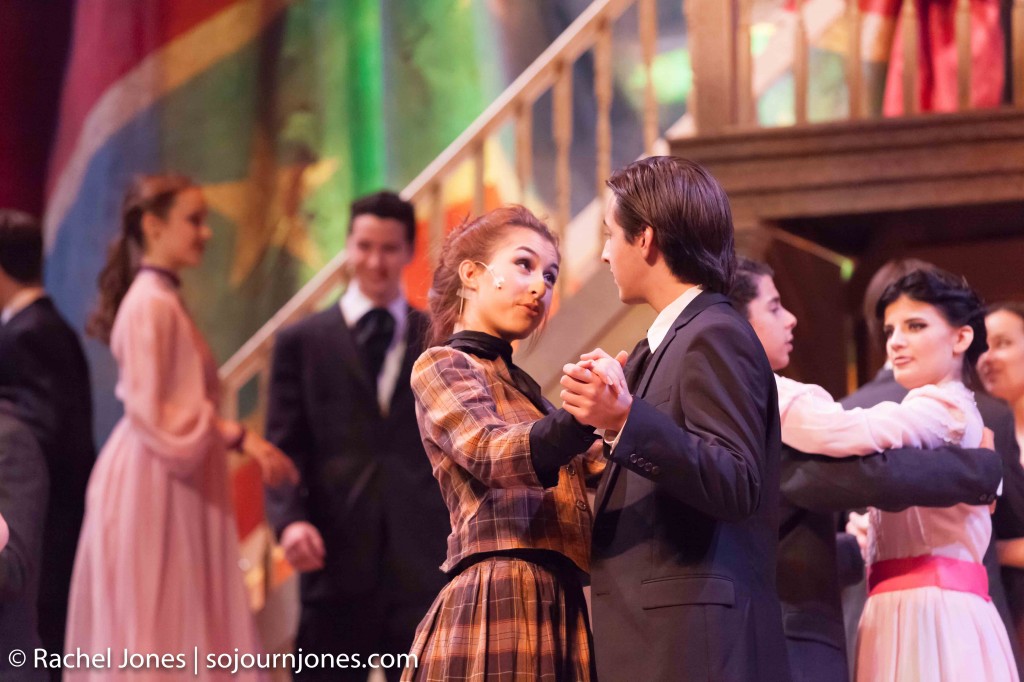 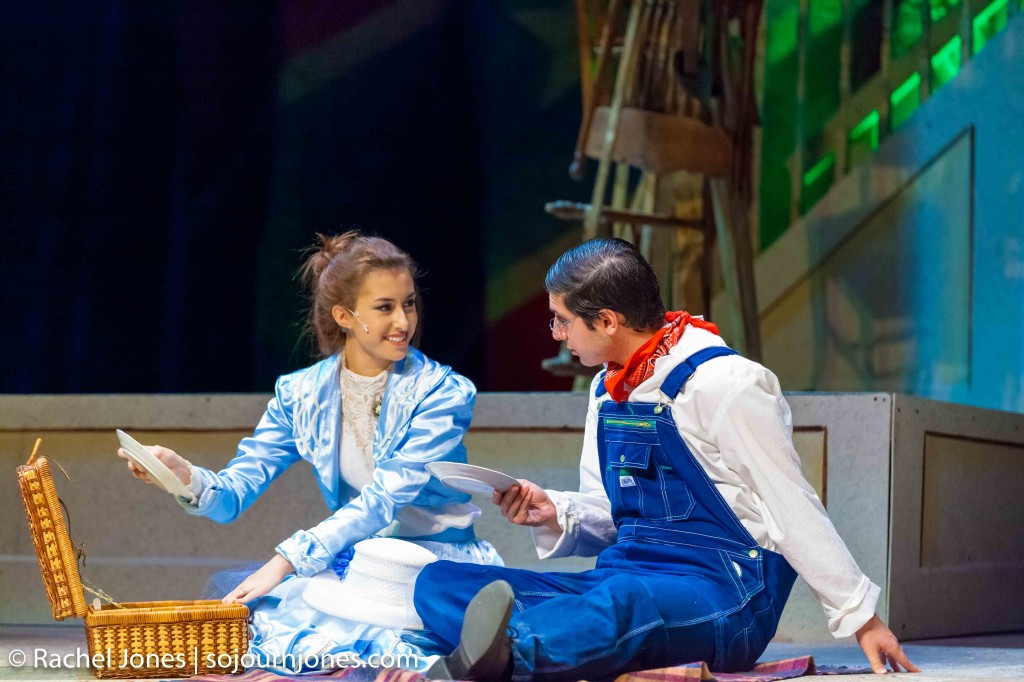 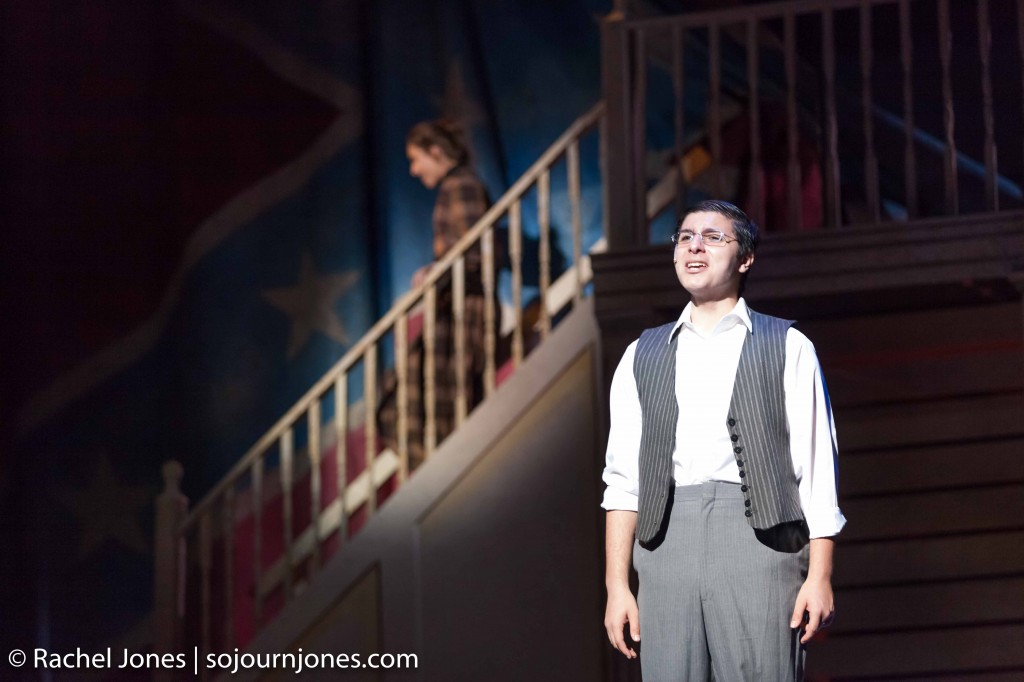