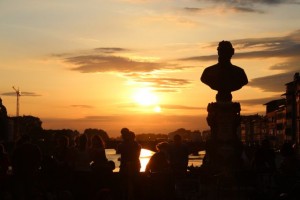 After 16 hours on four different trains and a bus, we made it Florence. A train from Prague to Wien(where we didn’t get off at Meidlings like we were supposed to[by the time we got our packs on, the train was rolling again!!], so we went a stop down and caught one back and so delaying our arrival by two hours…

We took a night train that left at midnight from Prague — definitely an experience. As I generally sleep on trains, it was pretty cool to actually have a place to lay down, much less harsh on the neck. They even brought two tablespoons on coffee on a tray with bread in the morning!

When we arrived friends were awaiting us. We dropped our packs at their place(where Napoleon lived, no big deal) and went for the best pizza I’ve ever had, at Gusta Pizza. We 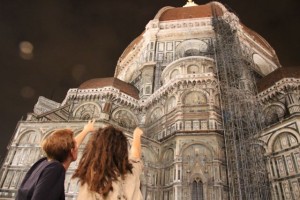 then proceeded to walk around Florence with bottles of vino, the proper way to spend a first evening in Italy. 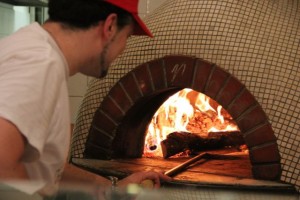 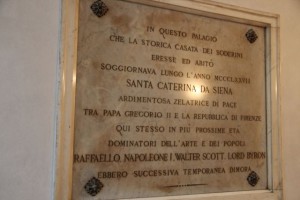 It was so damask in that apartment that we didn’t wake up til the afternoon the next day. We had to scurry to make it to the Uffizi, as they’re closed on Mondays, and we’re headed out again Tuesday morning. We made it, and saw the Birth of Venus, of course, but my favorite was by Piero Del Pollaiolo, the “Temperance, Faith, Charity, Hope, Justice, Prudence” piece. 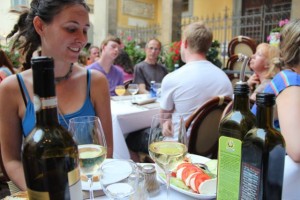