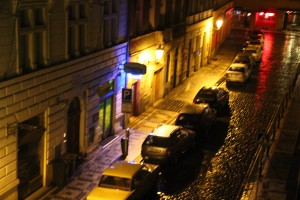 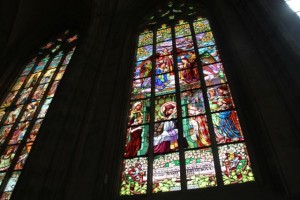 We woke up with twenty minutes to go before we were supposed to be all packed up and checked out of the hostel. Somehow the alarm didn’t go off(…it was switched to ‘off’)– oops. We were supposed to be on a train that morning to Kutna Hora, but we just caught a later one and it was all good. 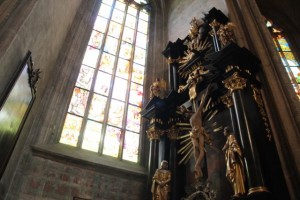 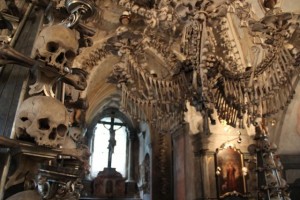 We took a bus to somewhere in Kutna Hora and walked up to one of the churches– but not the one we wanted. I went in to ask directions to Santa Barbara, the huge cathedral, and the woman told me she spoke better Spanish or German than English. We then proceeded to have a quatra-lingual conversation– Czech, German, 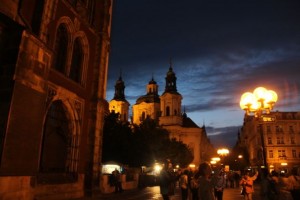 English, and Spanish– and guess what? We made it to the Cathedral.

After being blown away by stained glass and the incredible organ and all, we caught a bus to the Kostnice Sedlec Ossuary –aka Bone Church. Pretty weird.

We caught a train back to Prague, and I ate traditional Svickova na Smetane: meat and potato dumplings with a nutmeg sauce– not too shabby. 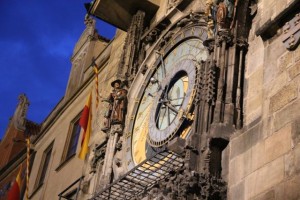 We found it, and then proceeded to wander around Prague buying different foods until our Crowns ran out.