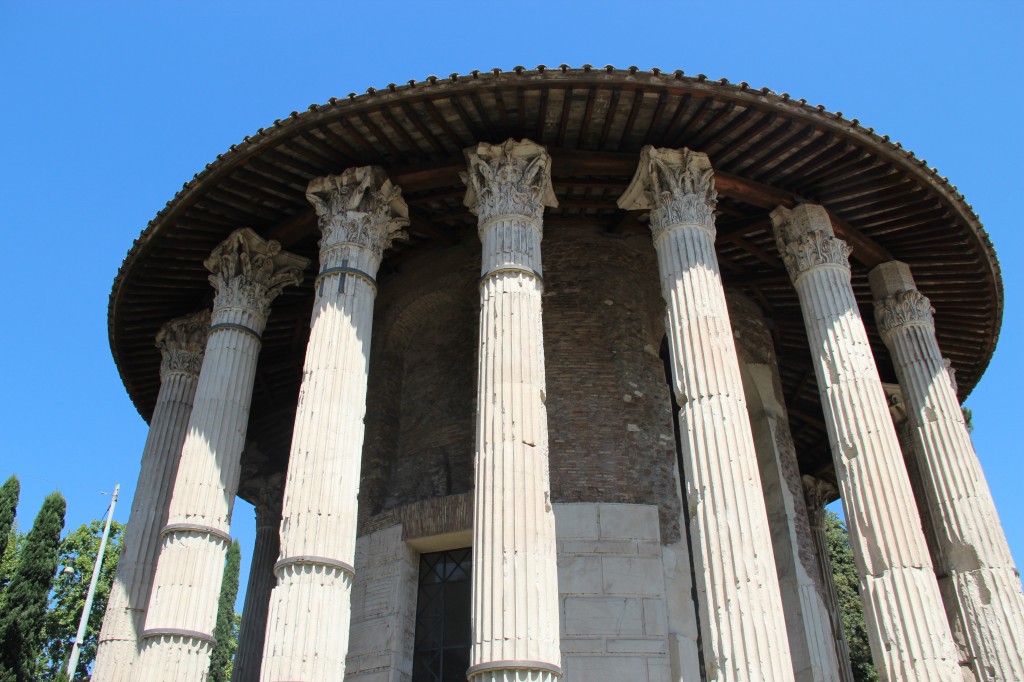 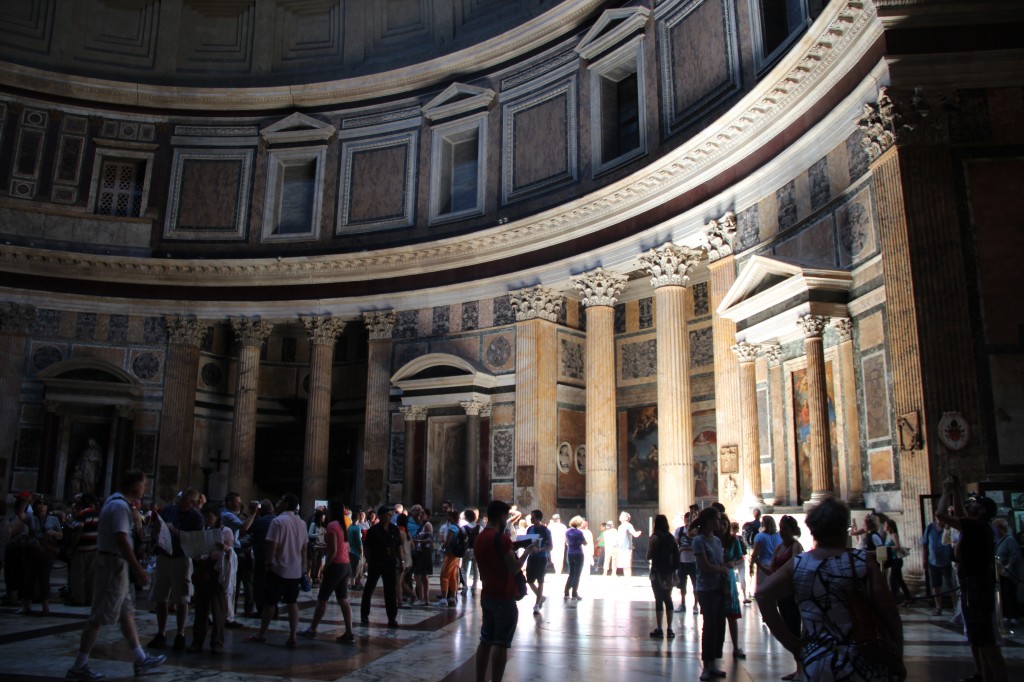 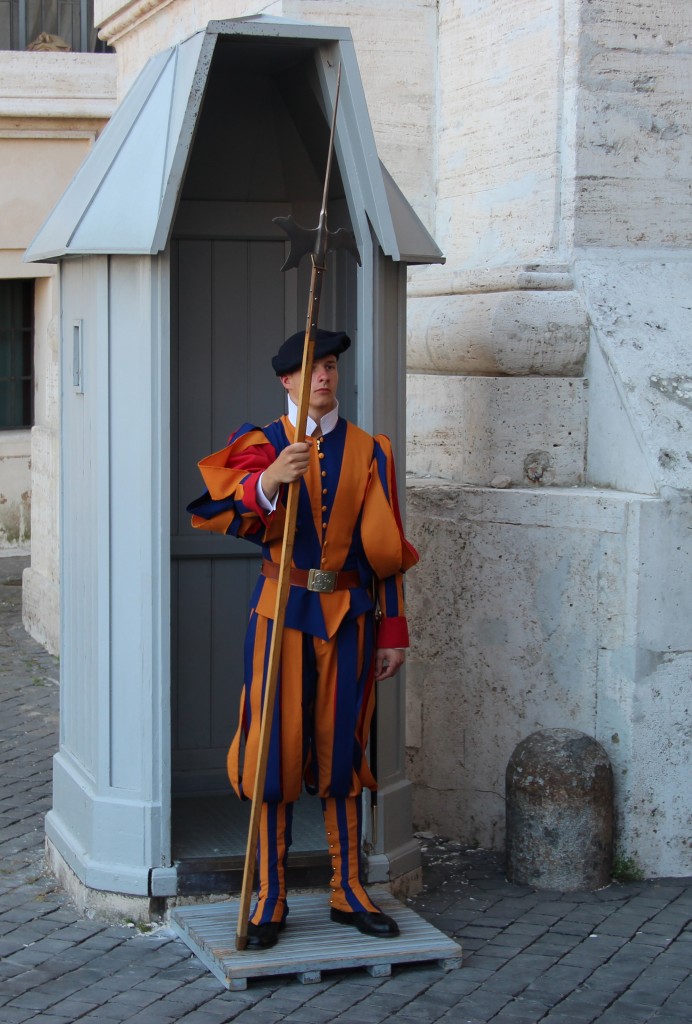 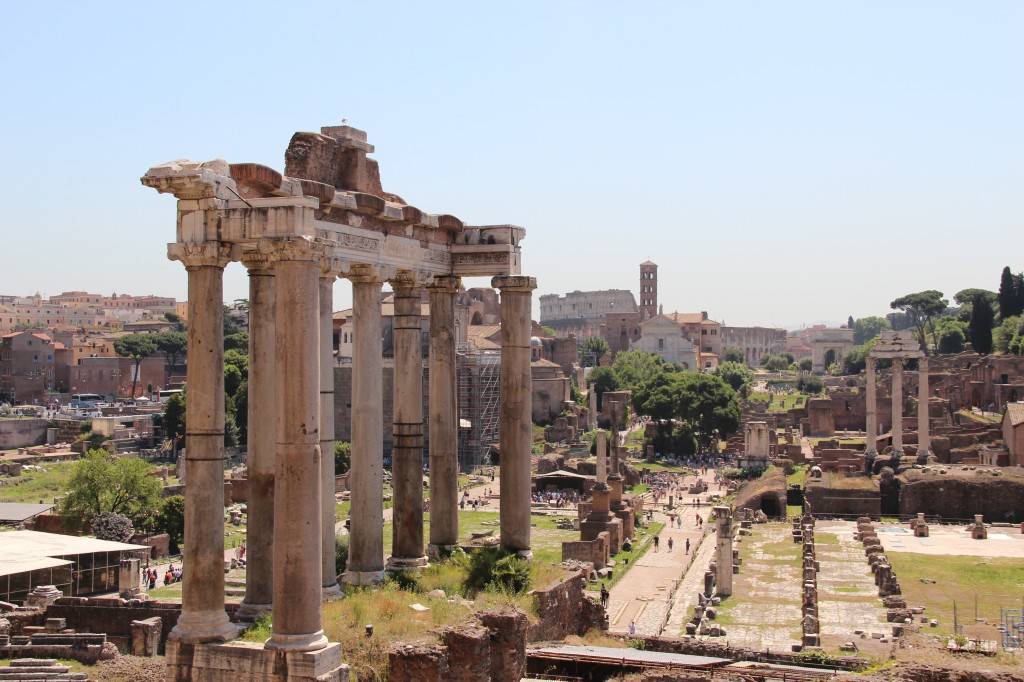 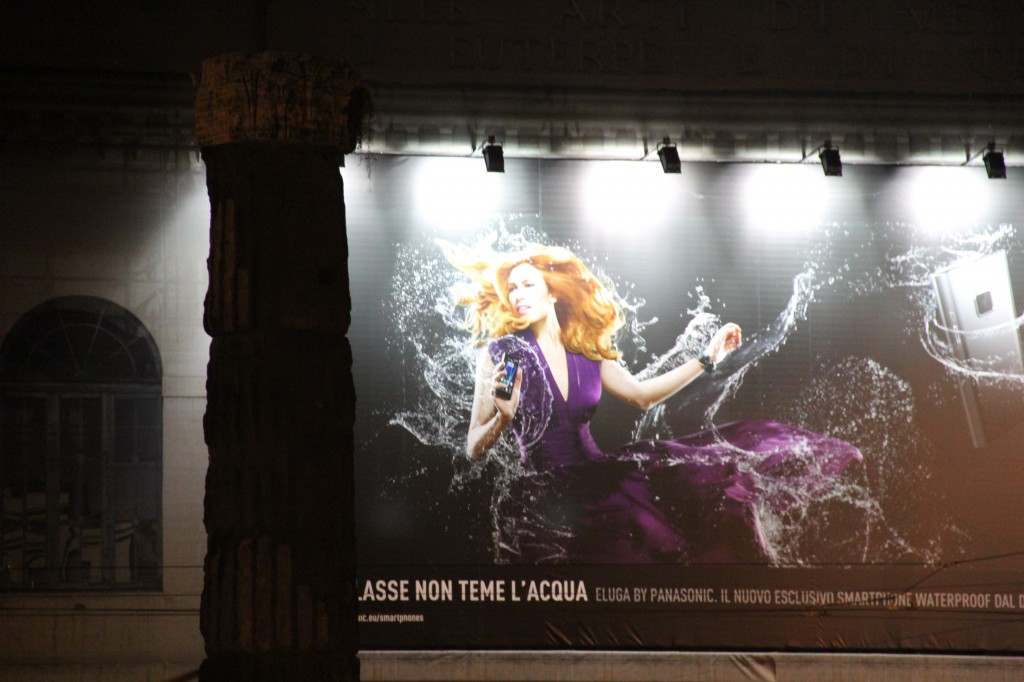 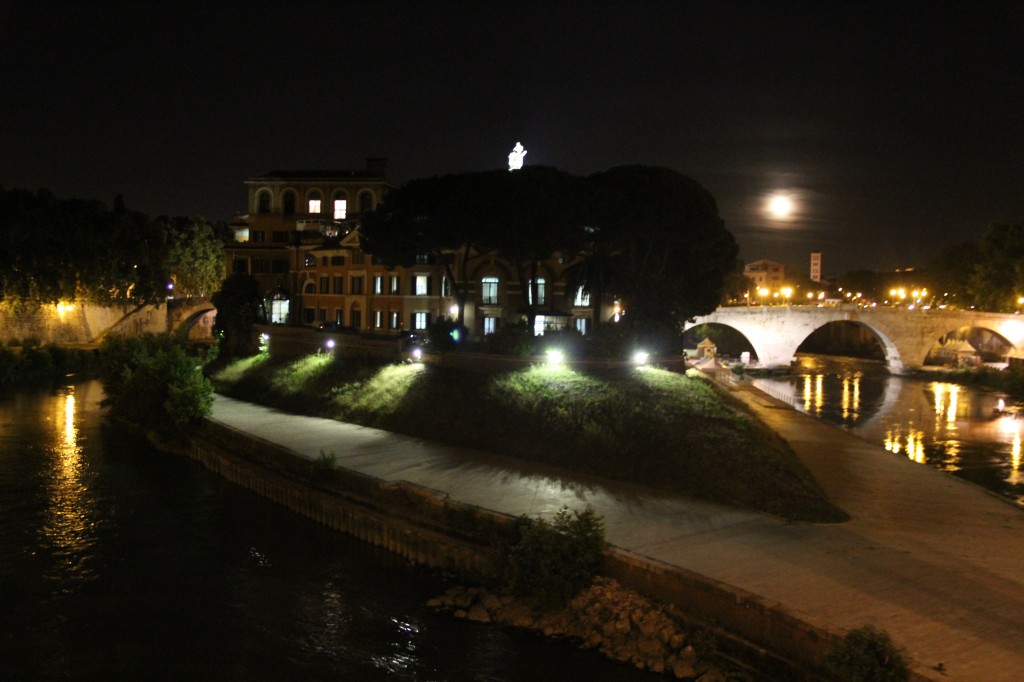 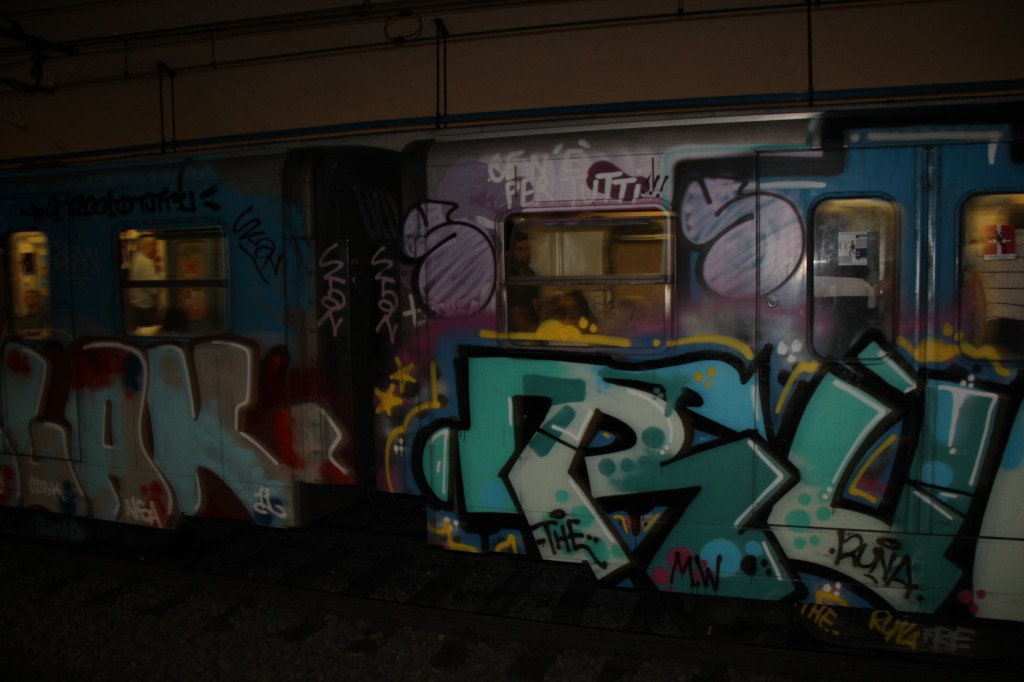 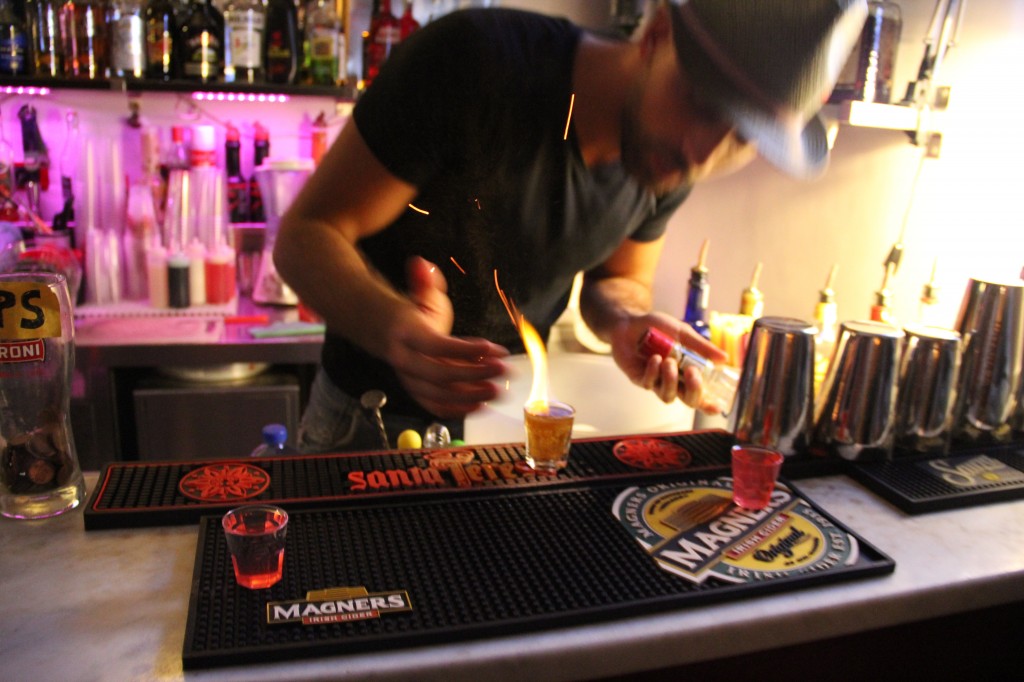 We arrived in Rome Tuesday evening, met up with my best friend from the fifth grade(who I haven’t seen in a decade) and grilled burgers on her balcony reminiscing over good ole Catholic school days.

We walked to the smallest country on Earth, where we realized we had made it to Rome in perfect time to catch papal mass, which occurs in the Vatican in front of St. Peter’s basilica every Wednesday.

But of course, you need a ticket. And you need to get the tickets ahead of time…which we hadn’t done.

We awoke early enough anyway, put on our dresses(shoulders covered, thighs covered—there’s a dress code), and starting headed down to the Vatican walls. Parallel to the wall, a man walked near and asked, “You girls speak English? These are for the Pope.” And in his hand were two tickets for papal mass that morning.

We got there a little after eight, so we had pretty good seats. The Pope came gliding out a little after 10:30 waving to a mass of cheers from all over the world. He stood on this white Toyota that encircled the crowds and was surrounded by men in suits. The vehicle even made it up the steps of St. Peters, where he got off and sat in the shade.

The following proceedings included a calling-out of the many “groups of pilgrims” who had made it here today, including a chorus from Sri Lanka, who had the reserved seats directly in front of us, and a choir from Singapore, caddy-corner to us. During the wait that morning, they sang back and forth and even joined forces for the Hallelujah when the Singapore conductor brought in the Sri Lankan choir with a wave of his hand.

The most mass-like thing was the “Our Father” led by the Pope in Latin at the end. It was printed on the back of the ticket, so we all could join in with him. It was quite an experience.

Following mass, we evaded the crowd and snuck down a side street for gelato and a sandwich. We then caught the A line to Termini and caught the B line to Colloseo to see the Colluseum, and the archeological site with the Forum across the street.

Bailey and I stomped and cheered in the passageways of the Colloseum, trying to envision the energy of the people the events brought there, but not so much the gore of the games.

That night we went out for drinks and aperitivo, appetizer-like foods brought out like pre-dinner snacks with drinks, served all over in bars in Italy. After, we went out for a cannoli – cinnamon crust, with a ricotta cream with chocolate chips and pistachio(mmm).

The next morning, we walked to the place of chariot races and bath houses in Circus Maximus(The stop on the train says Circo Massimo).

We stopped by the Mouth of Truth(if you’ve lied, your hand will get bitten off! Watch out for the scorpions…) and then walked across the street to the Temple of Hercules.

We saw a fountain designed by Bernini, with the four major rivers represented, the Niles’ face turned away since they didn’t know where it started.

We walked in the Pantheon, which was free because it’s technically a Catholic Church now, and it was great, but the number of people in that place was discomforting. It’s pretty big, but seeing the floor to take in the space could have been cool. There was an even worse problem in the Sistine Chapel, and no respect there –yes, Micheal Angelo painted it, but it is a chapel and we’re asked to keep it down and not take pictures. It was almost overwhelming to be in there with so many colors, people, and noise.

After the Pantheon we went for the oldest gelato place in Rome, and arguably one of the most popular– Giolitti.

We made it to the Spanish Steps, the Trevi Fountain, and the oldest McDonald’s in Rome before heading from the Spagna stop down the line to the Vatican again, where we went in St. Peters and then the Vatican Museum. By the time we finally made it to the museum, our feet were beat.

That night we had delicious Roman pizza at Falcini.