The first destination we set off for in London was Camden Market. We got tube tickets and caught the Victoria line to London Victoria and then the Northern line straight there. After sufficient haggling, we each came out with a dress. I also found the leather jacket I needed. The original price was insane, more than the one I’d been eyeing through the window in Florence. But it’d been marked down a bit, plus I had a straight up I’m-not-spending-more-than-this limit. (The limit was backed by the literal amount of pounds I had in my wallet.) 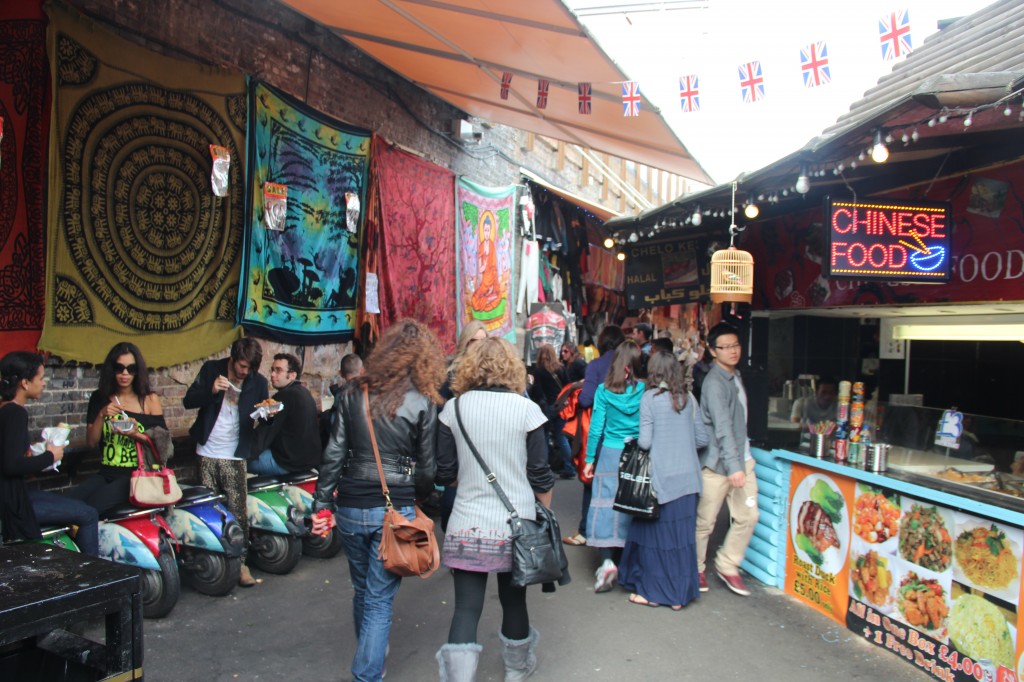 We walked all over mad Camden town, seeing all sorts of people dressed all sorts of ways. We got some Chinese food(I hadn’t had it in ages) and a crepe for kicks. The crepe was all sorts of can’t-even-compare-to-Paris horrible, but not unexpectedly so; we enjoyed it for the nutella and bananas. I still don’t understand why good crepes can’t exist outside France.

We began to wander a bit outside Camden town and as we were walking over a bridge I stopped. “I hear a guitar,” I said to Bailey, and went over to the side of the bridge to try to find the source of the music. I recognized “High and Dry” by Radiohead, but it was a woman’s voice singing it. And it was beautiful. I was about to hop over the side so I could tell her this when Bailey said she saw a guitar case across the river. There was a sidewalk there, so there must be a way down.

We walked around the block to the stairs down to the river walk. We made it down, but I saw a woman with a guitar case walking in our direction. She had packed up and was heading out.

Her name was Adeline Addruse and she sings under Regent’s Park Road Bridge every weekend.  Busking is illegal if you don’t have a permit…but you can’t get a permit for busking.

“It’s not busking if you don’t leave out a tin, or your guitar case open for money, and I don’t.” Addruse said. She does it just to sing and get back into music.

Eighteen months ago her son Cassidy was born, and that’s when she realized life’s too short. She quit her job as and insurance broker and is now a self-employed baker, who plays and sings under a bridge every weekend.

Addruse wants to do music, and is working on getting out of the self-sabotaging mindset so many people find themselves caught in. Yeah, she wants that 1700 pound Martin so she can record her music properly, but she doesn’t need it, at least—that’s what she’s trying to convince herself.

But she’s been doing music on weekends, and after she puts her son to sleep at night.  She asked if I knew of Tallest Man on Earth, see he’s just one guy but has a ‘band name’ rather than goes by Kristian Matsson. He’s quite a storyteller with his words and music. I asked what she’d go by. She said “Meet George Brown”.

I told her it works.

I told her of my traveling, and she told me of a guy who travels the world using and gaining miles from his credit cards. Chrisguillebeau.com

She had dinner waiting, and we had all of London to see, so kept walking along the river, and she walked the way we came. We made it to the locks, and found ourselves right in the heart of Camden again, but Addruse had mentioned a view of London worth seeing nearby, Primrose Hill, and we set out to find it. It wasn’t hard, just walk towards the green, and up. We did, and found a bunch of others there, too. Some runners, some readers, some folks on holiday or just enjoying the evening.

We thought about heading back, but passed a corner with a sign that said “Blues all night.” I can appreciate some blues.  We decided to stop in for a beer. 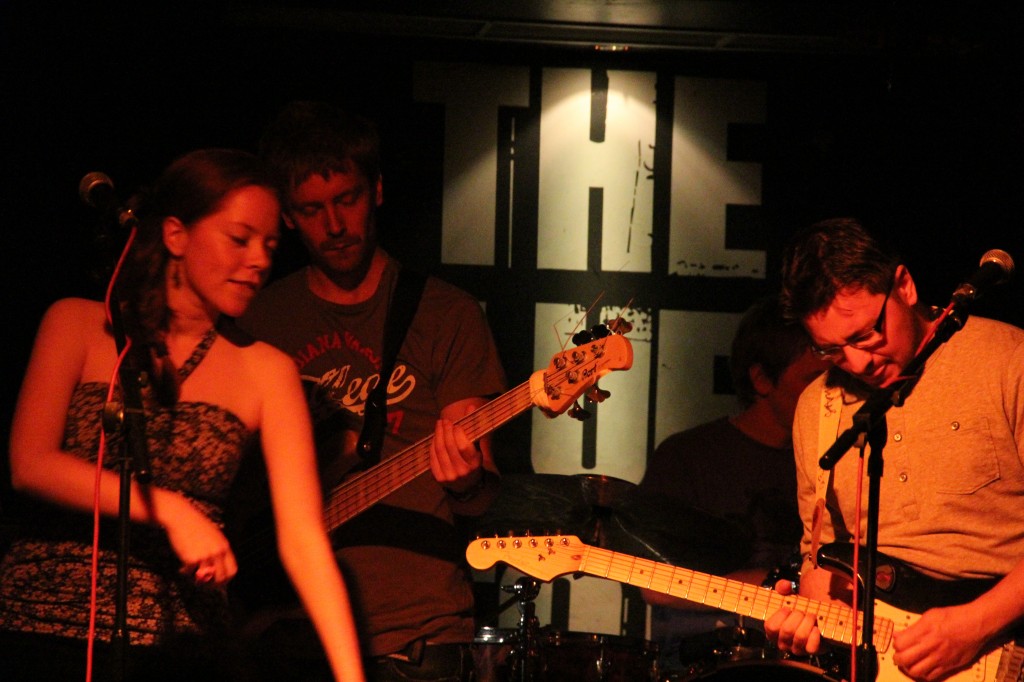 One beer turned to two(the music was –really– good), and then the rest were bought for us, by a guy from Japan, some guys from Brazil…we met some cool people that night, and enjoyed good music. Made me a little homesick, I guess I never expected to find myself at a blues bar in London, but there we were, and it was awesome.

The over ground trains had stopped running by the time the bar closed. We wandered around searching for buses, eventually finding one that took us back to Crystal Palace. It was a bit late.

We made it, though, and woke up with enough time to pack and get tickets for a bus-ferry-bus ride that night to Cork, Ireland. Leaving from the bus station near London Victoria at 7 p.m. that night, and arriving in Cork the next morning, 10:55 a.m.

The bus ride was the longest I’d been on. Rough on the neck. I read while it was light out, and a little into darkness. Then all that could be done was sleep (not so comfortably). The ferry had couches to stretch out on, but they tended to be by the windows, which meant it was freezing. Of course, all our clothes were inaccessible, in the bottom of the bus. The couch was nicer on my neck, but I wore the leather jacket I bought in Camden town the whole way, and I was still cold.

But the ferry made it to port, and the bus made it to Cork, and we were picked up at the station by Bailey’s relatives, and went back to the house for tea and bread (“Bread makes you fat?!” – yes, yes it does, trust me I’ve had a fair lot of it…and will certainly be running hardcore when I get back to the States). We showered away the bus-feel, and I read a bit on Skibbereen’s history(the potato blight, the famine) before we packed up the car and headed to the cottage there.